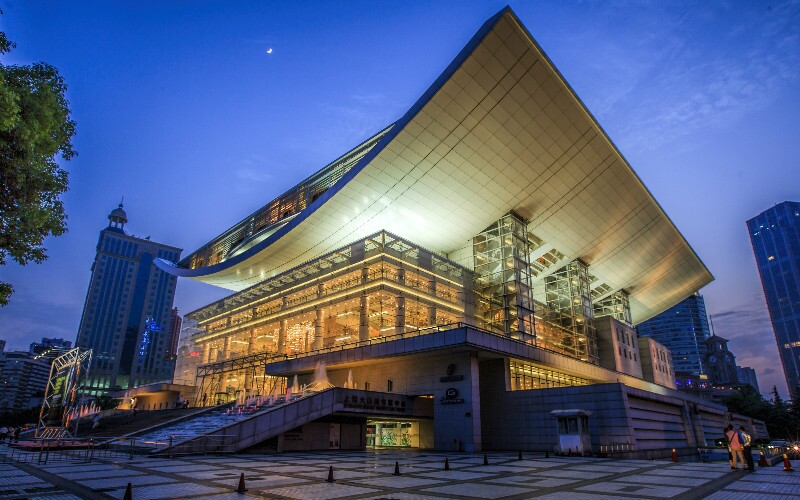 As a landmark for the city, Shanghai Grand Theater has staged over 6,000 operas, musicals, ballets, symphonies, chamber music concerts, spoken dramas and various Chinese operas since the its opening on August 27 of 1998. 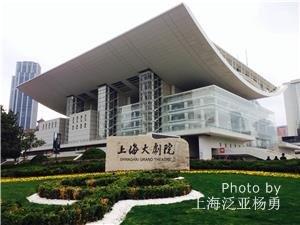 The Great Theater is decorated in traditional French style. It’s three tiered seating has 1,800 seats. 1,100  on the first layer, 300 on the second and 400 on the third, which also serves as a performing stage for ballets, operas and symphonies.

Luxuriously decorated with comfortable chairs, the Middle-sized Theater is on the first story and has over 600 seats. It’s an ideal place to hold various kinds of meetings and small-scale art performances. Shanghai local operas are often held here.

The Small-sized Theater is on the fifth story with an area of 400 square meters (4,306 square feet), and it accommodates about 300 seats. It’s an ideal place for a fashion show.

The 2,000-square -meter (21,528-square- feet) hall serves as recreational area of Shanghai Grand Theater. From the ceiling large-scale crystal chandeliers hang, and its ground is decorated with Greek-style white marbles, giving the audience a sense of holiness and elegance. The ship-shaped banqueting hall is on the top of theater, from which visitors can have a panoramic view of Shanghai People’s Square. It’s composed of a 1,000-square -meter (10,764-square -feet) Star-Watching Hall and a VIP hall.

A 1,600-square -meter (17,222-square -feet) western restaurant is also available in the theater, which is a romantic place for lovers to have dinner. A 250-meter (273-yard) long art gallery is also available in the theater. In addition to perfect theaters and halls, Shanghai Grand Theater is also well-equipped with modern recreational facilities, including VIP halls, cafe bars and a large parking lot.

A number of operas, ballets, symphonies and touring concerts have been successfully held in Shanghai Grand Theater since its inception in 1998, and has become an important window of communication of Chinese culture and world culture.

In addition to Shanghai Grand Theater, you can to visitYuyuan Garden , the French Concession, the Bund, Shanghai Museum, Shanghai Jade Buddha Temple and the Oriental Pearl TV Tower during your Shanghai travel. Huangpu River night cruise is another highlight for visitors who want to explore the night scene of Shanghai, all of which can be arranged by China Highlights.

See our Shanghai tours, or contact us and let us arrange your own tour including Shanghai Grand Theater.

Note: the theater is closed to travelers, and the reopening date is still unknown.