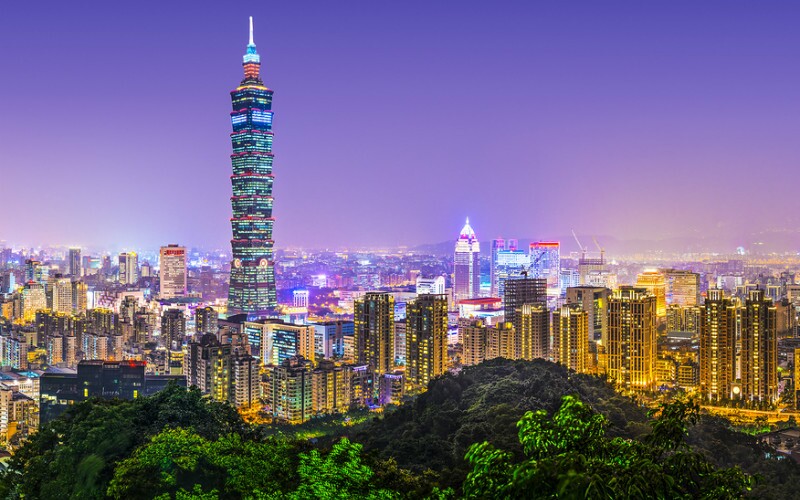 Visiting the Taipei 101 Tower site should be on your list of things to do in this exciting city. Beautiful in spirit and design, one notices immediately that its spire is architecturally influenced by the bamboo plant, native to China.

Taipei 101 Tower was the tallest building in the world from 2004 to 2010, when it was surpassed in height by Burj Dubai.

A mall is found at the base, and visitors can shop after visiting the tower. Upscale shopping as well as a supermarket are all part of the excitement. Built to withstand earthquakes and typhoons, the architectural marvel of Taipei 101 Tower will make your visit to Taipei a truly memorable experience.

With a height of 1667 feet or 508 meters, Taipei 101 has the distinction of being the third tallest building in the world, and tallest outside the Middle East. Its spire adds to its height, and the total makes it higher than the Kuala Lumpur Petronas Twin Towers. The name, Taipei 101, is derived from the fact that the building encompasses 101 floors.

It was originally known as the Taipei International Financial Center. Fast moving elevators whisk the tenants to their floors, as well as visitors to the observation deck on the 89th floor in 37 seconds. It is considered the second fastest elevator in the world and is a must-do on any traveler's list.

Symbolism in the Design

Influenced throughout by the spirit and culture of the Chinese, the first thing one notices about Taipei 101 is the influence of bamboo on the outside spire. The pagoda shape is also very evident inside and outside.

The number eight, considered lucky in Chinese culture, has been incorporated by the use of eight sections of the outside building.

You will enjoy a trip up on the high speed elevator at 55 feet per second and the marvelous views of Taipei; then dine at the highest restaurant in the country, Ding Xian 101. Reservations should be made to secure a table.

On the 35th floor, Elly's Flower Cafe is found and is known for their marvelous coffee and tea as well as western style lunches and dinners. Visitors should call to reserve their table at (02) 8101-0539. Two more unique restaurants can be found on the 85th floor.

Located in the heart of the city, the Tower is surrounded by department stores, a theater, businesses and a skywalk. The area is a short walk from the MRT station of City Hall on the Blue Line. On foot, it usually takes 15 to 20 minutes from the station; Taipei 101 Tower is located on Hsinyi Road.

The price of general admission to the indoor observation deck is NT$350. Children below the height of 100cm are admitted free. Concession tickets are $320.