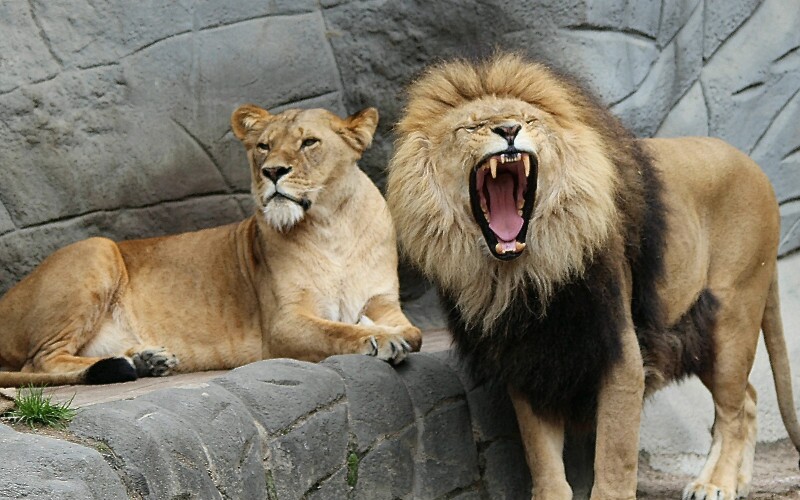 Guangzhou Zoo, located on Central Xianlie Road, Guangzhou City, is a zoo which was built and opened in 1958. It covers an area of 42 hectares, and currently there are over 400 species, comprised of nearly 5,000 animals, being kept and displayed there. The other two zoos in Beijing and Shanghai, as well as Guangzhou Zoo, are together called the three major zoos in China. The animals there are displayed respectively in different sections, such as the insects, the amphibious reptiles, the birds, the primates, the felines and the herbivores. There are not only rare animals peculiar to China, such as pandas, golden monkeys, South China tigers, elks, Cervus eldii and black-necked cranes, but also rare animals from all over the world, such as chimpanzees, giraffes, African elephants, hippos, zebras, rhinoceroses and black swans.

The Development of the Zoo 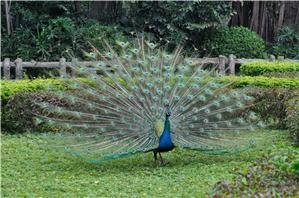 In recent years, the zoo has successively developed multiple attractions and projects, including the Guangzhou Aquarium, the biggest land aquarium in China, the biggest butterfly ecological garden in China, the dinosaur scientific hall, the Goldfishes (which is a unique outdoor exhibition garden of aquarium fishes exclusive in China), as well as the dazzling and exciting animal performances.

In addition, the zoo has also launched projects like "Watching Animals Eat" and the "Animal Square", where visitors can not only watch the hippos open their big mouths, the elephants use their noses, as well as the wolves and tigers eat, but can also take a photo with the lovely animals. Besides, there are Chinese food restaurants, fast food restaurants, snack shops, souvenir shops, amusement parks and other entertainment projects to satisfy various needs of the visitors, such as recreational activities, dining, shopping and entertainment.

The aquarium is located in Guangzhou Zoo and was opened to visitors in 1997. It is a blue underwater world with functions including recreation, sightseeing, scientific research and education, mainly displaying marine fishes.

The aquarium occupies an area of 15,000 square meters, with over 200 kinds of fishes and other unique and rare marine animals being kept in it. The main attractions include the undersea tunnel, the deep-sea sights, the 18-meter-long tank of tropical corals, the treasure tank, the touching pool, the freshwater world, the goldfish pool, the shark hall and the sea lion land. The visitors will experience a lot of enjoyment there and it will greatly broaden their horizons.

The Guangzhou Aquarium, uniquely built in appearance, is a large-scale high-tech exhibition hall with multiple functions. Currently, it is the first and the biggest inland aquarium in the world.

The Orangutan Hall covers an area of about 3,000 square meters, including a garden-like playground of about 2,000 square meters. It contains two parts: the indoor glass exhibition hall and the outdoor exhibition ground. The indoor exhibition hall has 8 rooms with air conditioners for the animals to rest, and two glass exhibition halls for "zero-distance" observation of the orangutans on the first floor; the observation platform on the second floor provides a new point of sight for visitors to observe the living habits of the animals in a high place.

With huge mountain stones, cliffs and waterfalls as the main facade, the scenery is also equipped with original forest-like Uncaria scandens, as well as wooden pergolas and supports to build a natural and ecological home for the orangutans.

The Goldfishes is an area located next to the Hippo Pool in the zoo, displaying nearly 100 species of over 10,000 rare fishes of the world. You can also enjoy the fun of fishing and catching lobsters there. It is a paradise for children, where their innocence will be fully reflected. It has been recorded in the Guinness World Records.

In this exhibition hall, lions, tigers, bears, monkeys, goats, dogs, horses and other animals give various wonderful performances under the command of the animal trainers. The spectators will realize the smartness of the animals and get a lot of fun from these performances.

The Dinosaurs World, with some of the contemporary dinosaur research results as the content, reveals a vivid world of dinosaurs to the visitors. Based on modern technology, it will enlighten visitors scientifically.

The lawns are located on the slopes at the foot of the Monkey Mountain, and they are all paved by Axonopus compressus (broadleaf carpet grass). In the center, the emblem of Guangzhou Zoo is set out by chromophytes. They have been awarded with the title of 'Excellent Lawns' by the Bureau of Parks and Woods of Guangzhou City.

There are three lakes in the center of the zoo, and in the lakes there are geysers and islands inhabited by animals, and there are birds swimming around freely. On the lakesides, many pavilions and booths have been built. The lake sceneries are beautiful.

Located next to the amusement park and the Dinosaurs World, the Happy World is a group of unique and exotic buildings, like a fairy tale world.

Subway: you can depart from the Zoo Station on Subway Line 5