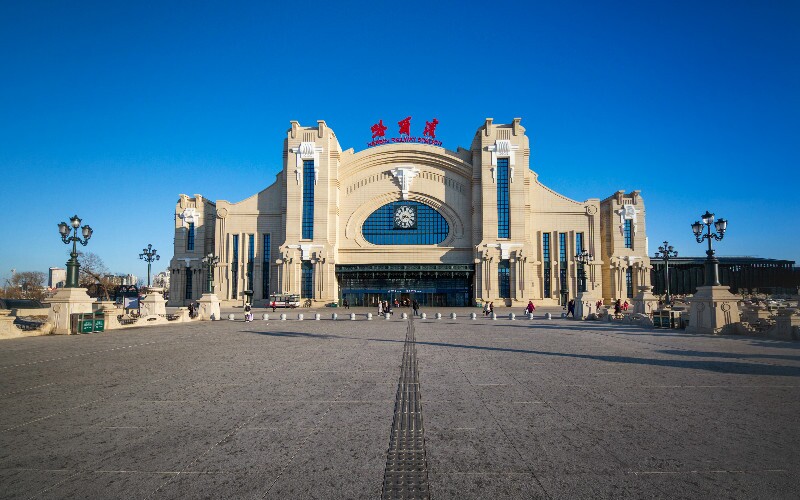 There is a temperature drop from day to night of 12 °C. It snows or rains about 6 days a month, but the monthly precipitation is slight (11 mm). Though it is freezing, it is usually sunny. People enjoy about 8 hours of sunshine a day. Check Harbin's weather forecast>>

Clothing: For the temperature drop at night, and because most buildings are heated, it is best to dress in layers. Bring warm clothes such as a thick coat, undergarments, gloves, and a hat or scarf. Wear waterproof shoes with good traction for the slush and snow. Read more about keeping warm in Harbin.

Things to Do in Harbin in March

St. Sophia Orthodox Cathedral: It is amazing to see a Russian Orthodox Church Cathedral in China. This was built during a time Harbin had a big Russian population in the early 20th century. Inside, the artwork and architectural features are beautiful and unusual.

It is called the largest Orthodox cathedral in the far east. It is 53 meters (174 feet) high, and it looks like the cathedral in Red Square in Moscow. It is in the center of Harbin, and it is surrounded by other interesting foreign-built buildings of a variety of styles that were built in the first decades of the 20th century. It makes for part of an interesting architecture walking tour.

Yabuli Ski Resort: The weather is still fine for skiing at Yabuli until late March since there is plenty of artificial snow. It is called one of China's best ski areas and has been improved in the last few years. However, a problem is the distance. It is in a remote place about 200 kilometers or 124 miles from Harbin, and it takes about 3.5 or 4 hours to get there by train. Harbin is about the closest city to Yabuli. We suggest you go by our private vehicle instead.

There are actually two different ski resorts on the mountain called Yabuli Ski Resort and Sun Mountain Yabuli Resort. The former is government run, and the latter is a Club Med Resort with foreign ski instructors. We suggest that you bring your own equipment if you have them since the quality of rental equipment might be lower than you'd like and the equipment is mainly in the smaller size range.

The busy Winter Fest and Spring Festival travel rush is over, and prices are low for hotel rooms, flight tickets and train tickets. It is a good time to come for winter scenery at lower prices. Our train schedule and train ticket pages are very good.

It is best not to rely on the taxis. The weather is still cold and slushy, and there are not as many taxis as other cities. Let us arrange your private driver and vehicle for you or your group.