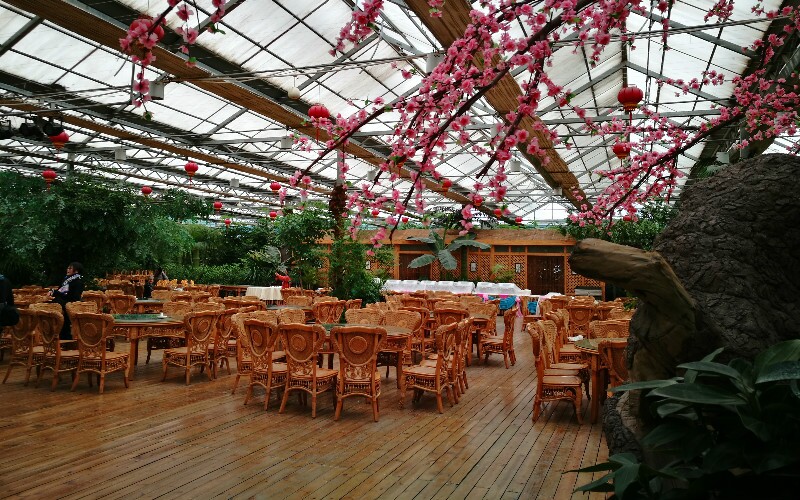 Many restaurants have appeared in recent years and there are many cooks from the different parts of China, which adds much flavor to the local cuisine. Different snacks can be found in two streets in the city, Zhengxin Market Street and Tielu Street. In summer, snacks are also available in East Jianshe Road.

To enjoy the real local flavor, visitor would better go to the food stalls or the small restaurants in open air, which sells typical tasty dishes at reasonable price.

Shaokezi is a featured traditional food of the Yugu people (Yugu is an ethnic group in this region). It tastes crisp and delicious. The way of making it is as follows: first make dough from flour, press it into a thin and round piece, and then bury it in the hot ashes produced out of the burning dried sheep waste in the stove; when the color changes to yellow, the cake is done. This kind of roasted cake is served in special occasions, such as marriage and some other celebrations. The skillful cooks can make Shaokezi of different shapes, like a flower, a peach, an apple and etc.