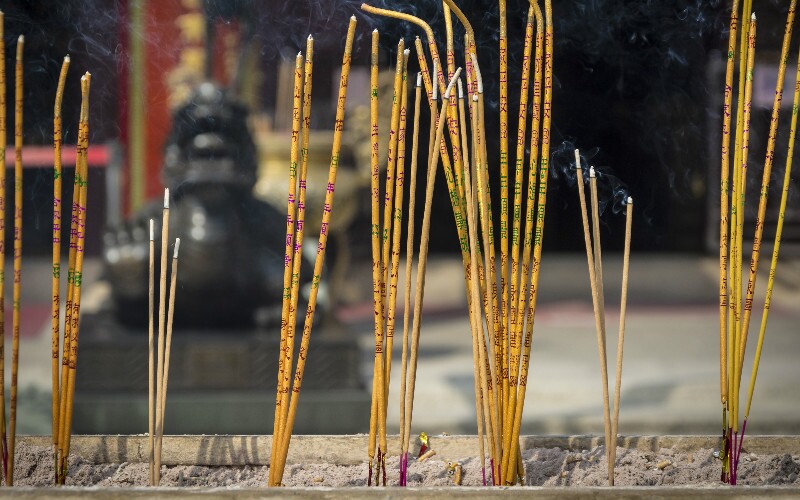 People in the temple.

Lian Fong Temple, also known as Tianfei Temple or GuanzhaTemple, was built in the 20th year of the Ming Emperor Shenzong (1592). It was used as a business office by the Chinese in Macau, and as a residence of officials. It has been enlarged and reconstructed many times to its present size. Since the grand re-construction work of the Qing Dynasty the temple has been known as Lian Fong Temple.

In front of the Lian Fong Temple lies a broad square enclosed by a stone fence. Behind the temple there is a little garden and a lotus pond. The whole complex of the Lian Fong Temple includes in the middle the Tianhou Hall (with a Buddhist Statue inside), the Wudi and the Renshou Halls on both sides, as well as the Yiling Hall, the Shennong Hall, the  Juyong Hall and the Jinhua Lady Hall.

During The Qing Dynasty, in the ninth year of the Emperor Guangxu (1839), Lin Zexu, Governor of Guangdong and Guangxi provinces, conducted an inspection in Macau of a ban on opium-smoking and the opium trade. During his inspection he stayed at the Lian Fong Temple, meeting with Portugal officials there.