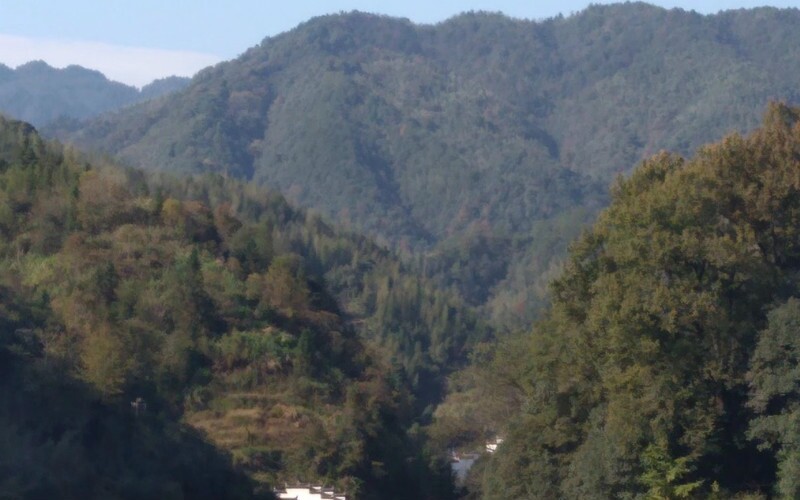 Located at around 8 kilometers north-west of Xikou Town, Fenghua City of Zhejiang Province, Xuedou Mountain is 800 meters above sea level. The mountain has a milky peak, while on the peak there is a dou (meaning hollow or hole). Water flows out of the dou, and it is as white as milk, thus getting the name of the Milk Spring.

Dou is also called Xuedou. As a result, the mountain got its name of Xuedou Mountain. The mountain has a total landscape area of 85 square kilometers and more than 60 attractions, among which Miaogao Platform and Qianzhang Rock are the most attractive ones.

Xuedou Temple was originally founded in the Tang Dynasty. For thousands of years, it has been visited by many people, and has produced numerous eminent monks. It has a high status and is regarded by the Buddhist circle in China as one of the world’s ten most famous Buddhist temples together with the other nine temples, such as Zhongtian, Zhutianning, Wanshou, the Yongzuo Temple of Hangzhou, and the Jiangshan Taiping Xingguo Temple of Nanjing.

In the temple, the constructions are magnificent and attractive. Outside the temple, ancient trees are towering up into the sky. Among them, two ginkgo trees from the Han Dynasty can be surrounded by about five people. With exuberant leaves, the ginkgoes rise above the clouds.

In front of Xuedou Temple, there is a waterfall called Xuedou Waterfall, also known as Qianzhang Rock Waterfall. The water head is in the valleys at the south and the north of Xuedou Temple. The water of the Milk Spring flows into Jinjing Pool (which is an ancient pool developed in the Southern Song Dynasty), crossing Guanshan Bridge and pouring out of the cliff mouth.

The waterfall pours down from Qianzhang Rock. From the top of the rock to the pool, it is as high as 186 meters. At the half-way point, there is a huge rock. In spring and autumn, the rain falls down in a deluge but it runs into the rock at the half-way point and splashes in all directions right away. It falls like pearls and jades, and also dances like snow. Under the sunlight, it forms a rainbow, which is quite splendid. Xuedou Waterfall was well known by the whole nation as early as in the Northern Song Dynasty.

Sanyin Pond Waterfall is situated at 5 li north-west of Xuedou Temple. The water flows from Dongao Village (on Xuedou Mountain, there is a village of alpine flowers. With a beautiful and clean environment, the village is an ocean of flowers and seedlings) to the cliff mouth, forming one waterfall; it continues running down the mountainside to the foot, forming three waterfalls. As a result, it is called Sanyin Pond.

With a length of more than 1,600 meters, the pond can be divided into Shangyin Pond, Zhongyin Pond and Xiayin Pond respectively from the highest to the lowest. Shangyin Pond is highlighted by its quietness and danger; Zhongyin Pond stands out for its delicacy and cleanness; Xiayin Pond is well known for its superb beauty. Despite the positions of the three ponds in remote mountains and deep valleys and the difficulty of visiting them, tourists still visit in great numbers.

Miaogao Platform is also known as Miaogao Peak or Tianzhu Peak. It is the main scenic spot of the Xuedou landscapes. Although it is only 396 meters above sea level, it stands out against the mountain behind it. With the middle part bulging, three steep cliffs, and a gaping abyss down its side, the platform has a precipitous terrain.

In a narrow sense, Miaogao Platform refers to a platform of about 350 square meters. Standing at the front edge, you can look out on the natural sceneries of Tingxia Lake. On the periphery of Miaogao Platform, ancient trees and green bamboos are thriving so much that they keep the sunlight away. In addition, the clear breeze blows gently. It is an ideal summer resort.

Located at the south of Xuedou, Tingxia Lake is 6 kilometers away from Xikou Town. It is a large artificial lake, with a surface area of 5.9 square kilometers, an equivalent of West Lake in Hangzhou. The water storage capacity is as much as 153 million cubic meters.

Tingxia Lake is a good place to enjoy the landscapes of lakes, mountains, steep peaks and deep valleys. Tingxia Lake is a huge reservoir famous for its position under Yushu Pavilion of Xuedou Mountain and its location at Tingxia Village.

Tingxia Lake has wonderful natural sceneries. On the basis of unique peaks, deep valleys, high mountains and water scenes, interesting and attractive landscapes of lakes and mountains come into being. With clean air and high quality water, the scenic spot is also rich in fish, fruit and forest resources. Tourists can sail on the lake, and can also go fishing, picnicking and camping.

Airplane: Ningbo Lishe International Airport has opened up more than 50 domestic and international civil airlines to cities such as Hong Kong, Xiamen and Beijing. The airport is 20 kilometers away from Xikou Scenic Spot, and it takes about 20 minutes by car to get there.

Railway: 32 kilometers away from Ningbo Railway Station, Xikou Scenic Spot connects to the national railway network through Xiao Yong Railway. It can transfer directly to all the places in the nation.

Highway: Take a bus starting from the south bus station to Xikou near Ningbo Railway Station. The bus departs every 6 minutes. The route is as long as 35 kilometers, and it takes about half an hour to get there. Buses are available from 06:00 in the morning to 19:00 in the evening. In addition, a great number of minibuses continually leave for the mountains at Xikou, Fenghua, Yuyao and Xinchang.