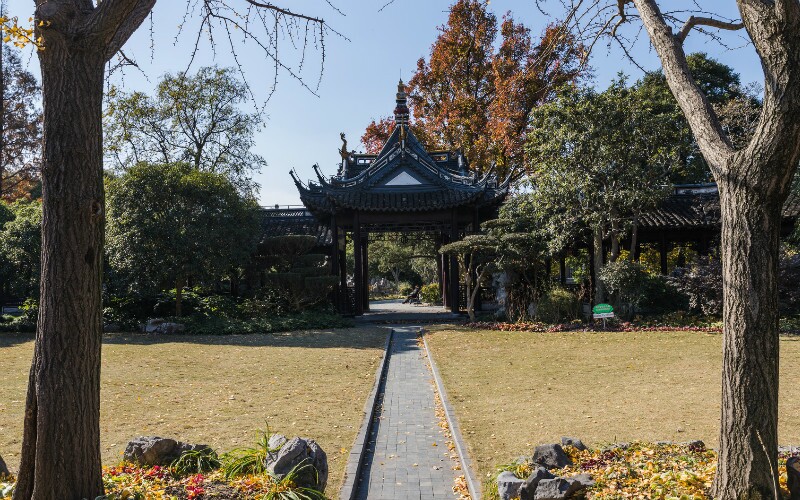 The Best Parks in Shanghai

Urban Shanghai does not have nearly many green spaces as cities like London or Paris, but there are some urban oases in the city where you can enjoy a quieter moment and indulge in a bit of people watching, as elderly locals strolling around clapping their hands for exercise, or play mahjong or draughts surrounded by an attentive crowd of onlookers. Century Park in Pudong is one of the newest parks in Shanghai and is the largest, opened fittingly in 2000. The park is best accessed by metro, and is situated on the junction between lines 2 and 9. There you can rent tandem bicycles pedalos, or electrically-powered boats for those that don't want to do anything too strenuous.

Stylistically, Century Park is inspired by British, Japanese and Chinese gardens. At the entrance to the park from the metro station is an avenue that attracts street food vendors from across China as well as some other small stands. There is an entry fee of 10RMB to get in to Century Park.

People's Park in the very heart of downtown Shanghai sits on the site of the former Shanghai Racecourse. The park makes up part of the area known as People's Square, and is best described as a cultural center, and a welcome retreat from the malls and commercial sites that surround it. The park is home to The Shanghai Museum, and the Shanghai Grand Theatre, and the Shanghai Urban Planning Exhibition Hall. The park is serviced by the People's Square metro station, which is on metro lines 1, 2 and 8.

Xujiahui Park sits on the site if a former brick factory close to the center of Xujiahui shopping district.

The park has a waterway modeled on the way the Huangpu River meanders through Shanghai. In the spring and autumn months, the Shanghai Conservatory of Music will sometimes stage free concerts there. Visitors can go to the La Villa Rouge restaurant on the edge of the park. The building that formerly housed the Famous Pathé Record Company has since been turned into a restaurant, one of three located in old buildings on the leafy perimeter of the park.

In Zhongshan Park you can watch local people practicing tai chi, and join in if you like, or practice calligraphy on the paving stones. For much of the year the park is full of kite-flyers, single string designs float gently on a long single string high above you, alongside the kite-flyers you find the typical cohort of badminton players. Zhongshan Park has much to keep young children amused, with several fairground rides. Access to Zhongshan Park is very easy, it has its own stop on metro line 2.

A real hidden gem that is often forgotten because of its outlying location, yet it is nonetheless perfect for a day trip. If the hustle and bustle of Shanghai becomes too much for you, and you just want to remember what nature looks like, then Gongqing Park is worth a visit. It is the closest you can get to the forest in the entire municipality.

Aside from expansive wooded and grass areas, there is a rock climbing wall, a rollercoaster, horse riding, barbecuing, or you can simply amble through the park at you own leisure. Weekdays are the best days to go, but the park is more than big enough for visitors to find their own private spot.

The best way to get there is to take line 8 to Shiguang Road station, from there it is either a 10-15 minute walk, or a short ride in a taxi to the park entrance. Admission is 15RMB.

Build a Park or Two Into Your Shanghai Itinerary

- with China Highlights it's as simple as asking!

Our Shanghai tours are fully-customizable and we encourage you to find a balance of attractions to suit your interests. Make your tour unique and personally satisfying with China Highlights.