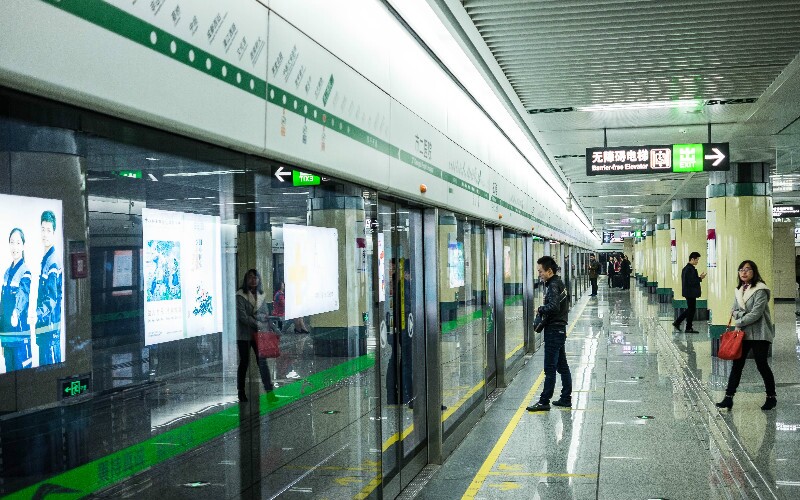 Looking at a map of the metro system in Shanghai, with all of its 16 lines as of April 2015 (and counting), and still expanding on its existing 337 stations, can seem a bit like a badly rolled up yarn. Making any sense of it, let alone finding your destination can be a real pickle diddle. To help you figure it all out we've prepared this guide. If you can make it to the station before 10:30 pm you're guaranteed a fast ride back inside Shanghai's belly. Here are some stops of interest; please mind the gap.

Tickets: You can purchase single trip tickets from the machines inside the station, which can be operated in English. Alternatively, if you plan to get around the city mostly by metro, or if you're staying for a longer period, it may be worth getting one of the blue transit cards which have a streak of lightning across a background of blue. This card is super useful, and convenient as it can be used for the metro, taxis, buses and the ferry. See Shanghai Transport.

Starts at Xinzhuang and ends at Fujin Rd.

The first metro line built in 1993 coincidentally runs through the oldest parts of the city. Most of Shanghai's old city centre can be reached via the handy red line.

Starts at East Xujing and ends at Pudong International Airport.

Starts at Shendu Highway and ends at Shiguang Rd.

Starts at Meilan Lake and ends at Huamu Rd.

Starts at two points: a) Hangzhong Rd., b) Hongqiao Railway Stn., and ends at Xinjiangwancheng.