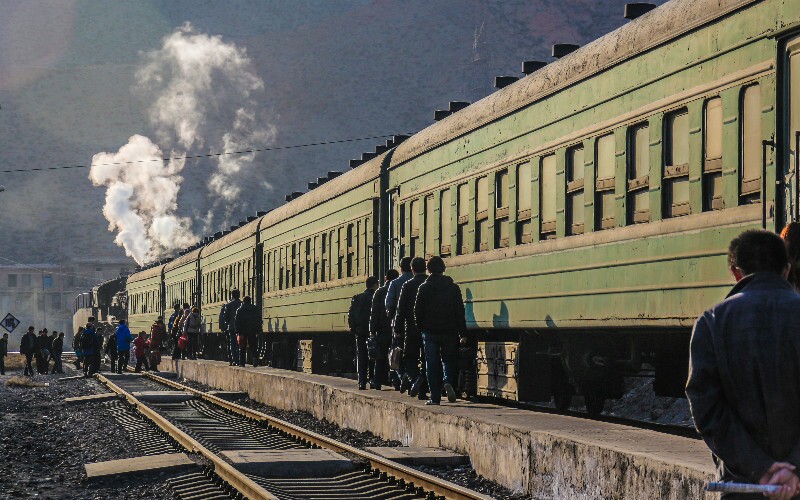 It introduces the development of railways in Shanghai as well as in East China over the past 100 years.

Shanghai Railway Museum was built on the former site of Shanghai Railway Station (formerly known as Laobeizhan, or Old North Station) on Huning Railway (Shanghai-Nanjing Railway) in the ratio of 1:1.08. The station was built in 1901 with classic English style. There are four floors in total. The main exhibition hall covers an area of 1,000 square meters, and there is an outdoor exhibition of 1,300 square meters. The whole exhibition area is divided into 6 sections. In order to highlight the museum’s features, all the exhibits and exhibition boards are placed on the railway tracks or in the train carriages.

People will see 2 locomotives after entering the museum. The large one is a KD7-641, which was made in the 1940s in the United States, and was donated by the United Nations Relief and Rehabilitation Administration to help China recover its economy. The black green carriage was the high-class service car of major government officials during China’s Republican Era (1912-1949). It is said that it used to be the private car of Soong May-ling (宋美龄 (1898-2003), aka. Madame Chiang Kai-shek). The small one is the steam locomotive SN-26 with narrow gauge railway. Its speed could reach 45 kilometers (28 miles) per hour and it could be loaded with 200 tons of weight. It is extremely flexible when taking turns, so it was used in the rugged mountainous area of Yunnan Province.

The gatehouse, ceiling lamp, iron door and relief sculptures all keep their original looks. In the past, the lobby in the first floor was the exit and entrance for the passengers of the soft seat in the old Shanghai North Railway Station. Nowadays, it has been turned into the display area which is divided into four parts, which are railway construction, railway transportation, knowledge of railway and promoting the development of the railway. Over one hundred years of Shanghai railway history is shown in this area of 1,000 square meters.

The most distinctive exhibit of the museum is a locomotive model reverted in the proportion of 1:1. It is the first locomotive used on China’s first railway (Wusong Railway) when it first began operation in 1876. The most valuable antique is the steam locomotive KD7-641, which was made in the 1940s. So far, it is so far a steam locomotive with the longest history in East China. The oldest exhibit in the museum is a stretch of old track removed from the Songhu Railway (“Song” refers to Wusong, a district of Shanghai, and "Hu” refers to Shanghai), which is more than a hundred years old.

The showcases are in the shape of a carriage along with a locomotive cab. What are collected are over 3,000 pieces of precious cultural relics and photos, reflecting the development of the railway in the past over 100 years in China. What’s more, the models of locomotives and vehicles show all the periods during the development process of the railway technology. In the museum, visitors could not only appreciate the exhibits but also be in close contact with trains and feel in person what it is like to drive a train.