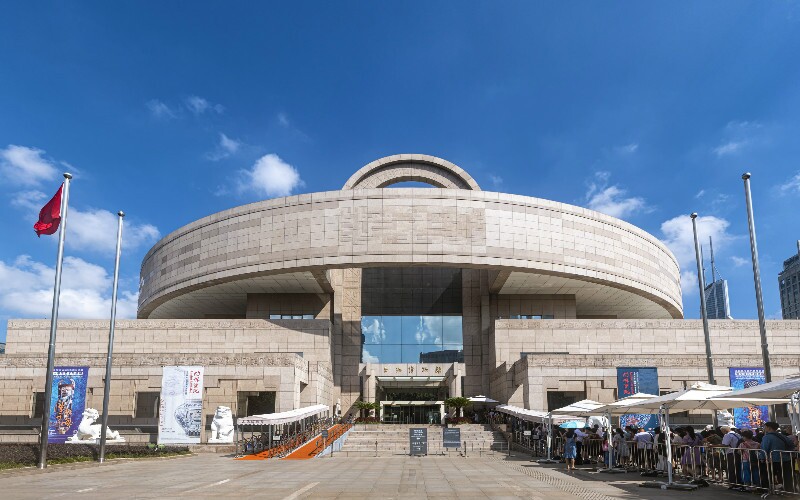 The Top 7 Museums in Shanghai

Shanghai has more than 72 museums, some of which are free of charge. The following are the best seven museums in Shanghai. The top two are free of charge, and Shanghai Science and Technology Museum, with the most expensive entrance fee (60 yuan) is the best one for a family visit.

The most precious two are an ancient cooking vessel with dragon pattern of the Shang Dynasty (1600–1046BC) (龙纹扁足鼎 Longwen Bianzu Ding 'Dragon-Pattern Flat-Foot Tripot') and an excessively free cursive style calligraphy work of The Red Cliff Ode (草书前后赤壁赋).

Of 180 exhibitions of ancient animals, Mamenchisaurus (马门溪龙), one of the largest dinosaurs in the world, and the ancient elephant of the Yellow River are the most outstanding two. Five mummies, including the oldest mummy unearthed in Loulan (楼兰古尸, with a history of about 4,000 years), are exhibited to show the history of human development.

It is a museum showing the historical developments of Shanghai, with about 18,000 objects, including more than 1,300 historical relics. There visitors can have a whistle-stop tour Shanghai’s past via an array of old artifacts and waxwork figures. Visitors can clamber into the mock street, shop, and bar scenes for taking photos.

Shanghai, once upon a time an honest little port trading nothing more than cotton, fish, silk, and tea, has become China’s largest city. This museum will show you how far Shanghai has come.

Shanghai Science and Technology Museum is one of the best museums of the city and will provide ready entertainment to fill an afternoon. There are some developmental games for children, so it is a nice destination for a family visit.

Hidden in a basement of a nondescript tower block in Huashan Road, the Propaganda Poster Art Center is a privately owned museum, exhibiting red China by the mass-produced propaganda posters issued in the 1960s and 70s, when China suffered the Cultural Revolution. These hilarious and fascinating 5,000 posters are laid out chronologically.

This museum will show you how far Shanghai has come in the past two decades, and Shanghai’s urban planning in the future decade (circa 2020), with historic photos and maps of old Shanghai, a 3D virtual tour, and an enormous scale model of the future Shanghai - the highlights of the museum.

On the basement floor, the reconstruction of the old Shanghai streets brings visitors back to Shanghai in the 1930s, and for every model building elevation on the streets its original can be found in Shanghai.

Here are our most popular Shanghai tours for your reference:

Let us help you plan a personalized Shanghai tour for you or tailor make the travel arrangements for you.