- skip the line at the Terra Cotta Warriors, biking on the City Wall, walking into the long history of ancient China, digest the traditional Chinese culture

From the amazing Terra-cotta Warriors and the mausoleum of Qin Shi Huang to the large Han Yang Ling Mausoleum of Emperor Jindi of Han Dynasty and his Empress, from the local life of Xi’an citizens to Chinese traditional culture and arts, from street snacks to selected Xi’an local’s favorite dishes, in these two days exploration you’ll have a panoramic view of this imperial city of Xi’an on its glorious history, traditional culture, authentic food and the real life of the people that would never be discovered by a typical tourist.

Make full use of your time to deeply discover all the top highlights and charm of the city in two days: from the world famous Terra-cotta Warriors to the Hanyang Mausoleum, from the large official Shaanxi Historical Museum to the featured private museum of Tangbo Art Museum, from the street snacks to the selected local dishes.

Maximum your travel experience: Skip the lines as VIP guests, no tourist shopping, equipped with telescope and FM headset to make sure you can see and hear clearly.

With our expert guide, you’ll discover the vivid stories and history behind the historical relics that few people have ever heard of.

Professional product team analysis on every part of the trip to ensure a smooth and enjoyable travel experience. 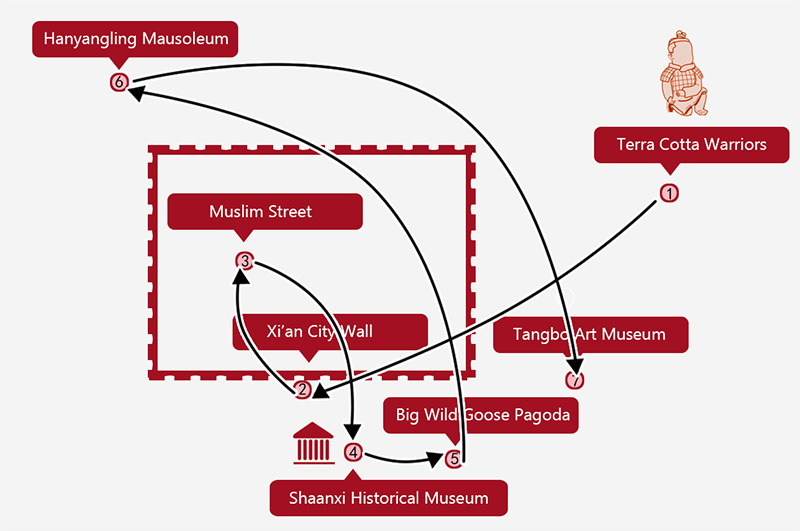 Visit Xi’an Terra Cotta Warriors Museum and the Mausoleum of Qin Shi Huang in the morning, having lunch at a local farmer’s house and then walking, biking, or taking an Eco-Car to visit Xi’an Ancient City Wall, visit Xi’an's Most Famous Food Street — Muslim Street. Today you'll discover the most highlights of Xi'an!

>> See the detailed itinerary for day 1 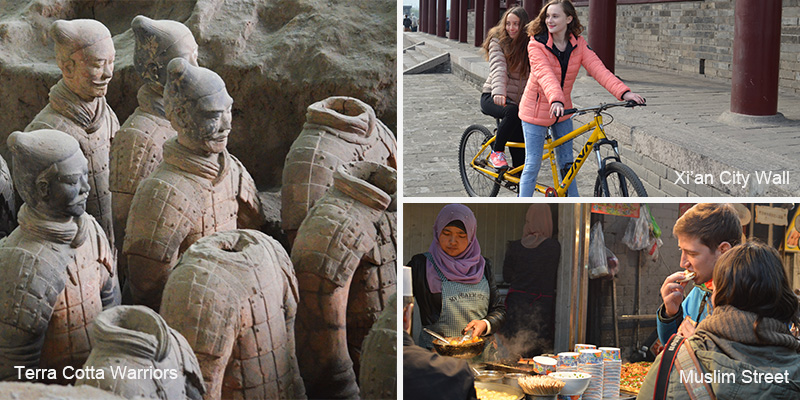 Xi’an has more than Terra Cotta Warriors! In this day, you’ll be marveled by the various treasures of ancient China in Shaanxi History Museum，you’ll witness the Big Wild Goose Pagoda where the famous Monk Xuanzang (also names Tang Monk in the famous book of The journey to the West) used to keep his Buddhist books. After that you’ll visit the Han Yang Ling Mausoleum where the emperor Jingdi of Han dynasty and his empress buried with lots of valuable funeral objects. At last you’ll visit a small private museum of Tangbo Art Museum where you could see the various local arts and you’ll have chance to have a Chinese calligraphy class to knows a little bit of Chinese traditional art and culture. Please see the detailed itinerary for day 2 below. 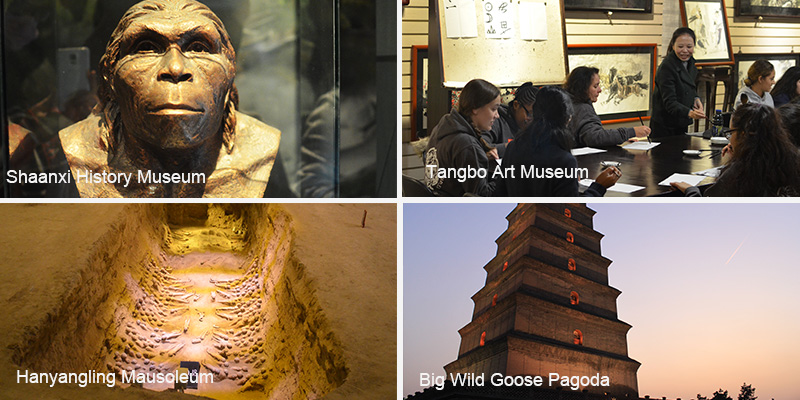 The same as your previous day, your guide will be waiting for you at your hotel lobby at the appointed time and pick you up to our first destination: Shaanxi History Museum. As Shaanxi is a very important area in both ancient and modern China and it had been the capital place of more than 13 dynasties. Therefore the local culture and arts of Shaanxi would be a window or a typical representative of traditional Chinese culture and art. And in this museum it has exhibited more than 370,000 historical relics which has vividly displayed the traditional culture and arts of ancient China from Neolithic Period to modern society and is the first large-scale modern museum in China. 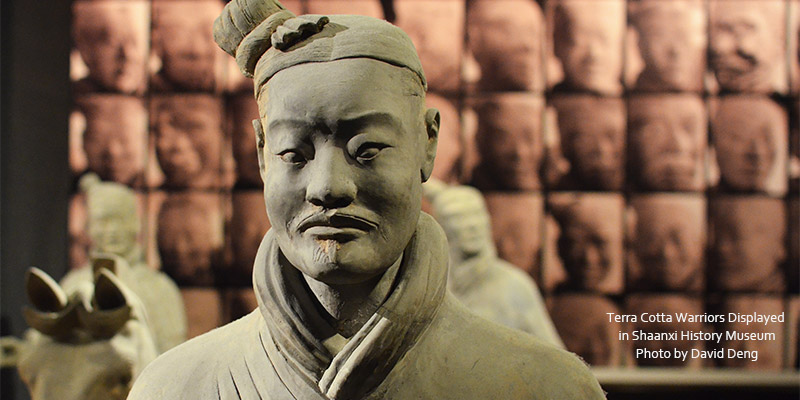 After visiting the museum we’ll come to a 9-floor Buddhism Tower called the Big Wild Goose Pagoda. The tower along with a temple called Temple of Great Maternal Grace was built by the Emperor Li Zhi of Tang Dynasty to memorize his mother Empress Wende. After the temple was built, Li Zhi invited the famous Monk Xuan Zang (known as Tang Monk in the famous book of The Journey to the West) as the honored master here in the temple. 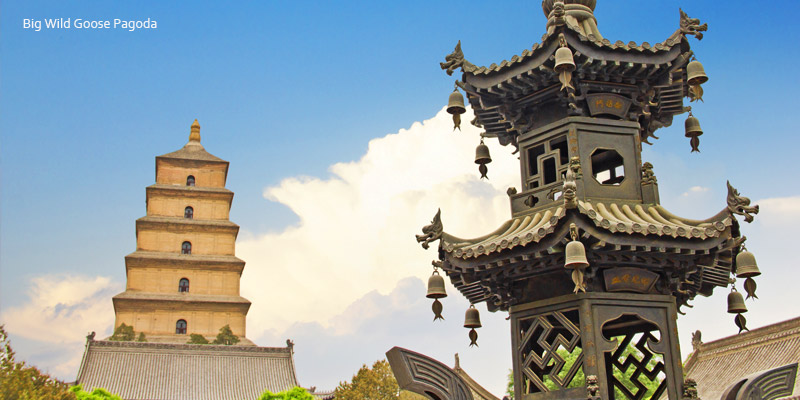 We will have our lunch at a selected local restaurant called China Folk’s Restaurant (百姓厨房) near the Big Wild Goose Pagoda where most local people liked. You will have chance to taste the most featured Shaanxi local food. And if you are lucky, you may have chance to watch the local Qin Opera while having lunch. 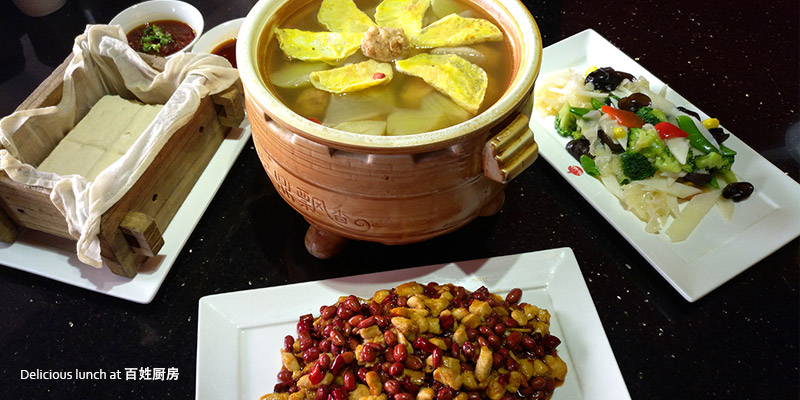 After lunch, we will drive to the Hanyangling Mausoleum. It takes about 40 minutes to drive there so that you can have a short snap in the car. This museum has an underground exhibition hall so that people can see the results of the archeological digs in the big mausoleum complex of Emperor Jingdi (also named Liu Qi, 188 to 141 BC) of the Han Dynasty, his wife, officials, dynastic clan members, and commoners. There is also a graveyard for slaves who built the complex. The underground hall was opened in 2006. The archeological dig site only covers a small area, but the whole burial complex is immense. It covers a total area of about 10 square kilometers or 4 square miles. 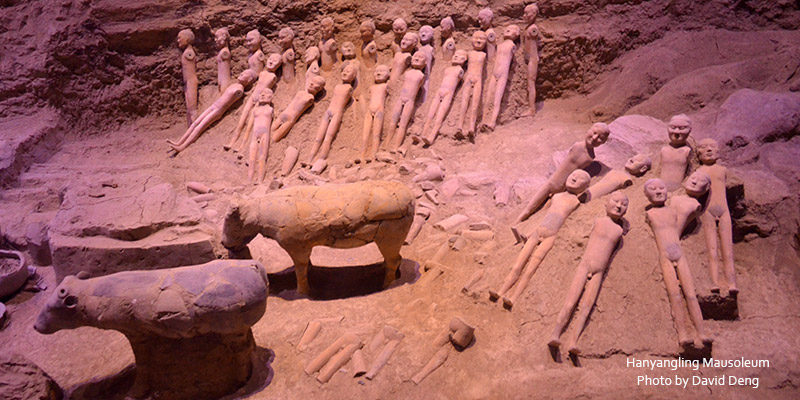 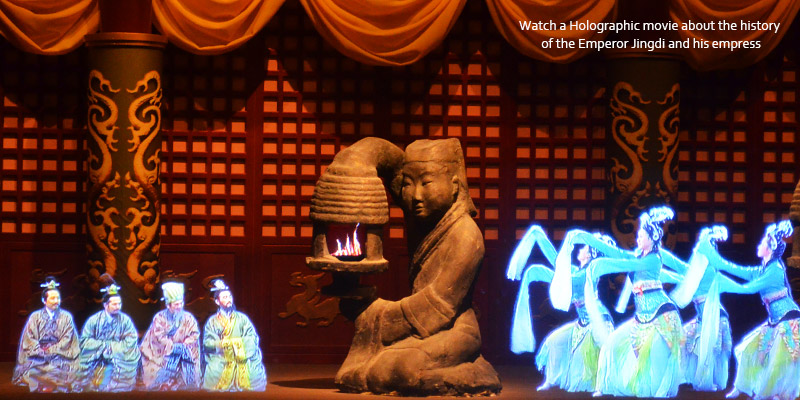 At last, we will visit a very small but featured private art museum called Tangbo Art Museum which possesses a collection of Shaanxi folk arts and representative ancient paintings exhibited in historical sequence.

Here you’ll have chance to learn Chinese Calligraphy, Chinese Tea Ceremony or Chinese Paper-cutting hand by hand which I believe it would defiantly be a highlight of the day. 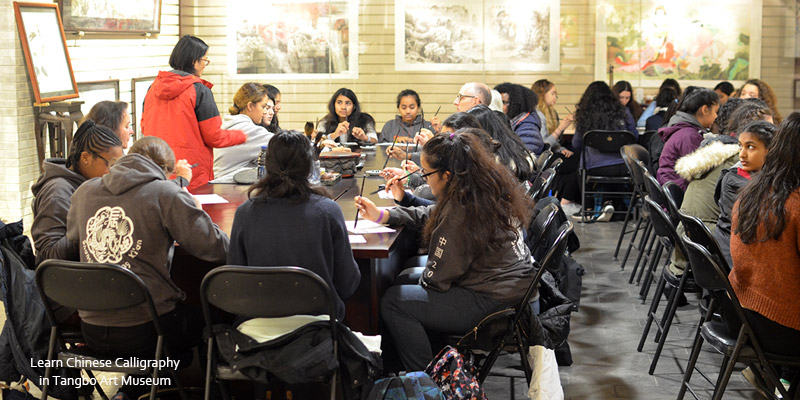 Your guide and driver will transfer you back to the hotel, making a perfect end to your Xi'an panoramic tour with China Highlights.

The hotel pick-up and drop-off area should be within the downtown of Xi'an. For further distance there might be an extra cost for the transfer which you'll be notified by your travel advisor.

We offer a deeper exploration into the culture and history and a better experience.

We have prepared FM headsets and telescopes for our customers to make sure you can hear and watch clearly in the terracotta warriors while other groups are struggling and get lost in the crowds. 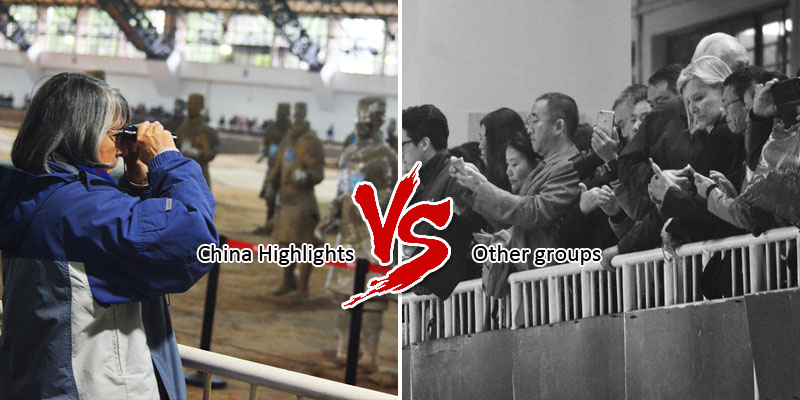 Experience the real local life and culture of Xi'an people.

You will taste the local food and culture in a local way while other groups have to go to the tourist restaurant and eat the food just for tourists.

There are no shop stops, no long lines and waits, and no time-wasting activities.

We never take our customers to the tourist shops while other groups have to waste their time and money on the over-priced souvenirs. 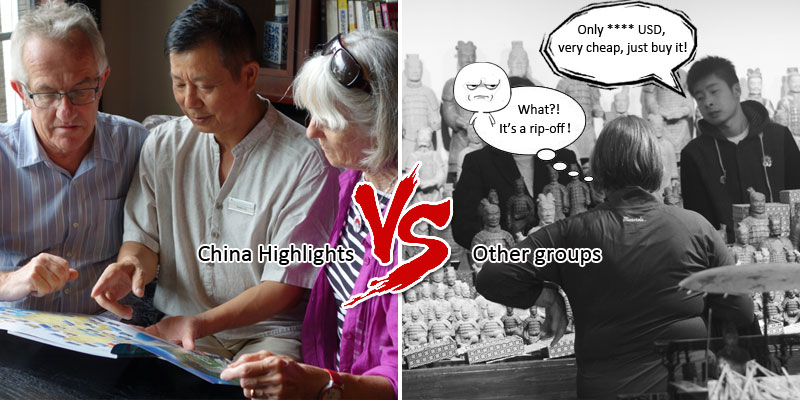 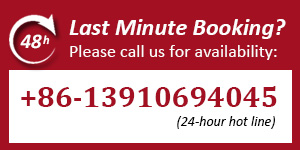