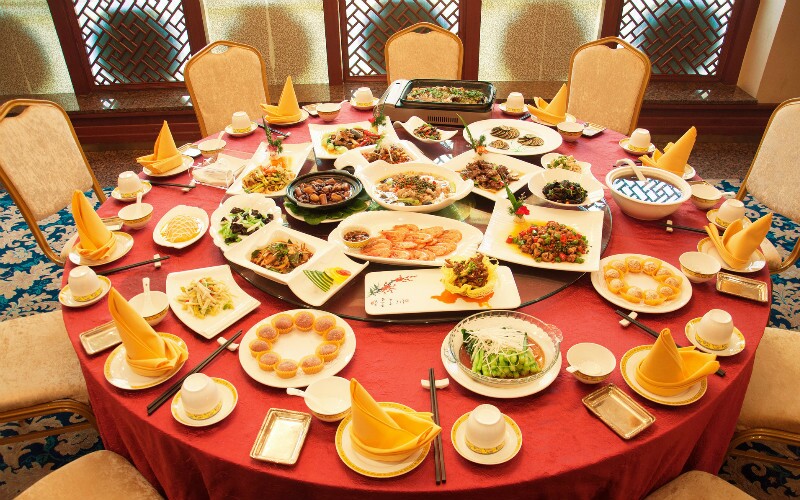 Seating Arrangements for a Chinese Banquet

Seating arrangements are very important for a Chinese banquet.

The seating arrangement is probably the most important part of Chinese dining etiquette. Dining etiquette in ancient times was enacted according to a four-tier social strata: 1. the imperial court, 2. local authorities, 3. trade associations and 4. farmers and workers. The respect structure in modern dining etiquette has been simplified to: 1. master of the banquet and 2. guests.

In a grand banquet of many tables, the table of honor is the one furthest from the entrance (or facing east in the event of no clear main entrance). The tables on the left hand side of the tables of honor are, in order of importance, second, fourth, sixth and so on, and those on the right are third, fifth and seventh. Guests are seated according to their  status and degree of relationship to the master of the banquet.

Let Us Help You Enjoy a More Care-Free China Tour

If you are interested in Chinese dining culture, Our food tours offer tourists a great chance to experience China's interesting dining culture in person. Below are our popular China tours for your inspiration: