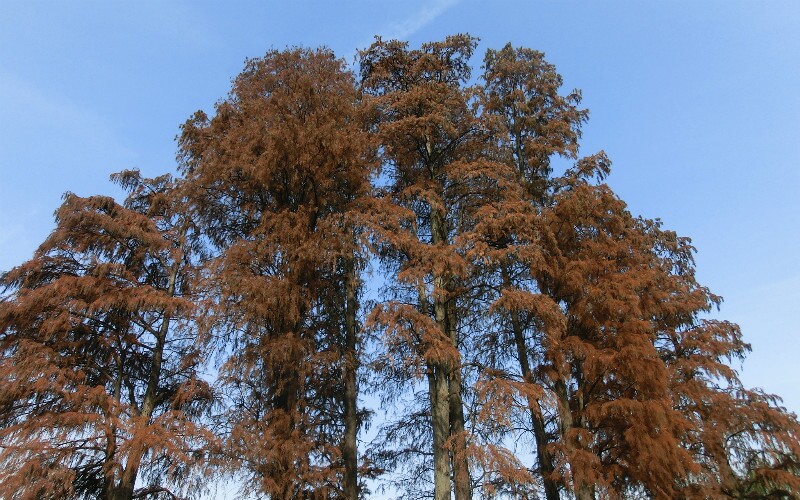 Wuhan in the fall

Weather: Other than April and May, October and September are the best touring months weatherwise, but October is also a busy month for tourism. It is generally warm or cool, but there is a lot of bright sunshine.

There is much less rain than in the summer, and the rain that falls is usually gentle or moderate. Thunderstorms are uncommon in October, and winds are generally gentle. The monthly precipitation totals 92 mm, and rain falls about 9 days of the month.

Clothing: Sunny days contrasts with cool evenings, so along with T-shirts and trousers, bring a cardigan or coat for the cool evenings and mornings.

Things to Do in Wuhan in October

East Lake Park: For an outdoors excursion, the ideal place to go in near central Wuhan is this 88 square kilometers of woods, walking paths, and gardens. It is a big lake 33 square kilometers in size. The lake is six times larger than Hangzhou's West Lake and is the biggest lake in any city in China. Gardens, the lake, and Hubei Provincial Museum are the main highlights.

The Hubei Provincial Museum: This big museum in the park is Wuhan's foreign tourist highlight for the antiquity and beauty of the thousands of pieces and artefacts. It is one of China's best museums. There are national treasures and good English signs for foreign visitors.

Auto makers from around the world showcase their latest passenger cars and commercial vehicles and parts. The highlights of the show for many visitors are the European and Japanese sports cars.

For a big change of gears to bones, there is also a horse racing festival in Wuhan. Horse racing has been rare in the mainland, but it is making its beginning in Wuhan in a stadium that seats 30,000. Now about 70 jockeys from about ten countries race. If you are interested in horse racing, you can catch this rare chance.

Mid-Autumn Festival: China's second most popular holiday is in early October about one out of three years. People gather from around the world for family reunions and go out to see the fall scenery. Expect large crowds at the main attractions if you come during this time.

Let us help you arrange your transportation and accommodations for your Wuhan trip early. We facilitate individual and group travel and could arrange guides, private vehicles, and drivers as you wish. Two new, inexpensive and quick bullet trains lines have eased the travel congestion significantly.

Yangtze River cruise: Beautiful spring weather makes it is a good time for a Yangtze cruise trip, and Wuhan is a regular stop for many cruise boats.

In addition to our standard tour packages, you can design your own itinerary for Wuhan or the rest of China or a Yangtze cruise. Tell us what you would like to experience>>