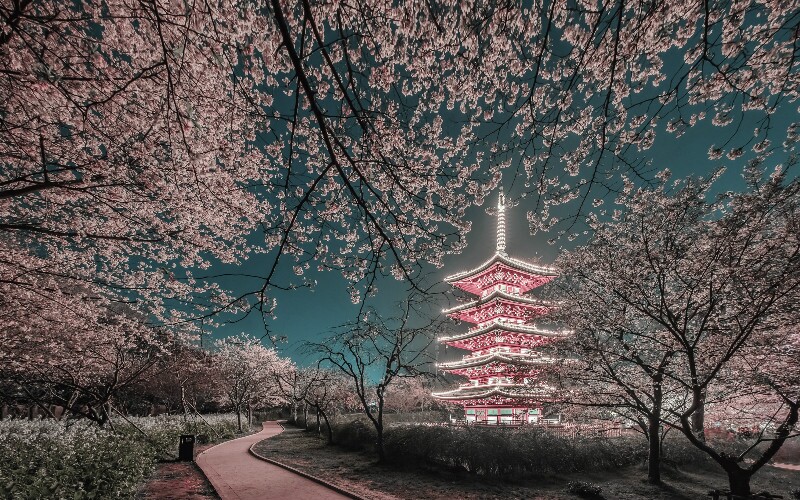 You can go for long walks or jogs, and there are also carts you can rent.

East Lake has beautiful mountains and rivers, and unique and charming landscapes. The East Lake scenic area can be divided into five parts. At present, there are four areas of more than 100 scenic spots open to the public, including Tingtao (Listening to Surging Waves), Mo Hill (Millstone Hill), Chuidi (Playing Flutes) and Luoyan (Diving Wild Goose).

There are wide water areas of 33 square kilometers (13 square miles), 12 lakes that are both large and small, and over 120 islands dotted around, with a twisty shoreline of 112 kilometers. Around the lake, 34 mountains and peaks are rolling along it, and forests of more than 10,000 mu provide lush vegetation. The lake is like a mirror, while the scenery looks like a picture.

The landscapes in East Lake are attractive throughout the four seasons. In spring, it is characterized by green mountains, clean water, flying birds and fragrant flowers; in summer, taking a boat to tour around the river is very exciting; in autumn, red leaves cover all the mountains, and the area is overwhelmed by an osmanthus fragrance; in winter, it is very pleasant to go out and enjoy the snow, the beauty of the plum blossoms and the flying migrant birds.

Introduction to the Scenic Spots

Mo Hill Area is a very important part of East Lake. Surrounded by water in three parts, the area has natural sceneries as beautiful as pictures, and also man-made landscapes rich in culture from the Chu Dynasty.

The Botanical Viewing Garden on the south side of Mo Hill has 13 special gardens and 360 kinds of plants. Mo Hill's cherry garden is 25 acres, and it is known as one of the best in the country. You'll enjoy the fresh air and the park scenery in the middle of the park on Mo Hill. The hill is bounded on three sides by lake.

As the most beautiful tourism resort in Wuhan City, it receives about one million tourists from home and abroad every year. The four special characteristics of Mo Hill Area are splendid mountains and rivers, abundant plants, unique garden parks and the rich Chu culture.

Abundant in rainfall and sunshine, the area has as many as 250 species of more than two million trees for sightseeing, thus having the reputation of being the “Green Treasure House” in Wuhan.

What's more, the area is also called the sea of flowers, with thousands of flower species. Among them, plums, azaleas, cherries, orchids, lotuses, sweet scented osmanthuses, Chinese roses, begonias and peach blossoms are the representative ones. The plum blossoms have as many as 206 varieties of about 20,000 plum trees and plants.

Luohong Area, namely Wuhan University, is located in the shadows of the mountains and forests. Ancient and classy campus constructions are scattered around amongst the flowers and trees of cherries and sweet-scented osmanthuses, attracting a great number of tourists to visit. Hongshan is also a good place full of thick forests and numerous historic spots.

In Luoyan District stands Drum Mountain. It was said that the mountain was the place where King Zhuang Chu (an emperor of the Chu Kingdom during the Spring and Autumn Period) played a drum to supervise the war against Yuejiao Dou (a brave and battlewise general of the Chu Kingdom).

In one battle, Yuejiao Dou tried to shoot an arrow to hit King Zhuang Chu, only to find that the arrow hit the drum. As a result, the mountain was called Drum Mountain.

Luoyan Area lies at the banks of Tuan Lake, the eastern part of East Lake, and is bordered by the valleys of Jiufeng Ma'anshan Forest Park at the south, facing Mo Hill Area across the lake.

East Lake Park has a plum blossom festival in early March. The park has 200 kinds of plum trees, so you can see different shades of pink, red of white flowers on the trees. The colors change as the weeks pass. There are exhibits of plum flower paintings and calligraphy and of plum flower photographs.

As the Plum Blossom Festival concludes, another more popular flower festival begins. The Cherry Blossom Festival in Wuhan begins in the middle or end of March and extends to early April. The starting date depends on when they blossom. Wuhan is known for its spring gardens and cherry trees. The main venues are the campus of Wuhan University and the bigger cherry tree gardens at East Lake Park.

The Wuhan University cherry blossoms are beautiful in the university setting. At the end of March, crowds of students and visitors walk on the sidewalks and the streets. Some visitors come in from other cities