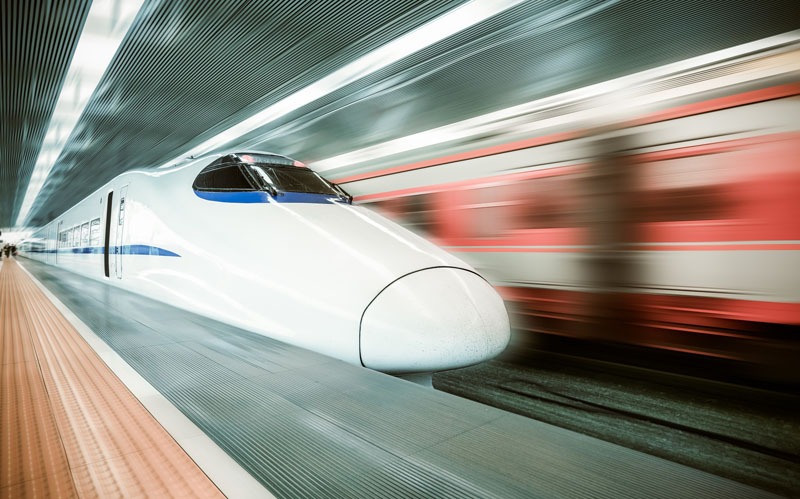 How to Get from Beijing to Tianjin and Tianjin Port

Beijing to Tianjin — By Train Is Best

Beijing is very close to Tianjin, so there are no flights. The best and fastest way to travel from Beijing to Tianjin is by bullet train.

There are more than 150 bullet trains from Beijing to Tianjin every day. The journey takes about 30 minutes.

Almost all the trains will depart from Beijing South Station (Beijing Nan Zhan). Terminals in Tianjin are threefold:

>>How to Buy a Train Ticket in China

Tianjin Port is quite far from downtown Tianjin, but there are two railway stations near Tianjin Port (both have 20 bullet trains running from Beijing every day):

Beijing to Tianjin Port — By Taxi

The distance between the center of Beijing City and Tianjin Port is about 175 km (108 miles), which may take you about 2 hours and 40 minutes via an expressway. The taxi fee is around 800 yuan (129 USD).

If the driver refuses to take the expressway and takes a longer road, you may spend about 5 hours in the taxi. So, you’d better prepare 1,000 yuan (161 USD) for the taxi fee and extra time in case of traffic hold ups.

Only if you are in a hurry or have no other option would we recommend this way.

From Beijing Capital International Airport: Take the subway to Beijing South Railway Station (about 1 hour), then take a bullet train to Binhai Station (about 50 minutes), and finally take a taxi (35 minutes) or bus 513 (1½ hours) to Tianjin Port.

From Beijing Daxing International Airport: Take the subway to Beijing South Railway Station (about 1½ hours), then take a bullet train to Binhai Station (about 50 minutes), and finally take a taxi (35 minutes) or bus 513 (1½ hours) to Tianjin Port.

Although there are airport shuttle buses from the airports to Tianjin, we don’t recommend them, as they are time-consuming and inefficient, especially if you cannot speak Chinese.

We offer private transfers from Beijing (hotels, Capital Airport, and railway stations) to Tianjin Port. Your private guide will pick you up and escort you to the port.

If you want to share the cost with other travelers, we also offer group transfers.

Taking a bullet train is the most common way to get from Tianjin to Beijing.

Tianjin Port to the Great Wall

The distance between the Great Wall at Mutianyu (the less-crowded section we most often recommend visiting) and Tianjin Port is about 233 km (144 miles).

The most common way to get there is to take a train from the nearest station  Binhai to Beijing South.

It takes considerable time, Chinese skills, and hassle to get to the Great Wall of Mutianyu from Beijing South by public transport. You need to take bus 106, then the 916 express bus, and finally transfer to bus h7 or 23.

The best and fastest way is to book a Great Wall tour with a private transfer from Tianjin Port. You will be escorted directly to the Great Wall without any hassles. See our 2-Day Great Wall Tour from Tianjin Cruise Port as a customizable example.

To Beijing Capital International Airport: Take a bullet train from Binhai Station to Beijing South, then you can take a taxi or take subway line 4, then line 2, then the Capital Airport Express line to the airport.

To Beijing Daxing International Airport: Take a bullet train from Binhai Station to Beijing South, then you can take a taxi or take subway line 4, then line 10, and then the Daxing Airport Express line to the airport.

If you want to enjoy a hassle-free transfer between Beijing and Tianjin Port, we recommend booking a tour with a private transfer service. It is the most convenient way to travel between the city and the port in many cases (especially for families or larger groups).