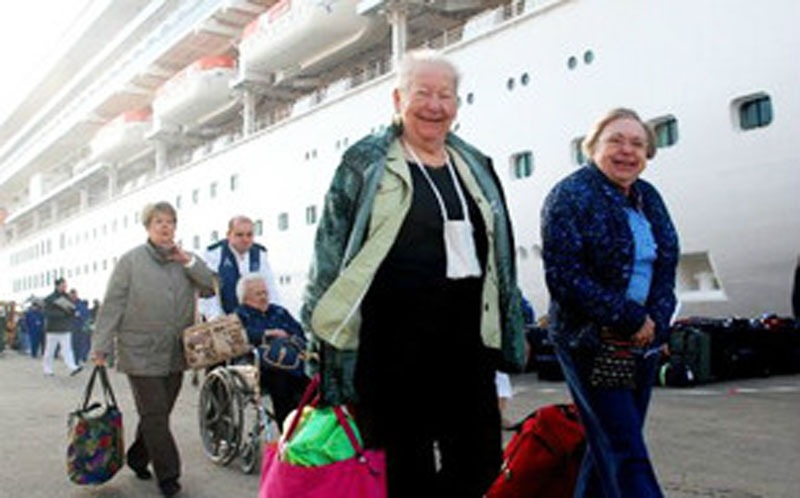 Best Way to Get from Tianjin Cruise Port to Beijing

Here's how to get between Tianjin Cruise Port and Beijing, including Beijing Capital International Airport.

Tianjin Port is about 180 km from Beijing. There are four ways to get from the port to Beijing: using our transfer service, taking a bullet train, taking a long-distance bus, and taking a taxi.

The best way to get from Tianjin Port to Beijing is to use our pick up and transfer service. You will have a private guide and driver. Our guide will meet you at the exit of the Port Cruise Terminal with your name on a sign. They will be on hand to help all the way from the port to your next destination. They will even help you carry your heavy baggage to the car. And the tour guide will introduce Beijing to you and give you some tips about travelling Beijing and China.

It is best to use Tanggu Railway Station, because it is closest to the port, if you can book the one or two suitable services per day. Otherwise Tianjin Railway Station has the most bullet train services.

Taking a taxi between Tianjin Port and Tanggu Railway Station is much more convenient than by buses (which may take 2 hours!), especially if you haven't researched in advance. Please note that taxi drivers may not speak any English, so it is advisable to have your destination written down or printed out in Chinese beforehand to show to the driver. Please find at the bottom of this page all the Chinese addresses you may need

There are only eight inter-city bullet trains daily between Tanggu Railway Station and Beijing South Railway Station. The journey takes about one hour and costs 79 yuan (13 USD) for first class, and 65 yuan (10 USD) for second class.

You are advised to book the train tickets in advance. Tickets will be in great demand the dates when cruise ships arrive. Book train tickets with China Highlights

The 3rd Way — Taking a Taxi

It is possible to take a taxi between Tianjin Cruise Port and Beijing, however it is definitely not recommended as it is much more expensive, usually takes longer, and is less comfortable than a bullet train.

There are many long-distance buses running between Tianjin and Beijing, but why take one when a bullet train is cheaper, quicker, and more comfortable? Taking a long-distance bus from Tianjin to Beijing costs around 80 yuan, but first you will need find your way to a bus station via taxi or difficult-to-negotiate city buses. The following bus stations have buses to Beijing:

The best way to go from Tianjin Port to Beijing Capital International Airport is to book a transfer service from a local travel agency, like China Highlights'.

Take a taxi from Tianjin Port to Tianjin Binhai Bus Station in Tanggu (滨海客运总站 address: 5976 Jintang Highway 津塘公路5976号), 34 km or about 50 minutes by taxi. Then take the airport shuttle bus to Beijing International Capital Airport (about 3 hours for 90 yuan or 15 USD).

It is not easy to get from Beijing Capital International Airport to the cruise port especially if you don't know Chinese. We advise you to book a transfer service, which will save you a lot of time and trouble.

Our tours can be customized. If you are not interested in the above tours, just tell us your interests and requirements, and we will tailor-make it for you.

Chinese Translations for Addresses You May Need

Back to Tianjin Cruise Port