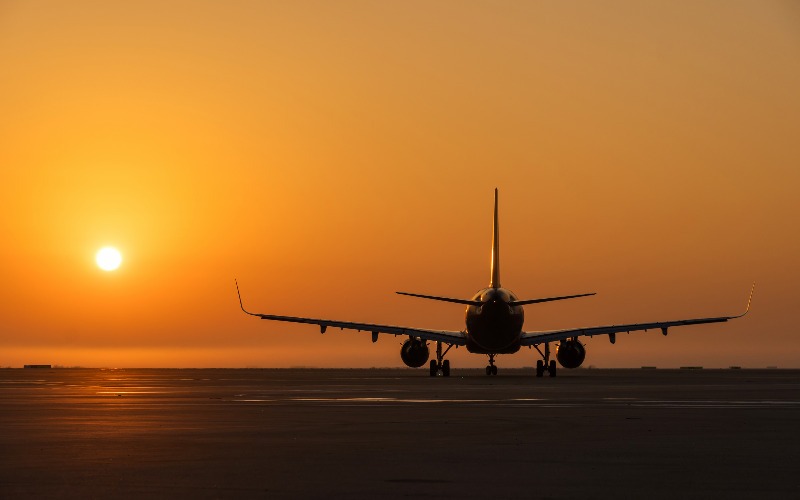 Air China is the most profitable airline in the world and was rated by Skytrax as a four-star airline in June 2011. It is the largest state-owned airline in China, and possesses the best aviation fleet.

Air China, founded in 1988, is one of the three largest airlines in China. The other two are China Southern Airlines and China Eastern Airlines. Air China is the most profitable airline in the world, with total asset of RMB 35,900,000,000. Ranked 36th on China’s list of 500 Most Influential Brands, as announced by World Brand Value Lab 2010, Air China’s brand value has reached RMB 28,733,000,000. It is also the only civil airline in China ranked as one of the world’s 500 most influential brands, and was rated by Skytrax as a four-star airline in June 2011.

Air China’s logo contains a red artistic phoenix that is also a transfiguration of the word “VIP,” sending the message that Air China treats every passenger as a VIP. According to Chinese legend, phoenixes are sacred birds that bring peace, prosperity, and luck. Air China endeavors for all of its passengers to have smooth and happy journeys. The logo also contains the Chinese name of Air China written in calligraphy by former national leader Deng Xiaoping, and ““AIR CHINA” in English.

Air China is a member of Star Alliance, the world’s foremost interairline alliance. Star Alliance currently has 27 member carriers that operate at 1,160 airports in 181 countries, with a fleet of over 4,000 aircraft. Passengers are the direct beneficiaries of Air China‘s membership in Star Alliance. For example, Air China passengers enjoy:

1. A seamless travel experience on connecting flights, and should delays occur on any leg of your journey, you are notified the moment your plane lands; Air China also helps you find an alternative flight that suits your schedule;
2. Easy check-in and ticketing through to your final destination, with boarding passes issued at your first check-in for all of your subsequent connecting flights; Minimum Connecting Times (MCTs) may apply;
3. Easy, flexible ticket transfers to another flight in the event of a delay or a cancellation of your scheduled flight;
4. Earning frequent flyer miles on every flight on airlines that are members of Star Alliance.

As of 2011, Air China possessed 280 aircrafts with an average age of 7.4 years, most of which are Airbus and Boeing. Currently, Air China utilizes over 260 aircraft that fly to over 150 domestic and international destinations. Its extensive domestic route reaches almost 100 locations in China, and the airline’s international routes mainly reach Asian, Australian, and European destinations, as well as selected destinations in South Africa and the U.S.

For Passengers on International Flights

For Passengers on Domestic Flights

Carry-on luggage exceeding the restrictions for dimensions, weight, and number of pieces needs to be checked.

Luggage exceeding the above number of pieces or weight is subject to excess weight charges.

Luggage exceeding 45 kilograms or with dimensions exceeding 100 cm (length) by 60 cm (width) by 40 cm (height) will not be accepted.

Every first-class and business-class passenger is allowed two pieces of luggage with maximum weight of 32 kilograms each without charge. The sum of the height, length, and width of each piece of luggage should not exceed 158 cm.

Luggage exceeding the above number of pieces or weight is subject to excess weight charges.

Luggage exceeding 32 kilograms or with dimensions exceeding 100 cm (length) by 60 cm (width) by 40 cm (height) will not be accepted.

The in-flight food varies depending on the class in which you sit and your flight time. You are usually served a light snack with a choice of tea, juice, coffee, and water if your flight is not during a mealtime. Fast food is available if your flight time exceeds one hour. You are provided with a meal if you take a flight during a mealtime and your flight exceeds one-and-one-half hours. Vegetarians, religious people, infants, and travelers with other special dietary needs can ask for a special meal when booking (at least 24 hours before departure time). Only selected international flights on Air China provide kosher meals, which need to be reserved at least 48 hours before departure.

Passengers in Forbidden Pavilion First Class and Capital Pavilion Business Class (the top-end classes on Air China) have 18 dishes to choose from.

Passengers who need WCHC (Wheel Chair in Cabin: passenger requires an on-board wheelchair and must be carried to/from cabin seat) should make a reservation 48 hours before departure time for both domestic and international flights.

Passengers who travel with their own wheelchairs need to check their wheelchair before boarding; they can do so free of charge and the wheelchair is not included as a part of the free checked luggage limit.

Phoenix Miles is the first frequent flyer program launched in China by to reward frequent flyers who travel with Air China and its partner airlines.