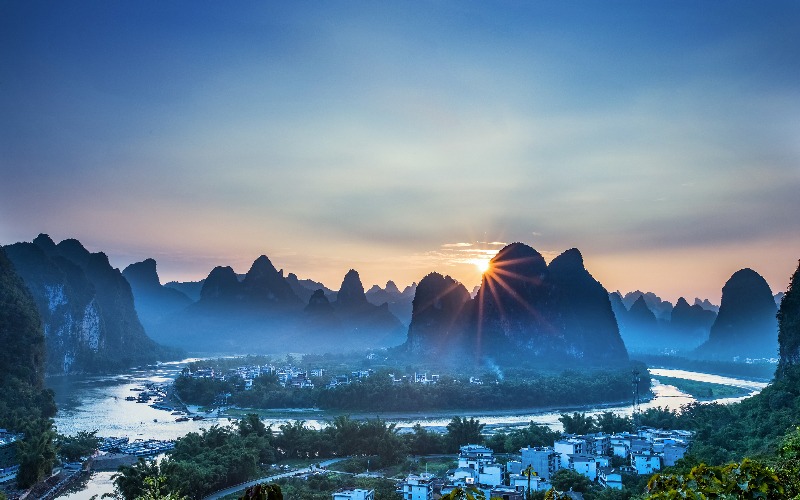 Train Travel Between Hong Kong and Yangshuo via Guangzhou

Train Travel Between Hong Kong and Yangshuo via Guilin

West Kowloon Station is the south terminus of the Guangzhou–Shenzhen–Hong Kong Express Rail Link (XRL). This station is in West Kowloon and adjacent to metro stations of Kowloon and Austin. So it is now the major travel hub in the Kowloon area for both China travel and internal transportation.

Through the MTR, you can easily transit from the West Kowloon Station to other regions of Hong Kong:

For information about suggested touring routes using the MTR for transportation, see Touring Hong Kong by MTR Subway and Tram.

The public transportation from Yangshuo Railway Station to anywhere of the town, or to the city of Guilin is to take a coach. Coaches are available at the entrance of the station to the West Street, Guilin Railway Station and Guilin Liangjiang International Airport.