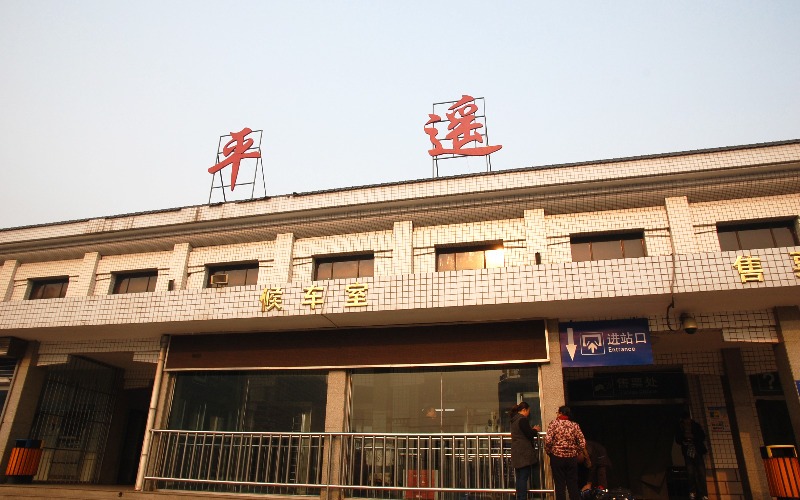 Pingyao Station is one of two in the small town of Pingyao, and it is near the "Ancient City" walled city. Near it, there is also a bullet train station that affords faster travel to Beijing and Xi'an.

Pingyao Station is a hub station for several conventional train lines, and this makes it useful for travelers. It is for low cost alternative China train travel to/from the Pingyao area.

Regular trains on 13 rail lines are in use daily. Passengers can take them from here to hundreds of cities including Lanzhou, Tianjin, Chengdu, Nanjing, Hefei and Jinan directly or by transferring.

Transfer hub: The Tongpu railway line runs north to south. In the north, the line goes to Taiyuan and Shijiazhuang. In the south, it goes to Linfen and Yuncheng. The Pingyao Station is a transfer station for several railway lines such as the line between Taiyuan, Chengdu, Baoji, Fenglingdu and Yangquanxi; the one between Xi'an, Changchun and Baotou; and the one between Datong and Hangzhou.

Relaxed travel: Since you can sleep in bed bunks, for many tourists, regular trains give a choice for relaxed and inexpensive bed bunk travel. The regular train station affords about the cheapest way to travel in China.

Train class: These mainly K class (regular trains) that travel about 120 kph (75 mph) and stop often and include bed bunks and hard seats. We don't recommend hard seats except for short distances.

Bullet trains are convenient for Beijing and Xi'an. D and G class trains leave from Pingyao Gucheng Station and go east to Beijing and west to Xi'an.

Check-in time: Please allow sufficient time to perform the departure procedures and check your baggage. Be alert. The procedure for getting on might seem confusing, pushy and rushed to foreigners unused to traveling by K class trains.

Safety: Keep your luggage and baggage closed and close to you since on these lower class trains, pickpocketing is a problem. In a rush to get on, people might push you or push past you to get a seat.

Passenger luggage: Passengers can check in luggage and parcels in the station.

Taxis aren't allowed in the Ancient City, so people can only go to/from the entrances. More than a hundred taxis are available. Some wait in front of the station for tourists.

Safety: Be aware that some drivers or people in fake taxis might scam you by overcharging or giving counterfeit money.

You'll find a variety of transportation available such as bicycles and electric bicycles and a wide range of prices. Haggle before you get on. The motorbike price to take you to the ancient city can be as low as 5 RMB. If you want to go to the city on foot, it may take about 15 minutes. You can rent bikes at the North Gate and at many hostels.

You could book tickets in the station or Pingyao Gucheng Station.

Sleeper Tickets Not for Sale in Pingyao...

If you plan to go to Xi'an, you are advised to buy your sleeper ticket in Taiyuan before heading for Pingyao for it is not possible to buy a sleeper there. Another option would be to upgrade your ticket in the train but this would be a more stressful and hard to come by.

...Or we can assist. You can count on us for booking tickets.

See our Pinyao and Beijing train tour suggestions. We can arrange your tickets and facilitate your tour in the area. We can also arrange for a driver so you can see the area in a relaxed comfortable manner. You may also be interested in our recommended 2-day Pingyao itinerary, which can be combined with a tour of other China cities.