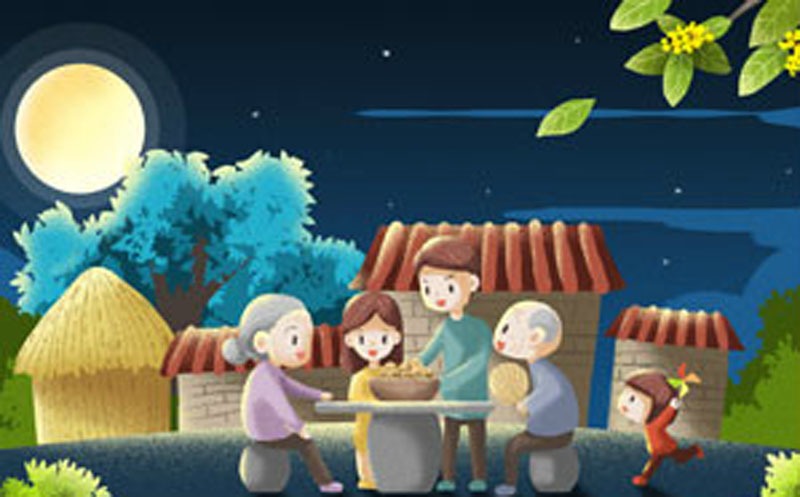 The 6 Best Places to Celebrate Mid-Autumn Festival in Shanghai

Are you in Shanghai or planning to be there for the Mid-Autumn Festival? This information will help you get the most out of the unique atmosphere.

6 Best Places to Celebrate the Mid-autumn Festival in Shanghai

The Bund is probably the most popular place to go to celebrate the Mid-Autumn Festival, partly due to its relatively tranquil atmosphere, and partly due to the many restaurants and tea houses along it.

The water front area sees families and friends having a leisurely walk, enjoying the night scenery on the banks of the Huangpu River each year during the Mid-Autumn Festival.

South Binjiang Road (南滨江路) at Pudong is filled with bars and restaurants. Enjoying the Mid-Autumn Festival by sipping a cup of delicious wine with your beloved or having a hearty dinner with your family will make this year's festival special. The prosperity and night scenery of the Huangpu River are within your view.

You may also board a cruise boat on the Huangpu River and enjoy the scenery of the gorgeous lights dancing together with the moon in the sky.

Shanghai Disneyland Park is the sixth Disneyland Park in the world and the first one in Chinese mainland. It opened on Jun 16, 2016, in Pudong District － promising a place both authentically Disney and distinctly Chinese.

Many usual Disney park features have been redesigned or are absent from Shanghai Disney Park to cater for Chinese visitors' penchants. It also combines movie figures with Chinese culture, like the Chinese Zodiac Murals in the Gardens of Imagination.

The Oriental Pearl TV Tower is 468 meters (1,540 ft) high, once the highest tower in Asia and the third highest in the world, but now itself surrounded by three taller towers.

The interior of the tower houses a variety of good places to enjoy the moon and Mid-Autumn, from a hotel near the top to a revolving restaurant at the 267-meter (876-foot) level, to shops and cafes. On almost any level above the base, one can get a fabulous view of the city as it stretches out toward the horizon.

Families and couples often have a unique Mid-Autumn dinner at the revolving restaurant, and then take an elevator to the top of the building to have a closer look at the moon.

Towering 420.5 meters (1380 ft) above the ground, the Jinmao Tower is now the third highest building in Shanghai.

If you want to have a clearer sight of the moon during the Mid-Autumn Festival, the tower is still a fine choice. There is an observation platform at the 88th floor, the highest floor. In addition to the view of the moon, you can also gain a sensational panoramic view of the city's skyline as the spectacular lights of its immense towers dance in unison.

Sheshan Holiday Resort is one of the most popular places for local Shanghai families to spend their Mid-Autumn Festival.

Locals like to enjoy a fun day time at Happy Valley, and stay at the Le Royal Meridien Shanghai, and watch the moon at the lakeside at night. In addition, there is an observatory at the top of the mountain for astronomy lovers to have a closer and clearer look at the moon.

Mid-Autumn is one of the busiest travel periods in China. Cheap public transport like buses and trains may be sold out, and accommodation may be slightly more expensive. If you are planning to visit the places mentioned above or other places in Shanghai to experience the Mid-Autumn Festival, book as early as possible.

Or you can contact us and we can help you avoid the hassles, and have a good experience in Shanghai that includes the best of the Mid-Autumn Festival.