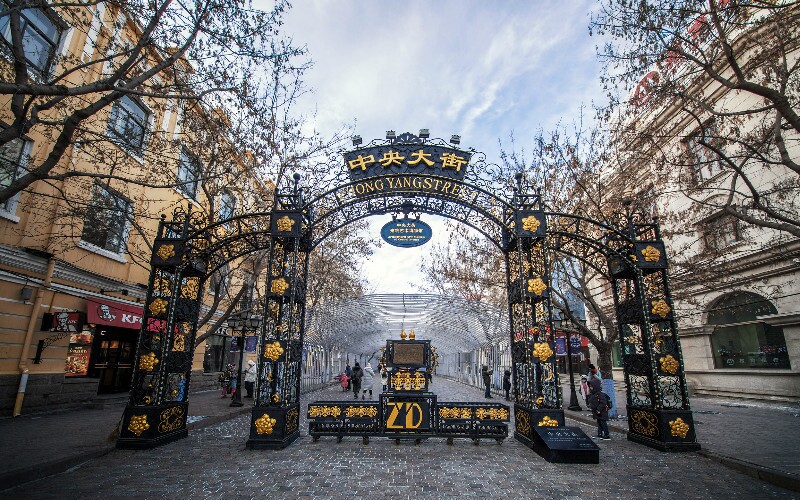 Weather: Summer begins in June. It is warm and clear during the day, but there is a big difference between night and day. In June, you can enjoy cool nights and generally warm and sunny days. The average nightly low temperature is 15 °C (59 °F), and the average daily high temperature is 26 °C (79 °F).

There is a large temperature drop from day to night of 11 °C. It rains on 13 days of the month for a monthly total of 84 mm. People enjoy a whopping 9 hours of sunshine a day. See the weather forecast for Harbin>>

Clothing: For traveling in June, long sleeve shirts and trousers will do during the day, but for early morning and evening, you may need a light jacket or sweater. You may need rain gear, and since the UV radiation is high, a sun hat might help you to avoid sunburn if you have sensitive skin.

Things to Do in Harbin in June

Siberian Tiger Park: This big cat preserve is one of Harbin's favorite summer attractions. Siberian tigers are the largest species of big cat, and they can weigh 225 kilograms or 500 pounds. These animals along with pumas, lions, Bengal tigers and other big cats are housed on about 250 acres of land that is just north of Sun Island on the other side of the Songhua River.

The tigers are bred there along with other species of big cats. Since perhaps less than 400 remain in the wild in Russia, this breeding program may be a way to preserve the species from extinction. Visitors can ride in vans out in the field where they run, walk around their fences, and feed them.

Shop and Sightsee Along Central Street Harbin Central Market: This cobblestone pedestrian shopping street is a place to go for a walk in the summer. It is interesting for a visit and sightseeing.

It was the old Russian and foreign area that was built in the early 20th century when there was a large Russian settlement. There are old Russian-built buildings and buildings built by other ethnic groups. In these buildings, restaurants and shops were opened. It is a place to shop for Russian and international goods and sightsee.

The street is more than a kilometer long (about a mile), and it is lined with restaurants, stores, and malls. The stores sell Russian products such as souvenirs, furs, vodka, chocolate, and Russian food. You'll find Russian restaurants and other international restaurants.

The old Russian town area takes up several blocks in central Harbin. By walking from the street for two blocks, you can go to Zhaolin Park and the St. Sophia. The architectural features are beautiful and unusual. There is an intricate play of light and shadow inside that reminds one of an Arabic interior.

The exterior with the shiny green domes looks beautiful as well by day or night. At night, soft lights glow to make the cathedral look inviting. The icons on the front are interesting, and the gold finish contrasts with the green roof and blue sky. It is 53 meters (174 feet) high and looks like the cathedral in Moscow's Red Square.

June is a good time to go in the summer before precipitation increases substantially in July. You can enjoy the long hours of sunshine before the rainfall jumps up in July and travel and tourism increases during student summer vacations in the middle of July. So it a good time for seeing the outdoor attractions. Prices are low or moderate for hotel rooms, flight tickets and train tickets. See our useful train ticket schedule information.

It is better not to rely on the local taxis. There are relatively fewer in Harbin than other cities. We could arrange a private vehicle and driver for your tour or your group's tour.

Our clients can sketch out ideas for their tour in Harbin and other locations in China, and our tour advisers will fill in the details about the tickets, accommodations, and travel. We can also book rooms and purchase your tickets by our experience.