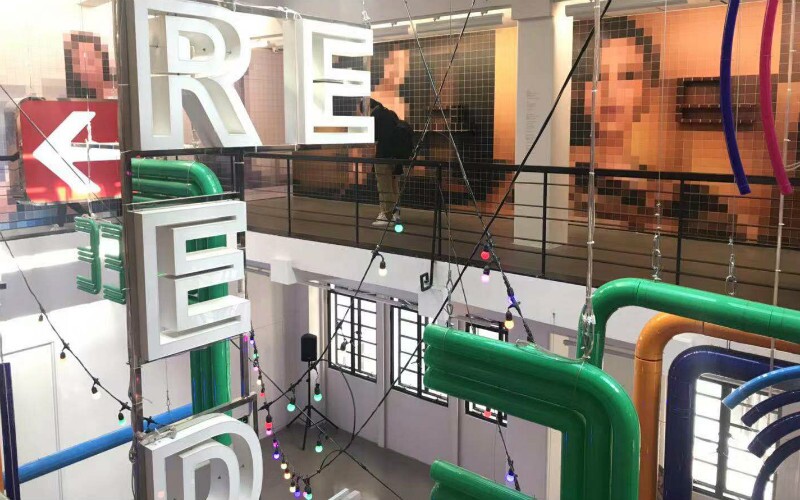 If you were to think of the best architectural sights in Shanghai then the chances are the first thing you would think of are the sky scrapers, it is hard not to. What you probably don't know is that Shanghai has some of the best art deco architecture of anywhere in the world.

Built during the late 1920s and 1930s, Art Deco was in fashion during Shanghai's first decade of true prosperity. Whilst the West was embroiled in the Depression, Shanghai was building at a pace China wouldn't see for another 60 years. Indeed Shanghai's Art deco credentials are so strong, it has been picked as the host for the 2015 World Art Deco Conference.

Instantly recognizable, the wedge-shaped Normandy apartment building has had a turbulent history. It is the earliest apartment buildings in Shanghai to have been built with balconies, a luxury that at the time attracted wealthy Western businessmen, before being bought by one of the Si Da Jiazu - the four most powerful families in China, and finally being confiscated by The State just four years later. During the Cultural Revolution it earned the gory nickname 'The Diving Board', as intellectuals and enemies of the state would jump to their death from the rooftop to escape persecution. This rich history makes it one of the most sought-after residences in Shanghai.

Like The Normandy building, The Pei Mansion is another of Laszlo Hudec's creations - the father of art deco in Shanghai. It was originally built as a private residence for the influential Pei family. Though it has since become a 5 star hotel, at the time of its completion in 1937, The Pei Mansion was rated as the most luxurious home in the Orient. One of the most appealing things about the Pei Mansion is that the Suzhou-style garden has been left open to the public, it is a wonderful example of the sort of gardens that used to be attached to these great buildings, but either remain privately owned or have disappeared.

Located in Hongkou District, Le Corbusier's 1933 Slaughterhouse stands apart from other art deco structures in Shanghai both in terms of scale and complexity. As the name suggests, 1933 Slaughterhouse was originally an abattoir, and behind the imposing geometric façade is a labyrinth of staircases and bridges designed to ferry cattle and workers though the building into the circular inner structure.

The angular bridges, beams and staircases make the 1933 Slaughterhouse an amateur photographer's paradise.

After falling into disrepair, 1933 Slaughterhouse received a makeover in 2008 and has been restyled as a creative center which is now home to a selection of restaurants, galleries and wine bars, as well as hosting a number of high-end shops. The building itself justifies a visit in its own right, the inner and outer buildings are connected by a myriad of bridges and staircases, and is one of the best examples of art deco architecture there is in Shanghai, it is an amateur photographers paradise.

Although the fame of these three buildings saves them from being demolished and replaced by high-rises, like the traditional shikumen houses before them, art deco buildings are disappearing across the city, architectural merit, it seems, is no barrier to modernization in Shanghai. Indeed, 2015 could be the last time there are enough art deco structures in Shanghai to warrant hosting the Art Deco Conference here again.

Contact us to build art deco architecture into a Shanghai tour.