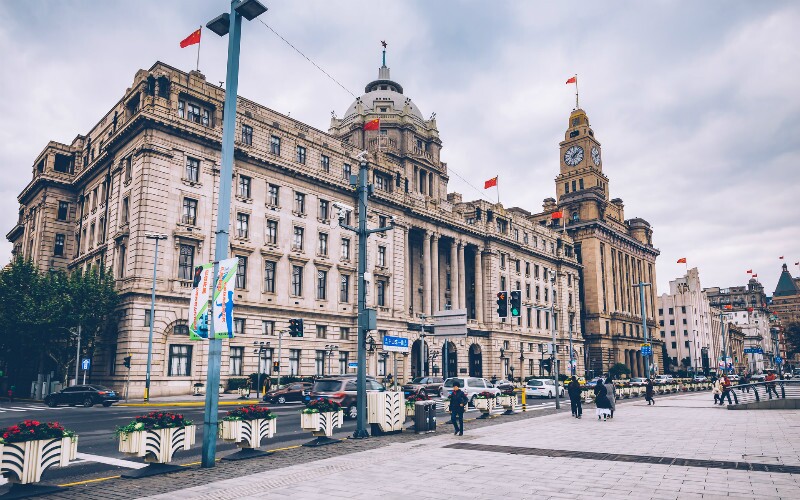 L. E. Hudec, a Hungarian architect with Slovakian citizenship, was an important figure in Shanghai from 1920 to 1940. He might not have been the most famous foreigner on the Shanghai Bund, but he was the one that appeared most often — his architecture cover a very wide range of buildings, such as banks, hospitals, cinemas, churches, schools, and private building.

Wherever you are in Shanghai you can see his works: Park Hotel, the Grand Theatre, Moore Memorial Church, Shanghai No. 3 Girls' High School, and so on. These architectures form the native style of "Old Shanghai", housing "Shanghai-style culture" and "Shanghai-style spirit".

Hudec was born in the Kingdom of Hungary (now Banska-Bystrica, Slovakia) on January 8th, 1893 in a rich family. Hudec majored in architecture from 1911 to 1914 in Budapest Royal Academy, and was elected as a member of the Royal Institute of Hungarian Architects.

In World War I he joined the army, was captured by Russian Cossacks in 1916, and was sent to a prison in Siberia. In 1918 he was moved from Siberia, and when the train went near the Chinese border he jumped from the train. Escaping the Russians he went to Shanghai.

In order to make a living Hudec worked in an American architect's office — Curry Foreign Firm, learning English and Chinese there. In 1925 he founded his own firm — an architectural design office, and soon became one of the most important architects in Shanghai, known for his amazing talent and artistic sensibility.

From 1918 to 1947 Hudec took on and completed about 50 construction projects (more than 100 individual buildings), 25 projects of which were listed as outstanding historical buildings in Shanghai.

Located at 129 Panyu Road, the memorial looks like a building in the England countryside. A steep, slated, double-pitch roof takes half of the house's vertical face; two towering brick chimneys stand one at each side of the roof; and the southern vertical face is a gable wall.

The ground (first) floor is constructed with red brick walls without plastering. Above, the second floor is formed of white walls and a dark timber frame, whose contrasting colors are rich in layers.

On the ground floor there are three connected column windows and an arch gate. On the second floor are bent-line bay-windows. In the past there was a big garden on the southern side of the house, but it was reconstituted as a school's playground, surrounded by busy streets.

The Green House (The Former Residence of Wu Tongwen)

The house is encompassed by a long green-brick wall, embracing Beijing West Road and Tongren Road. Inside the green wall is the four-floor, green, arc-shaped building.

The first owner of the Green House was Wu Tongwen — "the king of pigment" in Old Shanghai, who had almost monopolized the Shanghai pigment market. Green pigment could only be made in his company at that time, so Wu Tongwen took green as his lucky color, contributing it to his green house.

Mr. Wu required Hudec to build his house as a most unique one, the most fashionable and modern one in Shanghai. With modern facilities inside — elevator, air conditioning, floor heating, and a boiler room. The Green House was widely recognized as "the greatest mansion in the Far East".

Park Hotel is one of the oldest hotels in Shanghai, enjoying the title "the first tallest building in the Far East".

It was completed in 1934, and built with reinforced concrete into 24 floors, two of which are underground, with the other 22 giving it a height of 83.8 meters. It was the tallest building in China and Asia at that time, and was the highest in Shanghai for as long as half a century.

It is located on bustling West Nanjing Road, with picturesque People's Park opposite. Transportation is convenient there.

The Grand Theatre used to be China's first widescreen movie theater, enjoying a history of over eighty years.

It was built in 1928, but was forced to close in 1930. In 1933 it was rebuilt, and redesigned by L. E. Hudec. The rebuilt Grand Theatre became the first theater in the Far East with its own luxurious facilities.

The Grand Theatre is located in Huangpu District, at 216 West Nanjing Road, next to Nanjing Road Pedestrian Street, which was named "the First Chinese Business Street" in the east.

Covering an area of nearly 10,000 square meters, it was a modern multifunctional classic movie theater, with six or seven screen halls, and soon became a unique cultural entertainment center in Shanghai. Now the Grand Theatre is under protection as one of the city of Shanghai's outstanding buildings. 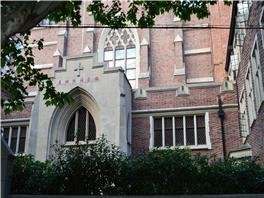 The church was originally called Moor Church, or "Mule Church". It is located at 316 Tibet Middle Road, Huangpu District, at the junction of Jiujiang road, with its door facing west. It covers an area of 1,347 square meters and has a floor area of 3,138 square meters.

It is of collegiate Gothic architecture that was popular in America, built in 1929 with wood and brick. There is a tower in the southwest corner of the hall, and at its top is set a neon cross of five meters in height, which is especially dazzling at night, a big landmark on People's Square.

If you would like to take our Hudecian tour, or combine it with one of our classic Shanghai tours, just contact us. We can help design a tour perfectly suited to you.