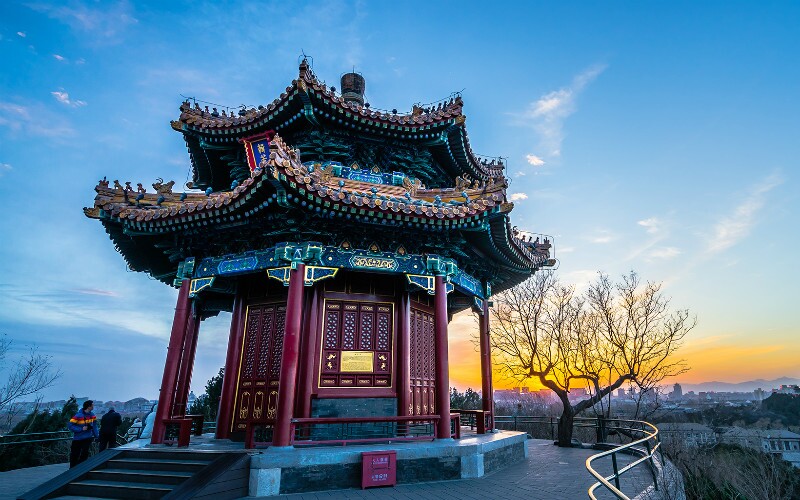 Located in the center of Beijing and facing the north gate of the Forbidden City, Jingshan Park is superbly landscaped with hills to ascend by steps, clear lakes and dignified ancient buildings. It used to be one of the ancient imperial gardens in Beijing, and now has developed as a peaceful public park.

Pavilions: The dignified Qiwang Pavilion is surrounded by verdant cypresses, where emperors worshiped the memorial tablet of Confucius in ancient times. Among the pavilions standing on every summit in the park, Ten Thousand Spring Pavilion is situated in the center, where you can look down at the Forbidden City and Beihai Park in the west.

Peony Festival: During May each year Jingshan Park turns into the biggest peony garden in Beijing, with more than 20,000 peonies covering 200 varieties, including some rare species. Jingshan Park was developed from a small hill in the Yuan Dynasty (1271–1368) into a large, comprehensive garden. Many trees were planted on the hills, and the pavilions were used as holy places to offer sacrifice to imperial ancestors in the Ming Dynasty (1368–1644). The park became a popular summer resort for the imperial family.

After the inauguration of China Jingshan Park was improved and renovated. Now it is one of the must-visit parks in Beijing.