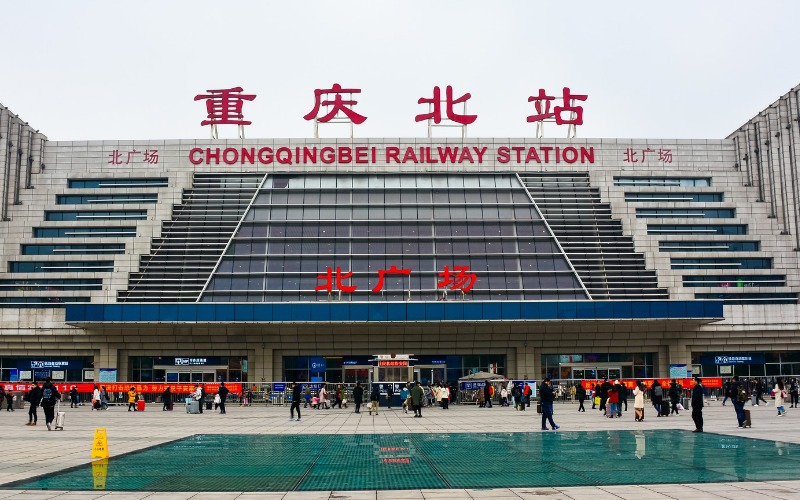 Chongqing North Railway Station is primarily in charge of the Yu-Huai Railway and the Suining-Chongqing Railway. It handles about 40 passenger trains on average daily, including various types of passenger trains. These include inexpensive bullet trains to Chengdu that take about two hours to arrive.

At present, the Chongqing North Railway Station is not open all day. The first bullet train leaves for Chengdu at 8:00 AM. The last train at night is the fast train departing to Hangzhou at 23:59 in the evening.

Search for Chongqing train schedules and book a ticket now!