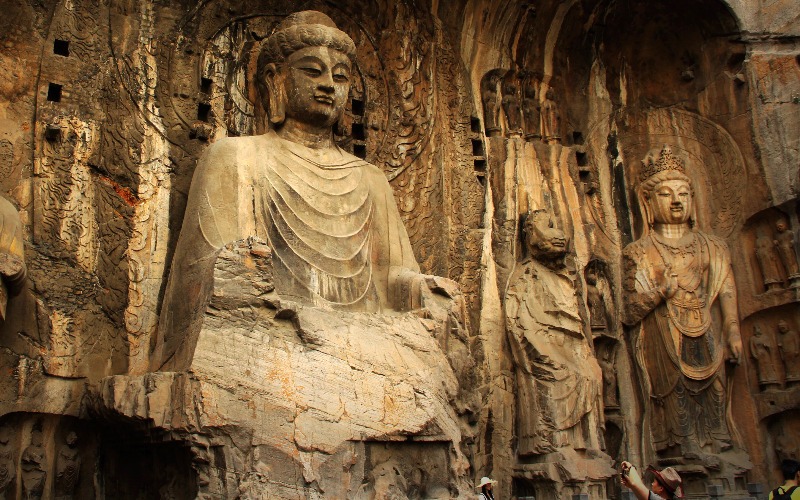 Ticket office is located on the first floor, beside the entrance. There are 20 ticket windows providing passengers with services such as ticket issuing, ticket change and ticket refund.

The waiting hall has been fully covered by WI-FI.

Left-lggage office is at the east side of the entrance in the station. It charges CNY5 per bag for three hours or less and CNY10 per bag for more than three hours.

By bus: you can take bus No. 28, 77, K28 or K77 from Luoyang Railway Station to Luoyanglongmen Railway Station directly. It takes around an hour for the journey. Ticket fare is 1 CNY per person.

How to Travel to the Airport from Luoyang Railway Station

By bus: after exiting the station, walk around 100 meters to the West Square to take bus No. 83 to Luoyang Beijiao Airport. The journey takes around an hour.

By taxi: taxies usually wait at the east and west squares of the station. A taxi ride from Luoyang Railway Station to Beijiao Airport takes 50 minutes, with the fare of 50 CNY (USD 8).

How to Get to Longmen Grottoes from Luoyang Railway Station

By bus: after exiting the station, walk 2 to 3 minutes to the bus stand, take bus No. 81 to Longmen Grottoes directly. This bus line pass through 17 stops, with te duration of around 55 minutes. The bus ticket cost CNY 1.5 per person.