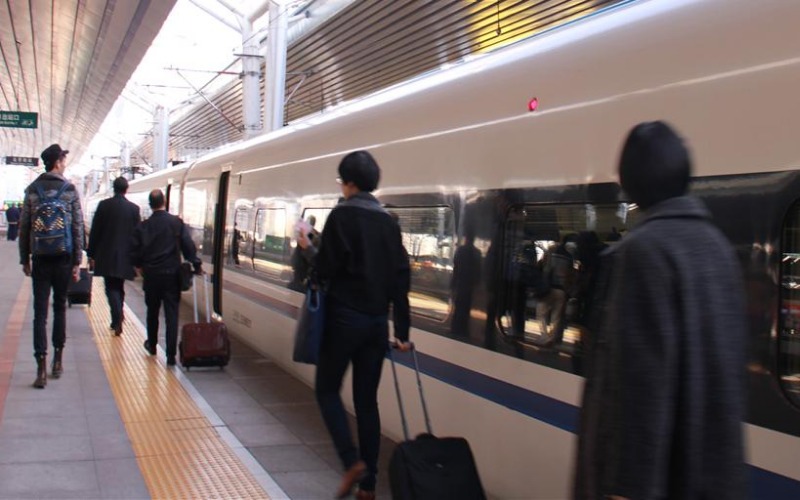 Beijing West Railway Station, or Beijing West for short, was completed in early 1996. It is one of three major railway stations in Beijing. The station is near the West 3rd Ring Road, and you can get there easily by bus, metro, or taxi.

See the popular train travel routes (departing from Beijing West Railway Station) below to get some travel ideas for planning trips in China:

Or you can check the trains from Beijing to other cities at China Highlights Train Ticket Service.

Beijing West Railway Station has two access squares: North Square (in front, popular access) and South Square (behind, less-used). They are connected by underground passages of up to 500 meters.

The second floor (F2): It has waiting rooms, stores, restaurants, a left-luggage office, a luggage porter service, a medical center, and a ticket office selling group tickets and tickets to Hong Kong. The entrances of South Square and North Square are both equipped with escalators.

The ticket windows sell tickets 24 hours a day, 7 days a week. You can go there in person to buy tickets with your valid passport. Or you can book Beijing train tickets online, and then collect the tickets there.

Usually, people enter Beijing West from North Square because the transportation is more convenient from the city center, and it is closer to attractions and hotels in the city.

South Square is a newly built square and is not very crowded. It is further away from attractions and hotels in Beijing city center than North Square. If you are taking a high-speed train from other cities, such as Xi'an to Beijing, the exits at South Square are more convenient for you.

If you are being collected by a friend or your tour guide, you'd better tell him/her which exit to wait at in advance.

The waiting rooms are all on F2. Numbers 1 to 7 are used for normal speed trains (K, T, and Z trains), while numbers 8 to 13 are designed for high-speed trains (G and D trains).

To Lhasa, Tibet: The T27 waiting room is specifically for passengers waiting for the T27 train, which runs to Tibet.

There is a large LED screen that displays train schedules and corresponding waiting rooms in order of departure times, making it convenient for you to find out which waiting room to go.

Alternatively, you can ask staff members or other passengers for help. Below is a Chinese phrase that you can show them:

Water and washroom: There is a washroom with hot water at the entrance to each waiting room.

Beijing West Railway Station is a large railway station. It is recommended that you arrive at the station 1–2 hours before your train's departure time.

Medical center: Don't feel well? There is a Considerate Medical Center between waiting rooms 6 and 7. If you do not feel well while you are waiting, you can see some professional medical personnel and get commonly used drugs for medical care.

Luggage claim: You can claim your luggage at the west side of North Square.

Luggage porters: If your baggage is too heavy to carry by yourself, you can find a "red cap" (staff members wearing red caps or red jackets) luggage porter to help you take it on your train, for a reasonable fee (5–10 yuan per piece). The "Red Cap" Luggage Service Center is at the entrance to the waiting rooms.

Transportation - Beijing West to Other Stations, to the Airport, and to Attractions

Leaving the Station by Taxi

Passengers can get taxis at the Taxi Dispatch Center in B2 and B1, east of the north exit.

There is another Taxi Dispatch Center under the east helical ramp of North Square. Due to the heavy traffic on Beijing West Railway Station's North Square, there are no official taxi lanes on the street in front of the square. Taxis are not supposed to stop there, but taxis do go there to pick up passengers anyway.

Transportation to Beijing's Other Railway Stations

Take the Beijing West Railway Station Line (No.7) in South Square (in front of China Railway Express, 中铁快运). The buses run every 30 minutes from 5:10am to 9pm. The journey takes about 2 hours and costs 16 yuan.

To Temple of Heaven Park: 30 minutes

Show the following sentences to members of staff at Beijing west railway station, if you need help: