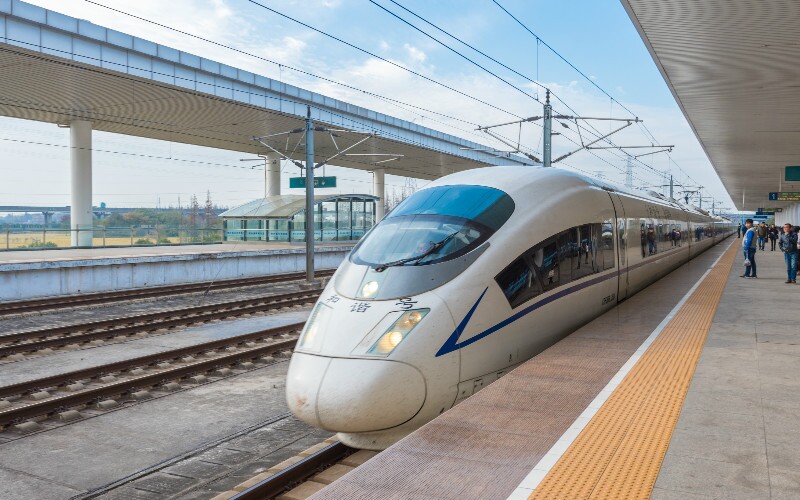 Chongqing is located in the joint area between the east where China's economy develops quickly and the west where there are abundant resources. it is the economic combination of the Yangtze River valley and the southwest region. So, Chongqing becomes the hinge of transportation, post and telecommunication in southwest China. The water, land and air transportation in Chongqing extend in all direction. Chongqing has formed convenient and high-efficient stereoscopic traffic network with all parts of China and even a lot of large and medium cities in the world. "It's difficult to reach Sichuan" that has long become the past.

Chongqing Jiangbei International Airport, ranking among the top 10 airports in China for five consecutive years, began reconstruction and expansion in early 2000. After the project is completed, Chongqing will become the largest aviation hub in the central and western regions. Two small airports are also under construction in the municipality, which when completed will accommodate the take-off and landing of Boeing-737 airplanes. Wuqiao Airport in Wanzhou of Chongqing, to be built at an estimated investment of 370 million yuan, has started construction, and will be put into service in 2003. The program for the construction of Zhoubai Airport in Qianjiang has been approved.

The urban transportation system mainly consists of buses that go everywhere, taxies, and a subway and monorail mass transit system that is still under construction.

Most people travel by bus. Since the signs are in Chinese and the routes and streets are often not in straight lines, taking the bus might be confusing. So go with a Chinese friend or be really sure about the bus number and the names of the stops. Tourists in Chongqing are warned that it is easy to get lost due to the many hills and valleys and the two rivers. The layout of the streets is confusing. Ticket prices run between 1 RMB and 2 RMB. The fare for some buses depends on the distance traveled.

If you are going to one of the city centers, here are the names. The four city centers in Chongqing are called Shapingba, Jiangbei, Nanping and Jiefangbei.

There are a lot of national highways in Chongqing, such as, Highway 210, 212, 313, 319, 321, etc. These national roads have formed a comprehensive transportation network which have linked Chognqing with other parts of China.

There are many large or small bus stations, such as, the Chongqing Bus Station, the Shaping Dam District Bus Station (Chongqing). Find information on some important bus station follow:

River travel on the Yangtze just got a boost from the completion of the 3 Gorges Dam in 2008. Before that, big ships could pass, but now there is 7 times more shipping than there was before the dam was built. Before the dam was built, the Three Gorges site handled about 18 million tons of freight. Since the dam was built, the freight capacity of the river increased six times and the cost of shipping was reduced by 25 percent. At present, locks raise and lower ships from the artificial lake behind the dam, and the trip through the locks takes about four hours. But a new ship lift is being built that can handle ships up to 3,000 tons. The vertical distance traveled will be about 113 meters, and it is expected that ships will pass through the ship lift in less than an hour.

Many people think that the scenery of the Three Gorges was ruined by the dam, but some people who travel up the river and lake say that the view is better from a boat than it was before the dam was built because the walls of the valley used to block the view, but now you can see much more of the mountains and the region on the lake. A trip from Wuhan to Chongqing or Sichuan takes about 5 or 6 days. On a 4 or 5 star cruise ship, you can relax and enjoy the food and the meals.

Chongqing is the biggest inland river port in western China. In the past, most people went to and from eastern China on the Yangtze River. The Chongqing Passenger Dock (Chongqing Chaotianmen Dock) is located in Chaotianmen at the junction of the Yangtze River and the Jialing River. It's the best starting point for a Three Gorges cruise by ship.

If travelers want to enjoy the sights along the Yangtze River and the Three Gorges by ship, they first must choose a cruise ship. There are three categories of passenger ships: the foreign tourist boat, the domestic tourist boat, and the common passenger boat. The foreign tourist boats are graded from one-star to five-star. To enjoy your time, relax and have good meals, it is suggested you sail on a four or five star river cruiser.