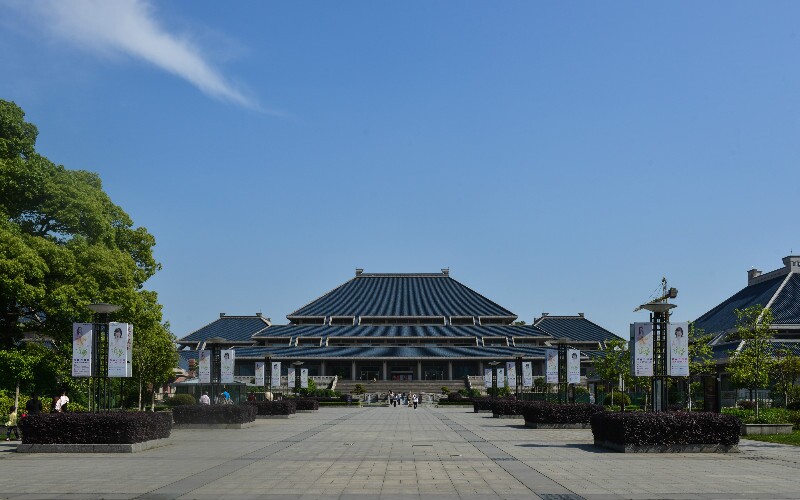 Hubei Travel Guide - How to Plan a Trip to Hubei

Hubei is in inland China in the middle stretch of the Yangtze River basin. It has one big city, Wuhan, that plays a big role in central China's educational system.

For tourists, the main places to go are urban, natural, and historical such as the Three Gorges.

Yangtze River cruises, quick bullet train links to other major cities, and its central location make the province a tourist transport hub area, and it is a choice place to go for those who want to take a retreat to a less touristy area of China where they can experience average everyday Chinese life.

The Yangtze River cuts its way from the Three Gorges on the west side to eastern Hubei.

Hubei Province is in central China along the middle section of the Yangtze River. The province is north of Dongting Lake, hence the name Hubei which means 'north of the lake.' Hubei Province borders six provinces with Henan to the north, Anhui to the east, Jiangxi and Hunan to the south, and Shanxi to the northwest.

Economy: Hubei Province has extensive industry and high-tech research. Wuhan is a fiber-optics production and research center. An extensive university system is centered in the Wuchang district of Wuhan. Compared to the rest of China, Hubei people have a relatively high average per-capita income of about 9,000 USD.

During the Qing Dynasty era, the area of Wuhan was a summer retreat for the Qing rulers.

Wuchang on the southern bank was a Qing education center for Confucian scholars and literati. Hanyang was next to it. Hankou was on the north bank and was a financial and mercantile center.

When the British controlled Hankou during the 1800s, Hankou was their main inland trading port. Railroads were built that connected the British port with northern China, so it became one of the busiest ports in China. Steamboats carried merchandise more than 1,000 kilometers inland from the coast.

During the late 1800s, Hanyang became one of the Qing Empire's only industrial centers. They used locally produced coal and the convenient transportation to build steel and weapons factories. The local government emphasized developing universities in Wuchang and a more modern army.

Wuhan became a center for support for Sun Yat-sen, and in 1911, the anti-Qing revolution began there. See more Wuhan Facts.

There are 8 other cities with populations of more than 2 million.

The natural attractions in Hubei Province are the best attractions. The province has beautiful vast countryside and natural places, but most tourists hardly ever get out to appreciate the vast rural areas, towns and mountains.

The city of Wuhan is an intriguing mix of history and rapid modernization that isn't touristy. You can experience everyday life in a laid back way. One of the good things to do while there is get out to the riverside to appreciate the river and its breadth. You can barely see across it. It is so big it produces its own weather such as fog and hanging mists and moderates the weather in the region.

The Shennongjia Mountains on the western border are said to be 'the heights of Central China.' The Shennongjia Forest Preserve is famed for natural scenery, rare animals and plants, albino animals, and mysterious 'wild men' (Chinese yeti) that are said to be seen there. Shennong Stream flows down form it and is popular for boat trips.

The Three Gorges Dam is world famous. It is the largest dam in the world, and the heaviest thing ever made with concrete. It weighs 144 billion tons!

Xiling Gorge, Wu Gorge and Qutang Gorge are the famous Three Gorges that tourists like to visit.

Wudang Mountain is one of the Four Famous Mountains of China. It is a good place to hike.

The Europeans set up a big port settlement in Hankou, and for this reason, rapid modernization of the city was spurred, and it became one of China's most industrially and educationally advanced cities. When revolts first started against the Qing Empire (1644–1912) and warfare started with Japan around the turn of the 20th century, Wuhan's armaments and educated young people helped to strengthen the modern nationalistic Chinese forces.

Hubei Provincial Museum is a place to learn about Chinese history.

Hubei weather is generally temperate in the fall and spring, but it is hot and humid in the summer. It is especially humid close to the river. The climate makes for beautiful scenery and good agriculture. Spring and autumn are the most comfortable times for touring the province.

Wuhan/Hubei style cuisine is noted for being hearty, healthy, and simple but delicious. Fish from the rivers and lakes are the highlight in the restaurants.

On the streets, Re Gan Mian or hot dry noodles with spicy peanut sauce is everywhere. It is an unusually delicious simple food/snack to have day or night and warms you up in the cold winters.

The cuisine is classified as Central Chinese Cuisine. However, it is just mildly spicy compared to the burning hot cuisine of Chongqing and Hunan.

Hubei Province has been a transportation hub since ancient times. Water transport is important. The Yangtze River, Han River, and other rivers form a natural network of navigable waterways that covers more than half the province. Wuhan is a bullet train/conventional railway hub.

There is 1 international airport in Hubei called the Tianhe International Airport in Wuhan. This airport has flights to about 12 countries and territories including Dubai, Moscow, London, Japan, Hong Kong, and Vietnam. The are domestic airports in Yichang, Xiangfan, Handan, Enshi, Shashi, and Shiyan. The Yichang airport is popular for tranportation to Yangtze cruises and the Three Gorges. Yichang has international flights to Thailand as of 2019.

Bullet train travel is becoming increasingly important as the network grows. For sightseeing, seeing the scenery, and ease of travel in central China, we recommend bullet trains.

There are fast trains to more than a dozen major cities. The important ones for tourists include the Wuhan to Shenzhen North line (including Guangzhou South) in about 5 hours, Wuhan to Beijing West Station in 4 to 6 hours, Wuhan to Shanghai Hongqiao in about 4 to 5 hours, and Wuhan to Yichang in about 2 or 2 and a half hours.

The conventional train network is extensive. You can go to hundreds of cities on them.

Wuhan is 700 kilometers (420 miles) from the sea, and you can take a cruise ship from Shanghai to Wuhan. We recommend Victoria Cruises for a Shanghai to Wuhan and/or Chongqing cruise. Most cruise companies ply only between Chongqing and Yichang.

You can use the fast trains to tour around.

Other very popular tourist areas around Hubei include:

Changsha is popular in part for its proximity to the national parks around Zhangjiajie that is famous for the rock spires. At present, only one conventional train goes between Wuchang Station and Zhangjiajie, but you go to Changsha by bullet train quickly and then travel onwards by bus or other means.

Chongqing is adjacent to Hubei on the west. It is a popular tourist city, and bullet trains can take you there in 6 or 7 hours. You can also go by cruise ship.

72-hour visa-free entry is now available at Wuhan International Airport. You could travel around the region for up to 72 hours without a visa.

Tour Hubei and China with Us

In addition to our standard tour packages, you can design your own itinerary for Hubei and the rest of China.

Choose a Hubei Tour to discover the Tourist Essence in the province. All our tours are modifiable. Customize a tour including Hubei.