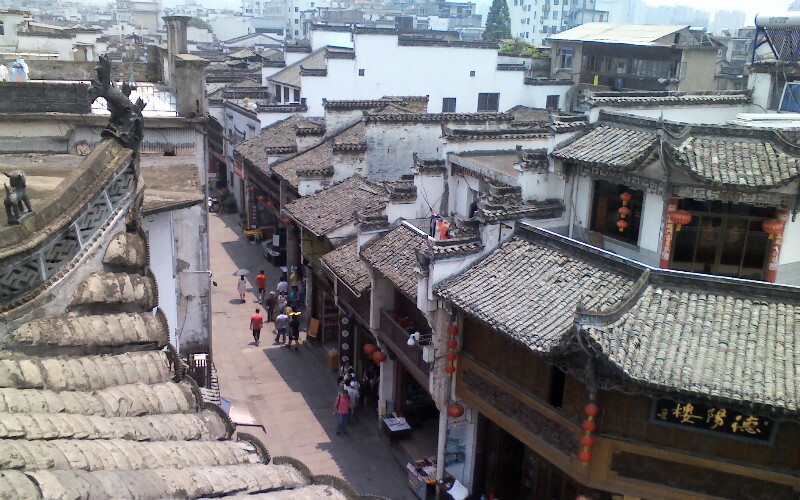 Old Street (老街) has a plethora of souvenir shops. The old architecture and shops, and good restaurants, make Tunxi Old Street one of the region's favorite tourist spots.

Tunxi Old Street was a merchant area. The structures date from the Ming (1368–1644) and Qing (1644–1911) eras. The style of architecture is called the Anhui style or Huizhou (鰴州) architecture. The look of these structures is similar to that of the Hongcun merchant houses. It is the best-preserved section of Huangshan City.

The buildings are made of brick and wood and have two or three floors. Although the shops on Tunxi Old Street are not very large, they are deep, allowing for a shop in the front and space in the back for a home, workshop, or storeroom.

Tunxi Old Street is 1½ kilometers long and 7 meters wide, and it is lined on both sides by long lines of shops. About a kilometer stretch of it is pedestrian only.

Tunxi's old ink factory is famous regionally. It still produces ink blocks in the traditional way. These and the other "treasures of the study" (palletes, calligraphy pens, and paper) are on sale there along with traditional seals, which can be carved to your specification. On a tour you can see how these commodities have been produced for centuries.

How to Get to Tunxi Old Street

From the bus or train station it takes about 5 minutes by taxi.

A Yellow Mountain sea of cloud

The Yellow Mountains (1½ hours) is legendary in China, the star attraction of the region. It is known for the beautiful mountains and hiking paths.

Wuyuan Village (1½ hours, 85 km south) is known for the annual 'sea of flowers'. The yellow rape flowers bloom in March and April.

Hong Ancient Village (1½ hours) is the most famous and popular World Heritage listed village in the area. There are well-preserved historic courtyard gardens and houses.

Tunxi, i.e. downtown Huangshan City, is a popular staging ground for trips to the Yellow Mountains and nearby attractions with its bus and train stations, and Huangshan's airport 9 kilometers (5 miles) away. Backpackers and low budget tourists often stay around Old Street for its good dining and less-expensive hotels (than at the famed tourist spots). It is an interesting place to amble around and rest before or after going to the Yellow Mountains.

When schools and universities are on summer vacation in July and August, there is the biggest influx of families and young people eager to go to the Yellow Mountains. To avoid crowds, avoid Friday, Saturday, and Sunday during high season, and the major holidays.

Let us help you make reservations in advance. In high season or on major holidays, Huangshan flights and hotel accommodations are relatively more expensive, and train tickets may be difficult to obtain.

Our 3-day Essence of the Yellow Mountains and Tunxi Tour includes a visit to the Old Street. Or contact us to tailor-make a tour including Tunxi according to your interests and time constraints. 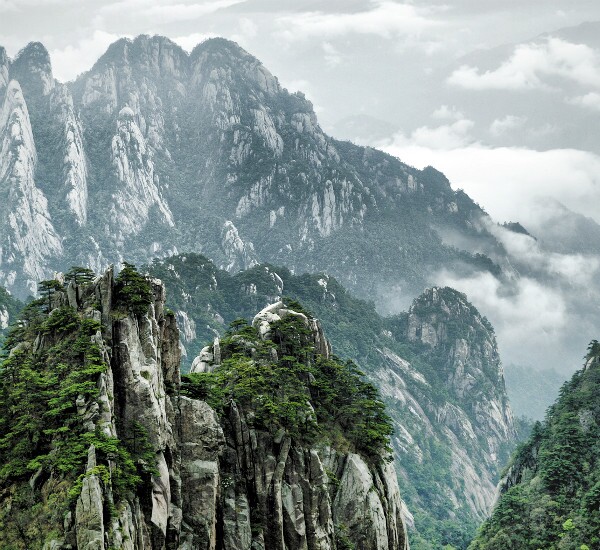