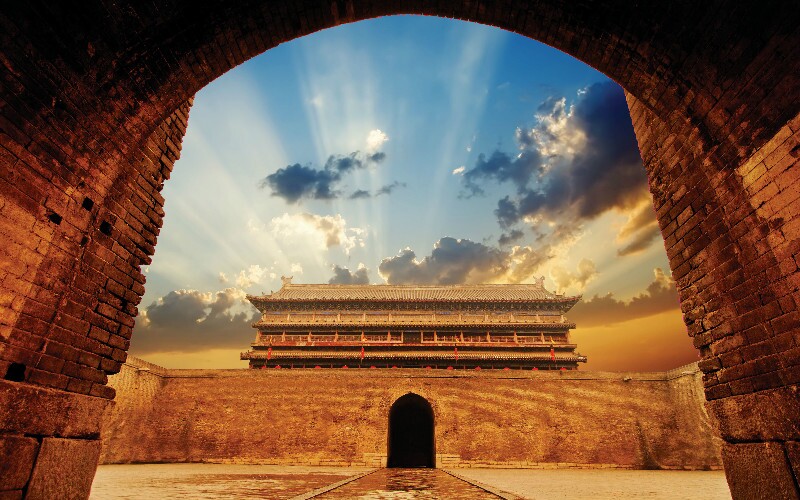 Our Xi'an maps cover Xi'an's location in China, cities in Shaanxi Province, attractions and main roads in Xi'an city, the Xi'an subway,  and the layout of the Terracotta Warriors and Horses Museum.

Xi'an, known as Chang'an before the Ming Dynasty (1368–1644), is located the central northern China. It is about 1½ hours by air from Beijing and 2½ hours from Hong Kong.

This map shows the locations and pictures of the most popular attractions in the city (including the City Wall, Bell Tower, Drum Tower, Big Wild Goose Pagoda, and Small Wild Goose Pagoda). Learn more about Xi'an Attractions. This map shows the main roads, streets, and several popular attractions (including the Ancient City Wall) in Xi'an City. At present, there are 6 lines in and around the city. Each line is coded with a color, and all stations are marked with both English names and Chinese names.

Click the map to see a larger map and find the nearest stations to attractions you want to visit, and the line(s) you need to get there. Discover Xi'an with Us