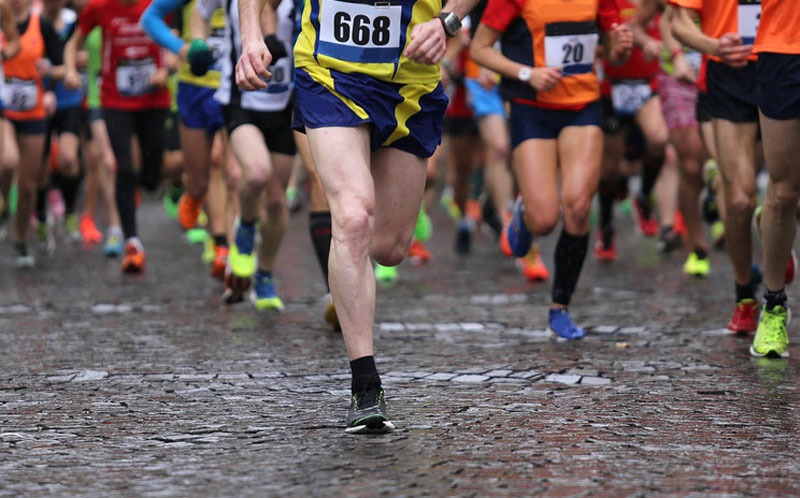 With the development of the country‘s economy and opening to the outside world, many sports events, some at international levels are held in China. China Highlights has listed the following sports events in China.

The Great Wall Marathon has been held annually at the Huangyaguan section of the Great Wall every May since 1999. It is regarded as one of the most challenging marathons in the world. Huangyaguan literally means "Yellow Cliff Pass". During the marathon, participants have to climb thousands of stone steps varying in length and size and many steep ascents and descents to complete the course. The Great Wall Marathon is definitely an extraordinary experience. While it puts your physique to the competition, you will also ejoy the breathtaking sights around you.

The Shanghai Rolex Masters, formerly the Shanghai ATP Masters 1000, is a series of nine tennis tournaments that are part of the Association of Tennis Professionals (ATP) tour, held annually throughout the year in Europe. It is a professional tennis tournament played on outdoor hard courts. The world’s tennis elites including Roger Federer, Rafael Nadal and Andy Murray participate in this event, and compete for a total of four million dollars.

Beijing International Marathon is an annual marathon race. Held in October every year, it offers a chance to experience Beijing's golden fall and combines views of the ancient city and modern landscapes. The BIM provides a spacious, smooth competitive route, with a mild autumn climate and a high level of organization and competition. The full marathon starts at Tian'anmen Square and finishes at the National Olympic Sports Center, at a length of 42 kilometers in total.

Also named Huangshan MTB Festival, it is one of the "must go for" races in China. Bikers have the chance to experience a mountain bike race at one of China’s most beautiful and mythical mountains – the Yellow Mountains (Mount Huangshan). Huangshan MTB Festival has built its reputation both in China and abroad. It is the world’s largest cycling race in number of contestants. The race course stretches through the villages of Hongcun and Xidi, two World Heritage ancient villages located at the foot of the mountainous scenic area. These beautiful places are the inspiration of many traditional Chinese paintings.

Tour of Qinghai Lake International Road Cycling Race has ranked 2.3 grades, which is currently the top road cycling race in China and the world’s international road cycling of the highest altitude. Every year the world's cycling elite will come to Qinghai, pedaling their way to glory in the Tour of Qinghai Lake. The route is designed along Qinghai Lake and extended to the surrounding areas in some of the most picturesque in the world. Competitors can appreciate the vastness and magnificence of the natural scenery while racing.