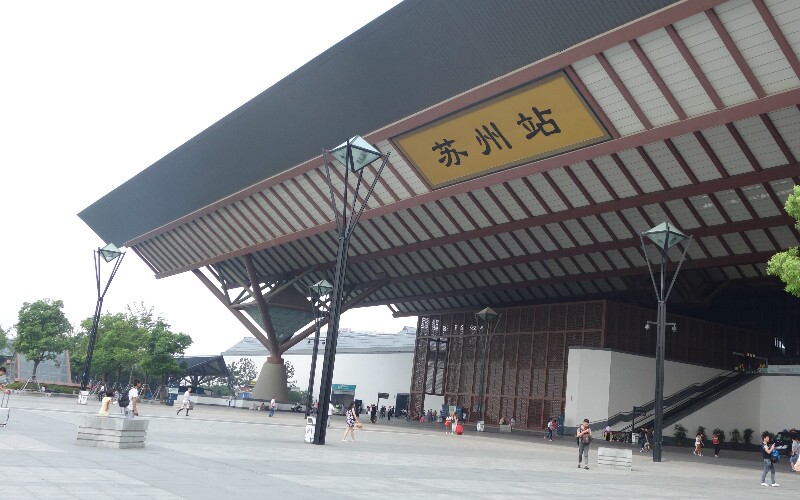 Suzhou Transport - How to Get To and Around the City

Suzhou, the historic garden paradise, is easily accessible by air, rail, and road, being in the highly developed Yangtze Delta area. Bullet trains link it with Shanghai and Hangzhou. There is a small subway system in the city.

Pudong Airport is on the east of Shanghai, and hence inconvenient for Suzhou. It takes over an hour to get across China's largest city for onward transport to Suzhou.

To make visiting even more convenient, the whole Jiangsu/Zhejiang/Shanghai area is now 6-day visa free for citizens from 51 countries.

Bullet trains have revolutionized domestic travel. They go to Shanghai in about half an hour.

Suzhou Station (苏州火车站 Sūzhōu Huǒchē Zhàn), conveniently in the downtown area, is on the Shanghai-Nanjing mainline. There are frequent high-speed trains to Shanghai, scenic Wuxi, and historic Nanjing and regular trains to many places. There are 38 G and D trains to Shanghai Hongqiao and additional bullet trains to/from Shanghai Station.

Check how to plan a Shanghai to Suzhou tour by train.

Five long-distance bus stations have services on advanced highways to the nearby cities and beyond. The three most useful for foreign travellers are Suzhou South (largest), Suzhou North, and Suzhou West.

Take a boat to enjoy the scenery along the river.

The Grand Canal runs north-south through Suzhou, which has a lot of canals, and it is sometimes called "the Oriental Venice". Boat travel from Suzhou to Hangzhou and the water towns has become increasingly popular due to the amazing country scenery witnessed during the journey.

There is a small metro system with two lines. Line 1 is the east to west line and line 2 goes north and south. Line 2 links Suzhou North Station and Suzhou Station.

Public buses routes run into all parts of the city. Fares are flat rated, usually 1 RMB for a non-air-conditioned bus and 2 RMB for an air-conditioned one. There is no fare collector on the bus, so please ensure that you have small denominations of change ready for the driver when boarding.

China Highlights' private transportation will increase your convenience and enjoyment of Suzhou. See below.

Taxis are convenient and are generally a hassle-free public transportation alternative. There are lots of taxis, so there is usually no problem to flag one down. The starting price is 10 RMB for 3 kilometres. Over 3 km, it is 1.8 RMB/km for a Santana and 1.4 RMB/km for a Xia Li cab.

These man-powered vehicles are a cheap way to get around. The starting price is about 2 RMB, rising to between 3 to 6 RMB for a longer trip. You can usually negotiate the price when taking a pedicab.

The easiest way to tour around Suzhou is by bike. Pedalling from place to place is painless and even pleasant. This is a very popular mode of transport for the many tourists who want to explore the gardens in the city. Generally, the price is 2 or 3 RMB for four hours and 6 RMB for the whole day. You'll need to leave a deposit and show your identity card.

We  can get you effortlessly to Tongli, one of the beautiful water towns around Suzhou.

With China Highlights, you can expect the best personalized private tours. Everything from area transportation to your flight tickets and visa can be arranged for you. We provide free travel advice too. 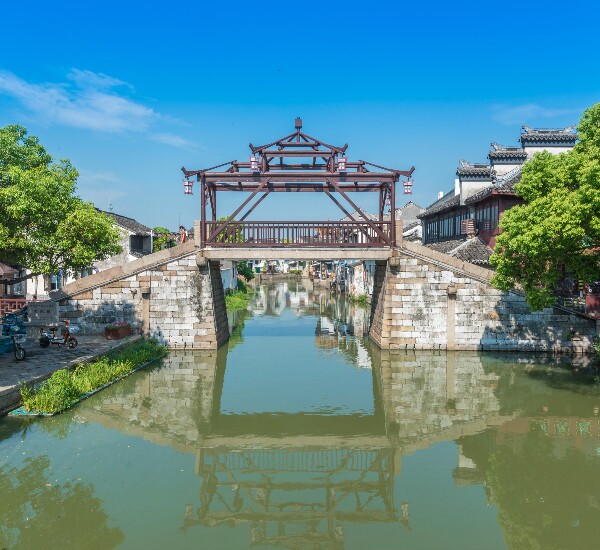