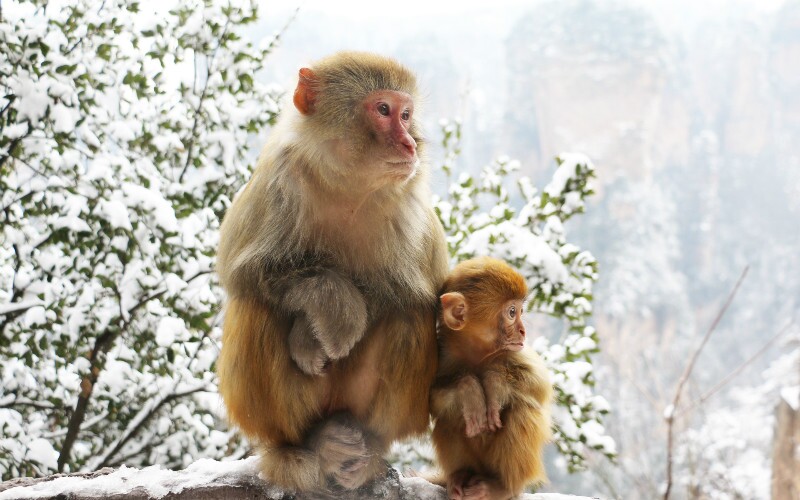 The Best Times to Visit Zhangjiajie

When planning a trip to Zhangjiajie, one of your most pressing questions is likely to be, "When is the best time to go?"

While all four seasons in Zhangjiajie can be delightful, the best times to visit Zhangjiajie are April–May and September–October. These months offer comfortable weather, beautiful scenery, and comparatively fewer people.

The short period from the end of October to mid-November offers a short sweet spot for travel, with a mild climate but without massive crowds.

The Weather in Zhangjiajie

Zhangjiajie has four distinct seasons. Spring is mild and wet and is the time to see the national parks at their freshest. Summer is hot and the crowds are intense. Fall offers crisp breezes, bright sun, comfortable temperatures, and fabulous autumn hues. Winter is cold and dry with occasional light snow and the fewest crowds.

Spring in Zhangjiajie: March to May

Spring is one of the best seasons to visit Zhangjiajie. Temperatures usually span from40 to 70 degrees. While temperatures may still be a bit chilly until April rolls around, you will be rewarded with colorful spring flowers and verdant trees.

If you visit during the Labor Day holiday (May 1st to 3rd), arrange your tour in advance.

Summer in Zhangjiajie: June to August

Average highs hover in the 80s and 90s. This is the city's high tourist season and, as such, accommodation rates and flight prices soar.

The famous attraction such as the Bailong Elevator in Zhangjiajie National Forest Park, Zhangjiejie Glass Bridge and the cable car up to the Tianmen Moutain always require very long queues.

If you do decide to tackle the high season, make reservations as far in advance as possible.

There are often showers in Zhangjiajie in June and July. The best time to take photos of the mountains is 1–2 hours after it has rained because the scenery is shrouded in fog, making it look like a fairyland.

Autumn in Zhangjiajie: September to November

Autumn is one of the best times to visit. The weather is relatively mild and many of the summer crowds have returned home.

The city experiences high temperatures in the 80s during September and dips down to the 60s during November.

From the end of October until mid-November, along with shorter lines to top attractions, you will also benefit from the beautiful seasonal foliage.

Keep in mind that during the National Day holiday (Golden Week) (October 1–7), hotel rooms will be much harder to find. Book in advance as early as possible.

Winter in Zhangjiajie: December to February

Zhangjiajie's low season sees temperatures ranging from 30 to 50 degrees. Thick coats are necessary at this time of year.

If you dare to defy the chilly weather, you can save quite a lot of money on your hotel accommodation and flights.

You are likely to be rewarded with stunning snowy scenery.

Our Most Popular Zhangjiajie Tours