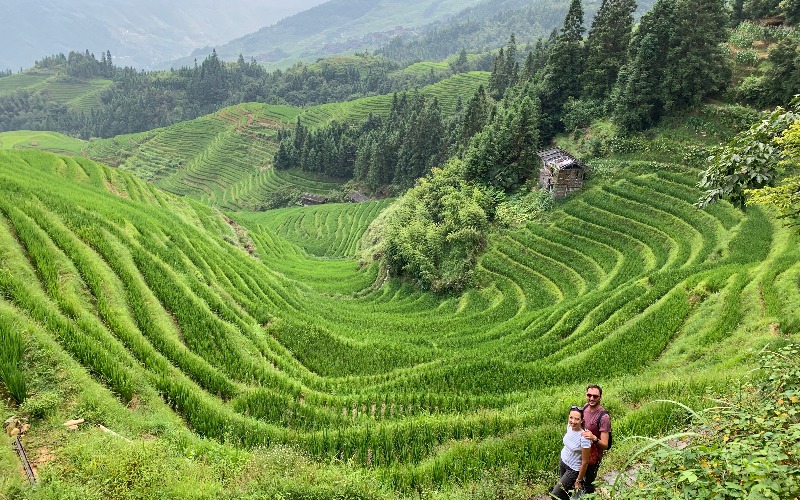 The direct high-speed trains G311/G312 and G319/G320 between Hong Kong and Guilin operate at Hong Kong West Kowloon Railway Station and Guilin West Railway Station. It is now much more convenient to travel between these two cities without making a transfer at Shenzhen or Guangzhou. Second class on this train is US$56 per ticket.

The high-speed trains between Hong Kong and Guilin pass metropolises of Guangzhou and Shenzhen, and also goes further to major tourist cities including Guiyang, Kunming and Chongqing .

1. Children's tickets apply to children younger than 12 years of age and not taller than 1.5 m (4.9 feet). For seat classes, a child fare is half of the full ticket price.

2. Children younger than 12 years of age and not taller than 1.2 m (3.9 feet) can travel for free, but without their own seats. If you require a seat for your child, a child ticket is needed to be bought.

4. More information about Children's Tickets and Tips of Taking China Trains with Children.

As a cross-border station, Hong Kong West Kowloon Station has immigration and customs facilities for passengers to go through.

If you take high-speed train from Hong Kong to Guilin, go through the customs at the Immigration/Customs Departure Hall on -3F at Hong Kong West Kowloon Station. Please ensure that you complete the ‘Hong Kong Departure Card’ and the ‘China Arrival Card’. If you fail to obtain and complete these cards, you would be sent back to collect and fill-in the forms, and queue again. The queues can be long and this will cause some inconvenience with the possibility of you missing your train. All your luggage must also go through security checks and x-rayed. We advise that you arrive at the train station at least 2 hours before your departure time.

If you take high-speed trains from Guilin to Hong Kong, you need to go through customs twice on arrival concourse on -2F. Please complete the Arrival/Departure Cards before you go to the officer.

Guilin West Railway Station is one of the three main train stations in the city of Guilin. It is located in Lingchuan County, which is far from downtown area. It is not a convenient location, given that only two bus routes connect this station with other regions of the city. Taxies are available at the parking lot in front of the station entrace.

2. High-speed trains to and from Hong Kong will have different ticket change/cancellation policies, due to the difference of China Railway and Hong Kong Railway ticketing systems.

3. Tours in Hong Kong and Guilin