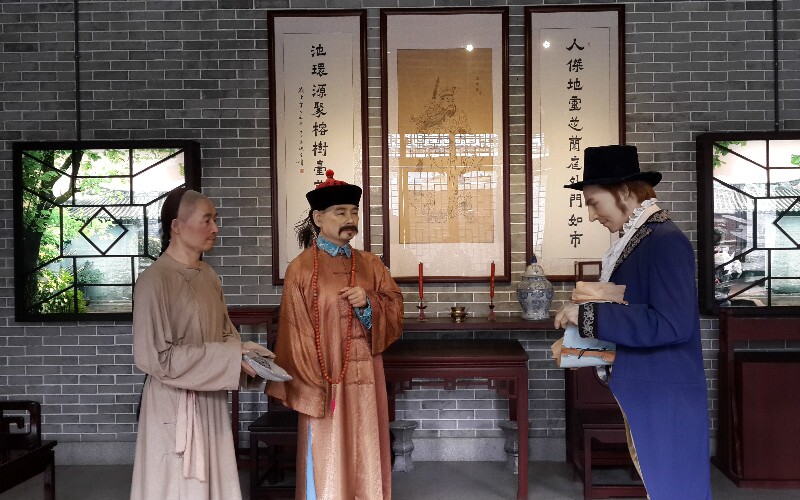 Guangzhou is one of China's top 10 most popular tourist areas according to TripAdvisor and Google. The big export industry and rapid bullet trains to other regions in China draw hundreds of thousands of foreigners to the city each year.

On your visit, you can find an interesting range of things to do, from some of the cheapest bargain shopping to some of China's best amusement and entertainment and skyscrapers and luxury malls. In some areas, the history has been well retained, notably on Shamian Island. 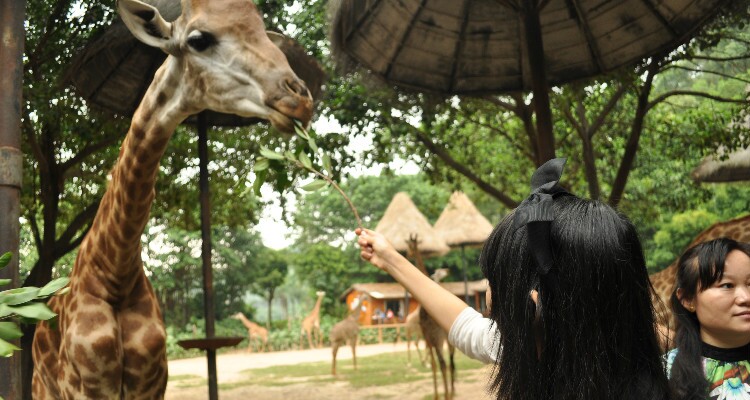 A visitor is feeding a giraffe in Chimelong Safari Park.

Besides all these facilities, there is a golf practice center and a luxury hotel. Read more>> 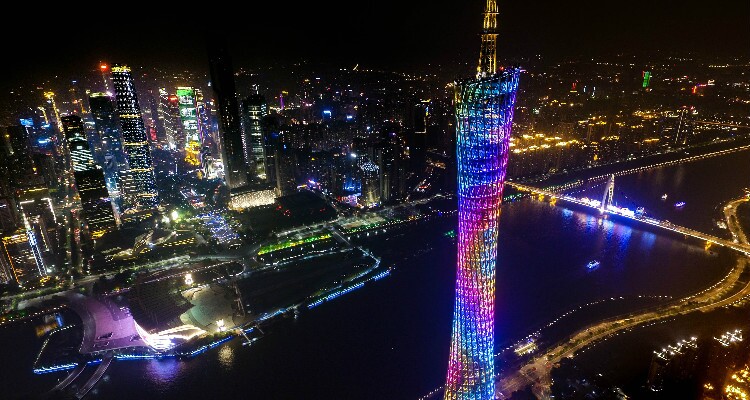 Canton Tower is a modern landmark located in Guangzhou CBD. Tourists like going to the top of the tower because it is the tallest structure in Guangzhou, offering a wonderful bird’s-eye view of the city. At night, it lights up the Pearl River and Zhujiang New Town area with its rainbow of lights.

There are various features for you to enjoy:

Other features include a 4D theater. Read more>> 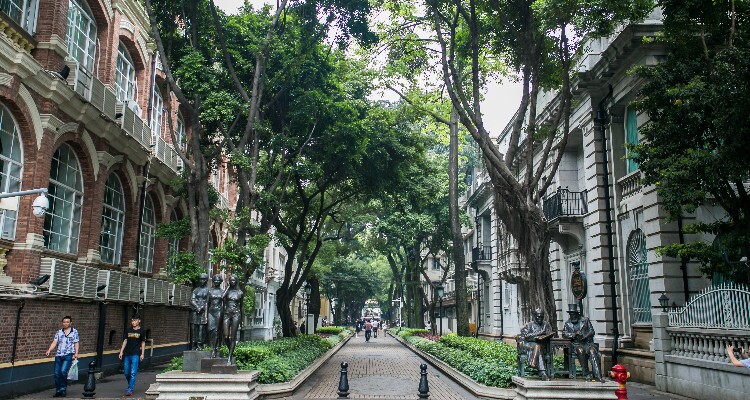 A foreign settlement was built on this island in the Pearl River in the 19th and early 20th centuries. You could enjoy strolling among old European buildings of different styles and big old trees. Some restaurants complement the area.

While walking around Shamian Island, there are lots of incredible buildings to be seen, and there is a lot of opportunity to try different cuisines including the local Cantonese cuisine. It's a great place for a stroll, and you'll find many old official embassy buildings, cathedrals, churches, as well as shade walking along the greenery. Read more>> 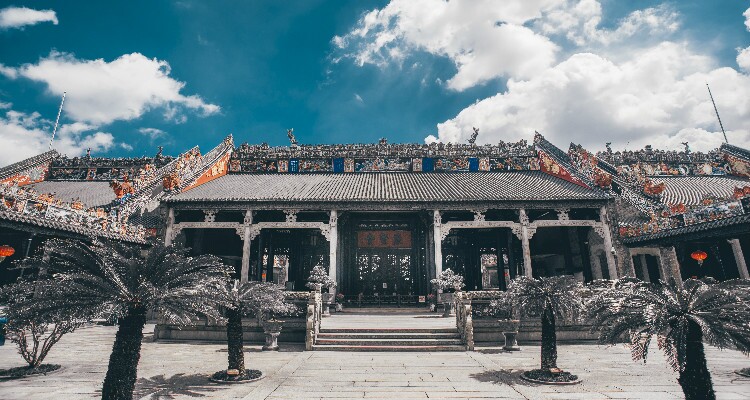 The Chen Clan Ancestral Hall is an ancient architectural complex, which has 19 buildings with nine halls and six courtyards that are connected in a symmetrical pattern. It was established by members of the large Chen clan who were very influential in southern China in the late 1800s.

The Chen Clan Ancestral Hall has a very traditional look to it, and it is huge. It is interesting that the structure was built in such a traditional manner at a time when building going up in commercial cities in the south often had a Western architectural style.

There is a folk museum called the Guangdong Folk Art Museum in it now. Read more>>

The recommended tour: 4-Day Essence of Guangzhou and Shenzhen Tour 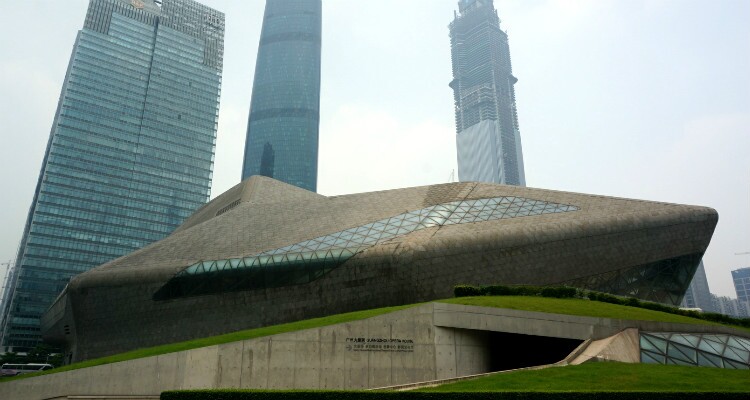 The architecture of Guangzhou Opera House is a masterpiece of British-Iraqi architect Zaha Hadid. The fantastic shape of the building blends perfectly with the skyscrapers in Guangzhou CBD.

Watching an artistic performance, such as an opera, ballet, drama, symphony concert, Beijing opera, or local Cantonese opera, in this opera house is an amazing experience. You can check out the homepage of Guangzhou Opera House to find out if there is a show you may be interested in. Read more>> 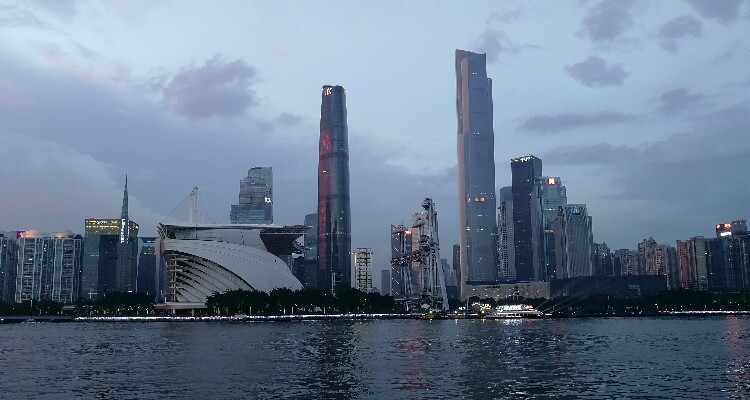 Zhujiang New Town is the CBD of Guangzhou and its modern showcase. Also called Tianhe CBD, the area is only 6 square kilometers in size but it has the most skyscrapers at a height of over 300 meters in China. Over 140 of the world's top 500 companies have set their headquarters or agencies there.

There are a lot of things to enjoy: check-in at some of the highest skyscrapers, go shopping in some of the luxury malls, or feast on the delicious food. The art center of Guangzhou is there, which is where Guangzhou Opera House and Guangdong Contemporary Art Center are located. 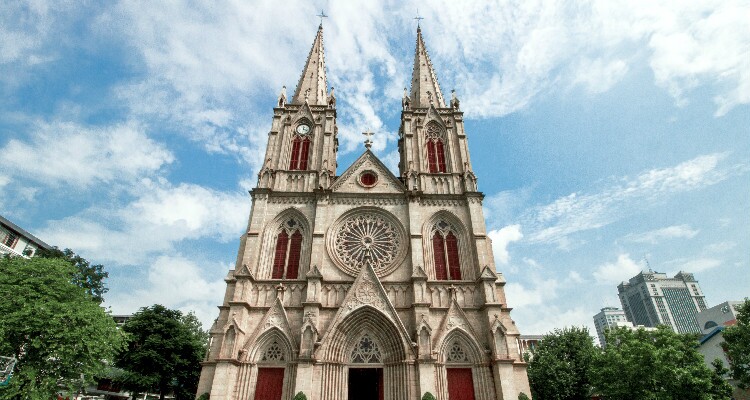 The foundations of the Sacred Heart Cathedral were laid in 1863 and it took 25 years to build, with it now being the largest Catholic cathedral in Guangzhou. It is one of the four whole stone Gothic cathedrals in the world.

Although damaged in the turbulent ages of China, the Sacred Heart Cathedral has now been restored to its old glory. No matter whether you are a Catholic or not, the artistic architecture, the colorful glass windows, and the exquisite carvings are all worth a visit. Read more>>

8. Visit the Statue of Five Goats in Yuexiu Park 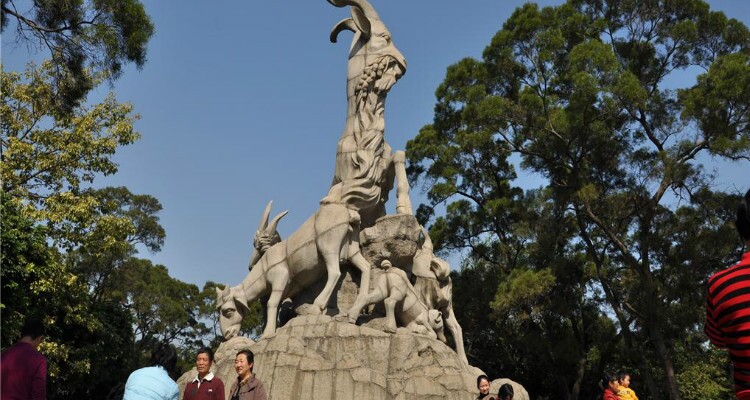 The statue of the five goats is in Yuexiu Park

Guangzhou is called the City of Goats. This is not because the city has many goats but because of the legend of five goats that brought good harvests and wealth to ancient Guangzhou city. Today, the statue of the five goats is in Yuexiu Park and has become the city’s symbol.

Yuexiu Park is the largest park in the city. There are verdant trees, bamboo groves, flower gardens, and stepped paths up the hill. Every morning, local people will visit the park to exercise or go for a stroll. Try to join in with them - this is an excellent chance to get closer to the locals.

See more about the park>>

9. Get Out to Baiyun Mountain Park 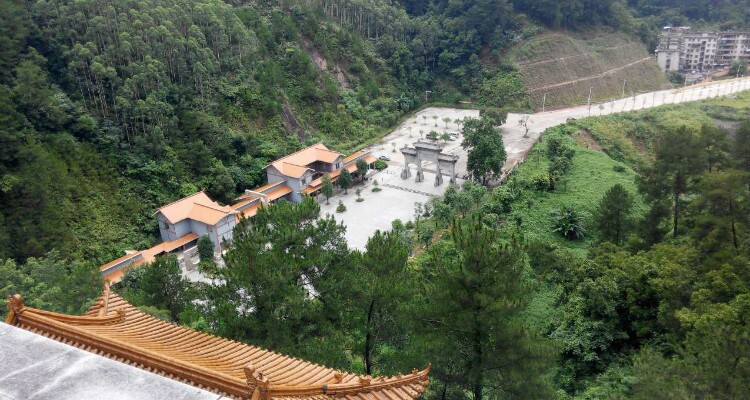 Baiyun Mountain has a stunning natural landscape and cultural heritage. The mountain range is full grandeur with majestic peaks and crisscrossed valleys. There are seven scenic areas on the mountain.

Travelers can appreciate the overall splendid landscape of Guangzhou and especially the beautiful jade-belt-like Pearl River at the top of the mountain. See more>> 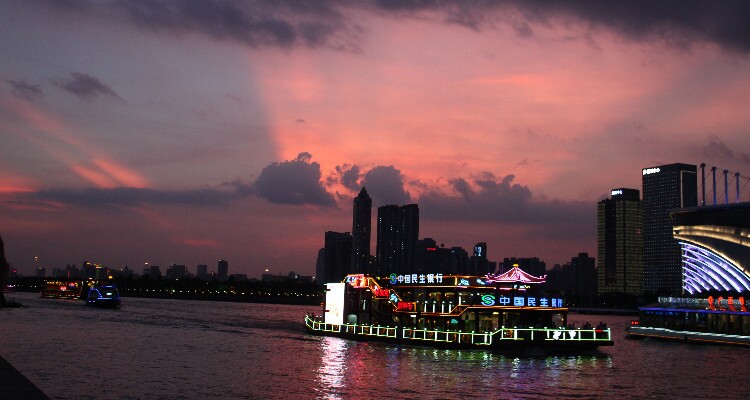 Night cruise on the Pearl River

The Pearl River is China's third longest river. Its Guangzhou section is where the city's most scenic spots are located.

Along the cruise, the scroll of modern Guangzhou gradually unfolds before your eyes: the distinctively-shaped Liede Bridge, the site for the opening ceremony of the 2010 Asian Games, a concert hall with an artistic appearance, as well as the CBD skyscrapers. 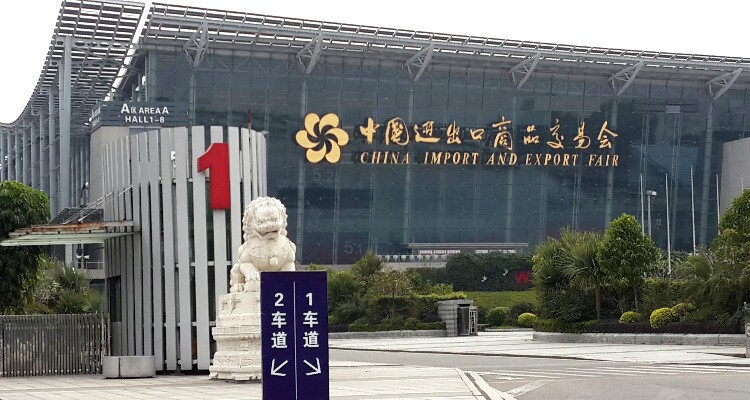 The most famous visitor highlight is the twice-yearly Canton Fair that is China's biggest trade fair and one of the biggest in the world. It is held in April/May and October/November each year and attracts hundreds of thousands of people from all over the world.

12. See the Museum of the Mausoleum of the Nanyue King 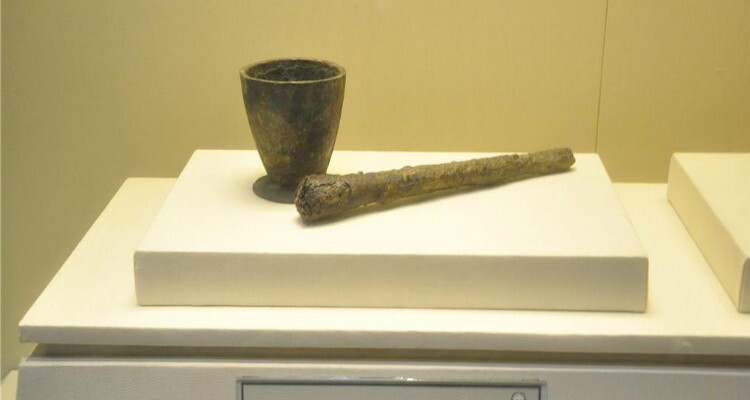 Ancient artifacts in Museum of the Nanyue King

Guangzhou has its own version of the Qin imperial mausoleum in Xi’an but this is much, much smaller and is the mausoleum of a king from the Nanyue Kingdom who ruled in about 130 BC. A small but well-constructed museum was built to hold the beautiful artifacts discovered inside.

Visit Guangzhou’s Highlights with Us

With our private tour service, you can enjoy a bespoke Guangzhou tour with an English-speaking guide. Whether you're there on vacation, on business, or just a layover, we can offer you some excellent experiences in this vibrant city.

Check out our most popular Guangzhou tour for reference:

Guangzhou's advantageous location makes Hong Kong and Macau conveniently accessible. It is a great idea to extend your trip to experience some cultures that are different from other cities in Mainland China.