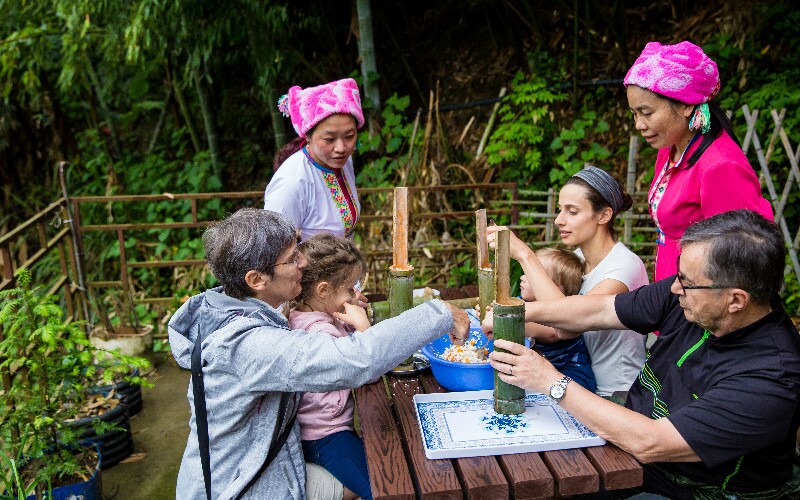 5 Weirdest and Most Unique Chinese Dishes

Chinese pride themselves on eating a wide range of foods, and Chinese cuisine often has an interesting history. This article lists five unique Chinese foods, which you can taste when traveling in China.

If you are planning to travel to Hangzhou, Begga'rs Chicken is a highly recommended dish.

Features: It is a typical dish eaten in East China's Zhejiang Province like Hangzhou, with savory aroma and tender chicken meat. The chicken is served on a lotus leaf, and tastes fresher and less greasy.

Origin: Once upon a time, a beggar arrived at a village of Changshu Prefecture, Hangzhou. He had a chicken, and wanted to cook it. But he had no thing but a knife and a fire. He solved his difficulty by slaughtering and gutting the chicken, wrapping the chicken with yellow mud (without plucking it), and roasting the potato-like chicken. When he peeled off the dry mud, the chicken's feathers were also taken off.

Though the modern cooking of beggars chicken is largely identical to the beggar’s, it has been improved a lot, being much cleaner, more technical, and heathier.

Bamboo rice is always cooked with rice and pork, which is cooked in a section of fresh green bamboo till the bamboo is seared. This food is delicious with the fresh fragrance of bamboo.

Shiny dark grey or black with s snowflake pattern, this unique egg product was created by Chinese people in the Ming Dynasty (1368-1644). Besides its unique taste, it is said that the preserved egg is useful for on curing hoarseness and dispelling the effects of alcohol.

Attention: Do not eat too many preserved eggs, especially children, because they may contain a little lead (like popcorn). Certified lead-free preserved eggs are available.

Stinky tofu, or strong-smelling preserved tofu, is really smelly, with an "ugly" appearance. However, once you have tried it, you should enjoy its taste. The stinky tofu in Changsha is the most famous type, with crispy skin and a fresh and spicy taste.

Where to taste it: Changsha’s stinky tofu enjoys the most fame in China, followed by that of Nanjing and Shaoxing. The production and tastes of the stinky tofu in these three cities are quite different, but they share a common point: smelling bad but tasting nice. Stinky tofu has become a traditional Chinese snack throughout China, and it is easy to find in the most-traveled cities (like Beijing, Shanghai, Xi’an, Guilin, and Hangzhou).

Bee pupae are rich in nutrition (with high protein and low fat), and are used as an ingredient for cooking dishes in Zhangjiajie, Fenghuang Ancient Town, Southeast Guizhou, and Yunnan Province.

Dishes: The most common way to eat bee pupae is to fry them golden. There are many other ways of eating bee pupae, such as steamed bee pupa, stir-fried bee pupa, crispy bee pupa cake, and cold fried bee pupa in sauce.

Other fried insects: Compared with fried bee pupae, the following seem much crazier. Spider, black beetle, centipede, scorpion and grasshopper are fried and eaten in China, but not common. You might come across them in regions inhabited by ethnic groups, and snack streets of some popular tourist cities (such as Donghuamen Night Snack Market in Beijing).

Our Chinese  tours let you taste the essence of genuine Chinese food. You also can contact us to have us tailor-make a tour including tasting Chinese foods you're interested in. See our Popular Chinese food tour: