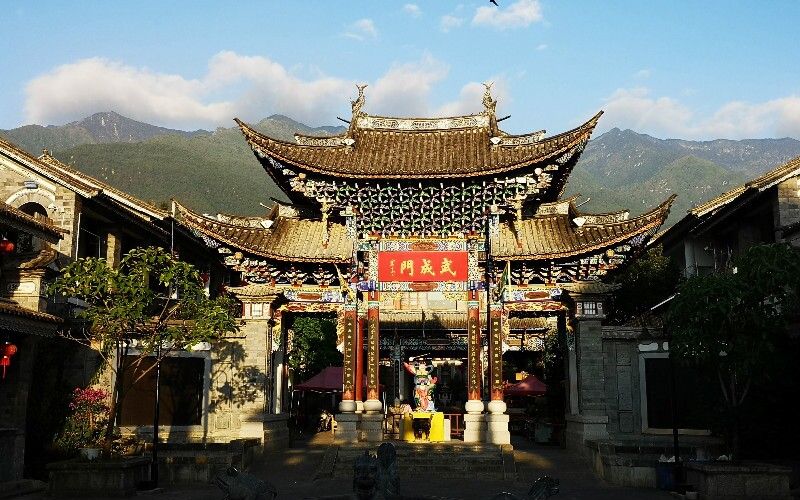 The Kingdom of Dali

The Three Pagodas, a symbol of Dali Kingdom

The kingdom was founded by Duan Siping in 937 and conquered by the Mongol Empire in 1253. The dynastic period is divided into two eras called Former Dali and Later Dali by an insurrection in the year 1094.

The Kingdom of Nanzhao was overthrown in 902 by a high official of the kingdom. In the next 35 years, three dynasties rose and fell in quick succession.

In 937, Duan Siping's army fought against Yang Ganzhe and was successful. He was enthroned in 937 and founded the Kingdom of Dali.

In the reign of the 4th king of Duan Siping's dynastic line, one of the rulers in the kingdom, Gao Shengtai gradually took power. In 1094, he deposed the Duan king.

In 1095, he changed the title of the kingdom to Dazhongguo. However, he soon died. Due to the tribes’ opposition, Gao Shengtai asked his son Gao Taiming to return the throne to the Duan family when he was approaching his end.

Gao Taiming made Duan Zhengchun king in the year 1096. But the Gao family still had the real power until the kingdom’s end.

Kublai Khan wanted his Mongol empire to expand southwards to cover all of Southeast Asia. The prosperous kingdom at the crossroads of Southeast Asia was a prize he couldn't pass off. He led an army to conquer the Dali in 1253.

The Dali inherited the economic structure of the Kingdom of Nanzhao since the dynasty took over the territory only a little more than a generation after the fall of the Nanzhao Kingdom.

The Nanzhao had introduced advanced science and culture to their large empire, and they developed an extensive trade network with the Tang Empire, Southeast Asia, India, Tibet and Persia.

The Dali had control of what is called the Chama Road or the Southern Silk Road. These were important land trade routes through their strategic central location east of the Himalayas.

The principle exports were tea and silk. The region produced an excellent quality tea called Pu'er tea that was and still is highly valued. Imports included horses from Tibet.

The Dali were notable for their influence in preserving and spreading Buddhism. The Dali rulers and the Nanzhao before them were Buddhists, and they constructed large Buddhist temples around Dali and on Shibaoshan Mountain. These were centers for Buddhist teaching.

While the Tang Dynasty (618–907) and influential leadership of the Song Empire turned against Buddhism, the Nanzhao and Dali Kingdom supported it. The Dali rulers helped it spread in the region before and during the Song Dynasty era (960–1279).

The pagodas are tall and more than 1,000 years. The tallest is 70 meters tall and may be the tallest pagoda surviving from the Tang Dynasty era. It is quite beautiful.

These pagodas are the main historical attractions of the Kingdom of Dali near modern Dali. They demonstrate the wealth and technology of the Nanzhao Kingdom and the Dali Kingdom.

Precious Stone Mountain (Shibaoshan) would be a highlight of a trip to Dali. Sideng Market was put on the World Monuments Watch list, and the Buddhist grottoes with intricate carvings and artwork are world famous. The Shibaoshan Nature Reserve is a great place to hike.