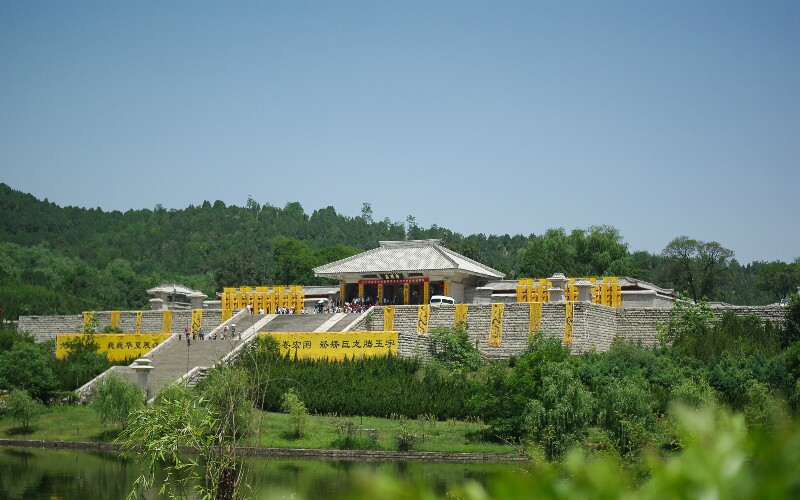 Each nation has its unique legends in the world, and so it is with the Chinese nation. As a representative figure of the traditional Chinese legends, Huangdi is considered to be the primogenitor of ancient China who led the Chinese people from savagery to civilization.

Huangdi (2717 BC-2599 BC), a tribe leader in the patriarchal society, united various tribes in the Central Plain Area of ancient China through a series of wars, and his real name was Xuanyuan. He did many good deeds for the later generations, so he went down in Chinese history as a great statesman and a leader, who was also honorably titled the Yellow Emperor by his men.

According to the Book of History by Sima Qian from the Western Han Dynasty, the tribes living in the Central Plain Area made war against one another in the late period of Shennong's (Yandi) reign, and the chaos caused by war seemed unceasing. Huangdi seized this opportunity and defeated one tribe after another except for the Yandi Tribe and the Chiyou Tribe, and they confronted one another like the legs of a tripod.

The Yandi Tribe and the Chiyou Tribe started a war for the control over the lower reaches of the Yangtze River which ended up with Yandi's failure, and Yandi fled to the north turning to Huangdi for help. Huangdi promised to avenge Yandi and fought Chiyou nine times in three years, failing to beat Chiyou.

Huangdi launched an all decisive war at Chiyou in Zhuolu (presently Zhuolu County of Hebei Province), where the fighting was very fierce with heavy casualties on both sides, and it ended up with Huangdi's victory. Huangdi captured and executed Chiyou in public, taking over the territory in the east and moving the capital from Youxiong to Zhuolu. After his unification of the Central Plain Area and East China, Huangdi climbed Mt. Taishan and offered sacrifices to heaven and earth, and then he proclaimed himself the King of China.

Though defeated by the Chiyou Tribe, Yandi still retained a strong military power; he was not satisfied with Huangdi's rule so attempted to restore his glory by rising in a rebellion. The Huangdi Tribe and the Yandi Tribe fought against each other on the wild plain of Banquan (presently Yanqing of Beijing), and the former defeated the latter, since Huangdi had led his army to crusade against the disobedient tribes as King of China.

The legend went that Huangdi was carried into the sky by a huge dragon in his old age, and during his reign the kingdom was p rosperous with stable politics and an advanced culture, and many inventions such as music, calendars, ships and compasses came out.

It was said that Huangdi was the forebear of both King Yao and Yu the Great, so he is regarded as the primogenitor of the Chinese nation.