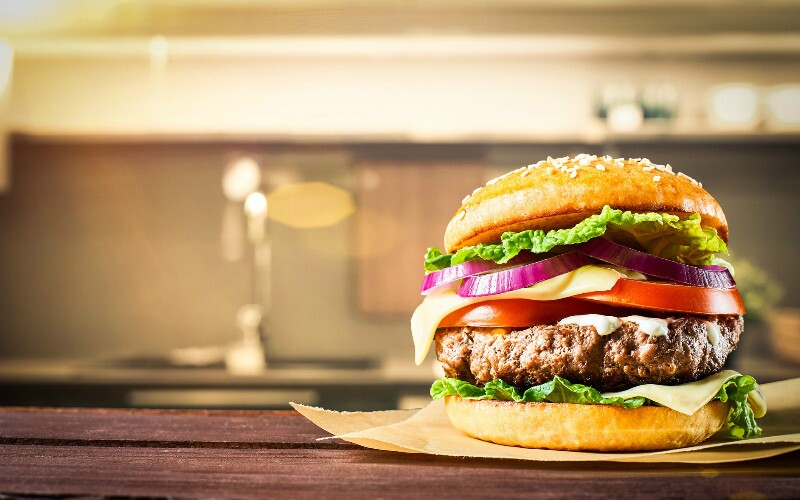 Western food has caught on in China. It is popular. But it is often a bit different!! What people find in China is a mixed bag. Chinese have their own idea of good taste and what makes for a good meal. To sell in China, unless the food is meant for foreigners, retailers have had to adapt and change their "Western" products.

There are now more KFCs in China than even in the US where it started (4,563 by 2014 according to statistics compared 4,491 in the US), and more get built every week. McDonalds are found almost everywhere now too.

Sometimes the ingredients, such as good quality cheese, certain vegetables, steak, or fresh milk isn't available or is too expensive. So people improvise.

Sometimes, aiming to please their customers, people will concoct something never before seen on the planet, and the Chinese like it. Few Chinese have ever been to a Western country. While having dinner at a "Western restaurant", they might happily eat something no Westerner has ever seen. At these places Chinese imitations or adaptations sometimes don't come out badly, sometimes are bizarre, and sometimes taste quite good.

McDonald's is a big chain in China. They've had about 25 years to experiment with their food. Younger people especially like their hamburgers. It is said to be made with real beef patties, and it tastes authentic. They also sell good examples of metamorphosized Western Food:

There are also Pizza Huts scattered around in the big cities and more than 1,600 across the country. They are generally upscale, a lot more expensive than McDonalds, and don't have a "fast food" image like in the US. They are considered fine dining Western restaurants by the Chinese.

Pizza is an Italian invention, and in the US, pizza is Pizza Hut's main offering. But in China, there are dishes probably not found anywhere in the US or Italy ...or France. The Chinese like shrimp, and know that French cuisine is ranked higher internationally, so this is what happened:

Gritty insipid hot chocolate will be a shock to the system to a Westerner. The "milk chocolate" candy might not have milk or chocolate in it and taste waxy. Beware cheap imitations. Real chocolate costs at least twice the Western price.

Real fresh milk is mainly found in Western supermarkets in the cities, such as Walmart. The Chinese substitute that is generally available is ultra-pasteurized boxed milk that can sit for a year or two on a shelf.

Getting standard Western foods in China depends on the area. The biggest cities have the best selection and imported foods, but small towns in remote areas might have little available to buy. It is difficult to generalize because prices vary greatly all across China. But here are some typical prices for common US foods.

Bread is at least twice the Western price in Chinese bakery chains, and for that the "bread" is often light and sweet like cake, in small packets of up to eight slices, designed for the Chinese market. In more exclusive, costlier shops, something more similar to Western bread can be found.

Milk: Fresh milk is hard to get. There have been problems with milk quality and cleanliness with locally produced milk, even prepackaged UHT milk, so many expats distrust it, and won't drink anything except imported milk. If it's available it can be as much as 7 USD for a liter of fresh foreign milk. There are places where it is 3 dollars per liter.

Cheese: Imported common cheese from the US costs about three or four times more.

Imported chips, cookies, canned goods, cereals, etc. can be three or four times dearer than in the US, or Australia, or wherever. And in most places, this type of food isn't available. This means it is about 10 times more expensive than similar popular equivalent local foods.

Our customers (and Kim) at a Guilin restaurant

To taste delicious Chinese foods when traveling in China, have a look at our Chinese Food tours, for example:

But if you'd prefer Western restaurants, or want a break from Chinese food, we can take you to the best foreign restaurants available (see below for recommendations in top tourist cities). For your choice of restaurants and sights tailor-make a China tour.