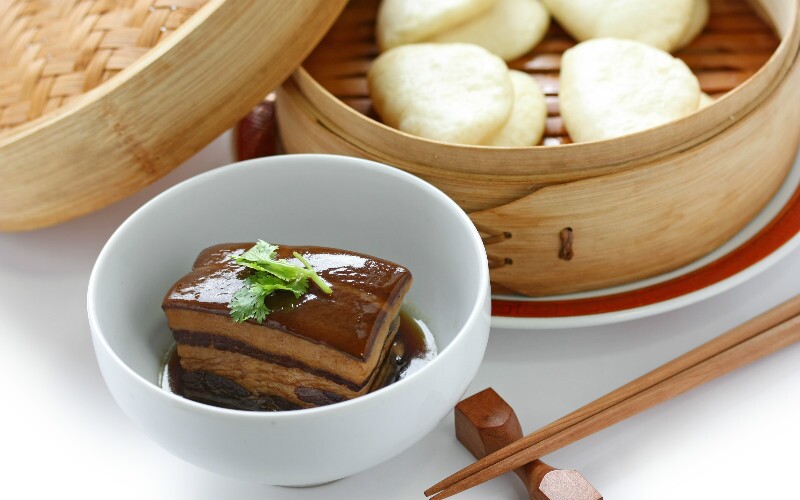 Zhe cuisine is one of the eight great traditions of Chinese cuisine.

Zhejiang Cuisine originates from the populous and rich eastern province of Zhejiang on the Pacific. If you don't like spicy cuisine, but prefer fish and seafood, then this is the food style for you.

Hangzhou, its capital, was the capital of the Southern Song Dynasty, and the city was renowned for their wealth and sophistication. Maybe this is why the food is unusually dainty and refined.

The great seafood dishes are the main draw of this style of food. But most tourists will find the artistic refinement of the cuisine attractive too.

A wide variety of seafoods are used to make Zhejiang dishes. Unlike most Western seafood restaurants where the main dishes include a few varieties of fish and oysters, the people of Zhejiang can eat all these and things from the sea most people have never seen such as sea cucumbers and varieties of sea vegetables that you can explore.

Zhejiang is the richest province in China, and it was called the "land of milk and honey", so the people expect some extra refined touch to their food. It isn't greasy, not mouth numbing, not too sour, not too sweet, but not bland either.

However, they focus less on colorful dishes and artistry than the Fujianese do and focus more on serving fresh food. The food is often served raw or almost raw and is fresh and crispy and seasonal. It is more like Japanese food in this way.

The Three Styles of Zhejiang Cuisine

Wealthy people often prefer sweet deserts, and the province is traditionally noted for sweet confections made from sugar, beans, rice, and wheat. For those in Hangzhou on the Yangtze River, northern wheat was readily available for making confections.

Sweet Ningbo rice balls (宁波年糕) and rice cakes are an example of local sweet foods. Glutinous rice and sugar gives a sweet taste that is often eaten for celebrations, festivals, and snacks. The rice balls may have a black sesame or red bean filling mixed with sugar, and flavorings might include cassia (cinnamon tree) flowers.

Zhejiang chefs have developed numerous ways to cook and prepare food. Perhaps this has something to do with their location next to Fujian, that also traditionally used diverse cooking methods, the influence of Shanghai's cosmopolitan culture, and influences from abroad.

This style of "cooking" is unusual. But it is common in Ningbo where salty food is popular. It is similar to pickling. Meat is simply left to soak in brine and eaten.

An example is the popular Ningbo salty crab dish prepared by soaking crabs in very salty brine for about 24 hours so that the brine impregnates the crab meat. They prefer female crabs with an orange roe (crab eggs), so when it is served, the roe on the meat looks like an orange sauce.

In the West Lake area, this upscale gourmet restaurant with a view of West Lake is recommended.

The prices are high, but it is elegant dining.

Our customers enjoying dinner in Guilin.

We could modify our 12-Day Beijing, Xi'an, Chengdu, Guilin, and Hong Kong Cuisine tour to go to Hangzhou, Yiwu or other cities.