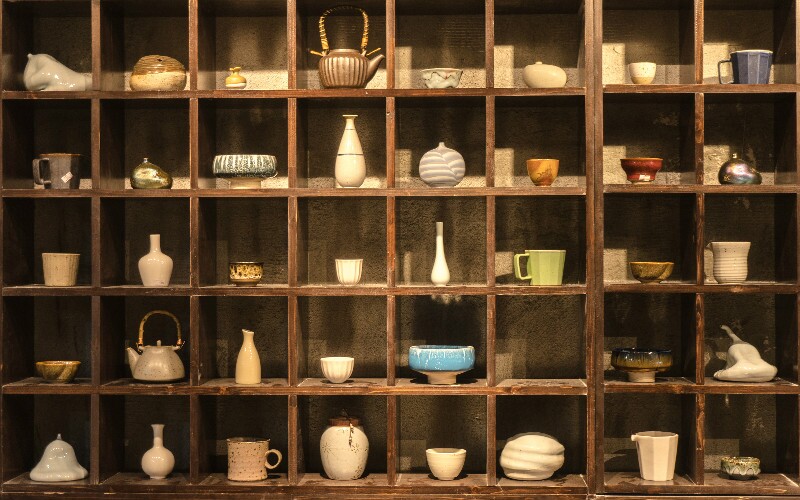 Chinese Porcelain History from the 1st Century to the 20th

The invention of porcelain in China was a development that changed the face of art throughout the world. It took years for the process to be replicated anywhere else, but by then the ubiquity of Chinese porcelain was firmly stamped in the books of history. Learn about the history of this artistic marvel from ancient China to the present day

Though there is some controversy about this, it is thought that porcelain was invented about the time of the Eastern Han Empire. It is thought that the first porcelain was made by firing the ceramic materials to the necessary temperature. By so doing, they made a kind of light but strong ceramic that was preferable for artistic and decorative purposes, and it has been in high demand ever since.

China's museums have many examples of ancient Chinese porcelain.

Recent archeological finds of porcelain pieces in Han-era sites show that porcelain was produced in the Han Empire, but not much is known about their porcelain production. It is known that celadon wares (greenish porcelain) with beautiful hues were produced in the Shangyu area in Zhejiang Province south of the Yangtze River. It is said that the Yue kilns of Shangyu made the area one of the major and foremost centers of celadon production then.

Porcelain can be made so durable that Han Dynasty porcelain pieces that were made about 2,000 years ago still have the bright colors and translucency that they must have had then.

The Han Dynasty collapsed in 220 AD, and shorter-lived and regional empires arose and fell during the Three Kingdoms period, the Jin Dynasty, and the Sui Dynasty. Celadon porcelain production continued in the Shangyu area south of the Yangtze River, and in the north in Henan Province and Hebei Province a more translucent variety of porcelain was produced.

Then the next long-lived dynastic empire arose: the Tang Dynasty. Two things spurred the production and export of porcelain in the Tang Empire.

The other favorite porcelain was celadon that varied in shade from jade green to bluish green. The Yue area in Zhejiang was still known for its production of jade-like celadon porcelain.

"They have in China a very fine clay with which they make vases which are as transparent as glass; water is seen through them. The vases are made of clay."

Porcelain vessels were valuable in the Muslim countries and were highly prized imports in the late Tang era. The trade was conducted along the Northern Silk Road and by sea routes. Since the Sui and Tang dynasties Chinese porcelain divided into two types: black porcelain and white porcelain.

Porcelain production in Jingdezhen, the most famous place for china in China!

What made this town so famous was in part the quality and quality of extensive kaolin deposits found near the town. There was a hill where kaolin was extracted. The hill was tall, and that is how kaolin clay got its name. "Kow" i.e. gao means 'tall' and lin i.e. ling means 'hill', so kaolin means 'high hill'.

Jingdezhen was at first famous for white porcelain, but by the addition of cobalt, a blue colored porcelain was also produced. It is thought that cobalt for blue colors was introduced from the Middle East, and blue and white porcelain was highly prized there. The Moslem world was the biggest Western market, and the porcelain reached there by sea routes since the Silk Road was closed off.

Meanwhile, the Yue celadon (the green porcelain of Zhejiang) continued to be a favorite also.

The Mongols defeated the Song Empire and created the Yuan Empire. They reopened Silk Road trade. The blue and white porcelain of Jingdezhen was further refined and continued to be a favorite porcelain in the empire, and it was exported as well. Jingdezhen was the imperial pottery center.

Exquisite porcelain made in Jingdezhen

In the Ming Empire, Jingdezhen continued to be a production center for blue and white porcelain. But during this era, there was a technical innovation in that manganese was added to prevent cobalt from bleeding during furnace heating and so distorting the fine artwork. For this reason, the Jingdezhen Ming Dynasty blue and white porcelain is considered to be the pinnacle of beauty and exquisite artwork on this type of porcelain.

The Ming Dynasty rulers prefered Dehua porcelain of Fujian Province for ritualistic and religious uses. A dynastic law specified that idols and ritualistic objects used in shrines and temples should be made of white porcelain. The Ming people preferred the the distinctive warm ivory-white porcelain that the Dehua area produced. The ivory color is produced because the clay there contains a trace of iron.

Dehua is near Quanzhou that had long been a principal port, and the area's seafaring merchants helped to bring Dehua porcelain to Europe where the French called it "blanc de Chine." The white porcelain was popular in Europe as was the blue and white porcelain from Jingdezhen.

About the year 1603, some Dutch people captured Portuguese cargo ships bearing thousands of pieces of Ming porcelain. These were auctioned, and this ignited a porcelain mania in Europe. Pieces of porcelain were sold at such high prices that porcelain was known as "white gold."

The Manchu conquest of the Ming Dynasty and continuing wars along the coast temporarily disrupted porcelain production and export. But Emperor Kangxi reorganized the production at Jingdezhen and the dynasty's export trade. His court administration carefully supervised the imperial porcelain factory at Jingdezhen.

During his reign, personalized or specially ordered porcelain art became popular in America and Europe. Rulers, rich people, and merchants sent portraits, designs, coats of arms, statues, and articles to the Qing merchants that they wanted reproduced. The finished articles were prized.

Porcelain In The Western World

Chinese porcelain was highly prized in the West and in the Islamic World even after Europeans found out how to replicate it themselves in the 1700s. The artwork was exotic, the colors were bright and beautiful, the artistic pieces were durable and useful, and the pieces were comparatively inexpensive.

After the middle 1700s, the Europeans had learned to make good quality porcelain, but the porcelain of Jingdezhen was still appreciated for its high quality and relatively lower cost until the end of the Qing Dynasty and for a few years afterwards. In 1712, a Jesuit who visited Jingdezhen sent a letter that explained how to make it. This letter was widely read and aided porcelain production in Europe. However, Jingdezhen was a huge porcelain production center, and the price of labor was lower there than in Europe.

Eventually, the technology of porcelain production spread to other areas of East Asia. It is thought that Koreans first started to make porcelain ceramics during the time of the Song Dynasty (960–1279).

Porcelain production in Japan started later than that in China and Korea. It was not until the 17th century that Japanese made porcelain. Japanese artists developed their own style of porcelain emphasizing aesthetic qualities of a natural "organic earthy" feeling, simplicity, and austerity.