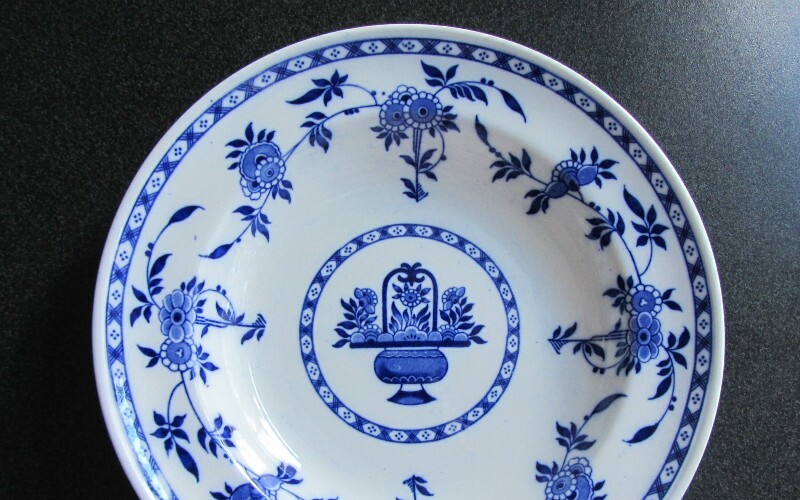 An important invention of the ancient Chinese people was that of a fine, delicate material known as porcelain. It isn't one of the most famous inventions to come out of ancient China, such as gunpowder or printing, but porcelain was still one of the main exports in Chinese history.

Today, it is a popular souvenir for tourists and can be found in many markets and specialty stores throughout China.

What is porcelain made of?

The porcelain developed in China consists of a well vitrified ceramic. This ceramic is usually composed of a type of clay called kaolin. It can include ingredients such as: glass, bone, ash, quartz, and alabaster.

Why was porcelain first made in ancient China?

The three essentials for porcelain are kaolin, fuel for high-temperature kilns, and glaze.

When was porcelain invented?

Pottery first appeared in the Shang Dynasty (c.1600-1046 BCE). It's the primary foundation of porcelain craftsmanship. The porcelain production was started from the Han Dynasty (206 BC - 220 AD). Its production continued to be an important national art all the way up until the Qing Dynasty (1644 -1912), the last imperial Chinese dynasty.

The complete history of porcelain in China and the world is one of interest to history buffs, lovers of culture, and anyone with an interest in visiting China for themselves.

What was porcelain used for in ancient China?

There were many uses for the durable and beautiful material known as porcelain. In the ancient world porcelain was a necessity.

For everyday use, it was used to create cups, plates, and other useful items.

Exquisite, high-quality porcelains were usually housed as decoration or served as gifts.

It was also used to create decorative statues and ornate trinkets for the higher classes.

Why is porcelain called "China" in the West?

An apt stamp on porcelain: Chinese porcelain is known as "china".

Ever since the first pieces of porcelain were imported by traders to the western world, it has been uniquely associated with its land of origin. The name "china" comes from the fact that the China was the sole producer of porcelain in the ancient world.

From the Song Dynasty (960-1279) to the end of the Ming Dynasty (1368-1644), Chinese porcelain created a mass fervor wherever it arrived and changed lifestyles with its practicality and desirability. Until today, there's no other product in the world that has achieved such a lasting influence for hundreds of years.

Porcelain in the Modern World

Nowadays, Chinese mainland and Hong Kong offer many museums and shops where you can view and buy ancient antique porcelain and porcelain artwork.

Aside from viewing the major collections in places like The Forbidden City, there are also markets devoted specifically to selling Chinese porcelain.

The Chinese art of porcelain making is considered with national pride to this day. In western nations, the material is often referred to simply as "China" due to its close connection to those who invented it.

Is One Type Of Porcelain Better Than Another?

There are different grades of porcelain, which is something to keep in mind when purchasing. The higher quality porcelains made in China are fired longer or more often than lower grades. The best Chinese porcelain is valued for its durability, thinness, and bright, colorful artwork.

How Does Chinese Porcelain Differ From The Japanese Variety?

In contrast, Japanese porcelain was generally thicker, had stilt marks or tiny bubbles on the underside of the pieces, and was often blandly colored. Chinese porcelain was known to be more artistic in nature and was prized over the Japanese varieties by foreign buyers.

Where To Buy Porcelain In China

Jingdezhen, Quanzhou, and Foshan in Guangdong, and Hong Kong are excellent places to go if you have an interest in viewing and/or buying authentic and high grade Chinese porcelain.

Jingdezhen is still China's “porcelain capital,” and you can join one of our tours. The Jingdezhen Ceramics Museum has one of the world's best collections of ancient porcelain.

Modern pieces are available for sale, and you might be able to watch masters at work.

Quanzhou is known for the 德化瓷器 Dehua Ciqi /der-hwah tsuh-chee/ that became popular in the Ming era. A great place to go there is the Quanzhou Tourism Shopping Center 泉州旅游购物中心.

Near China's mercantile capital of Guangzhou is the city of Foshan with a long history of porcelain production, ancient kilns to tour, and shops to buy both souvenirs and investment pieces.

You can tour the town of Shiwan 石湾 (shíwān) and the 500 year old Nanfeng Kiln.

Hong Kong is known for two fine museums: the Flagstaff Museum of Teaware and the Hong Kong Museum of Art. There have a representative selection of antique pieces from the various dynastic eras.