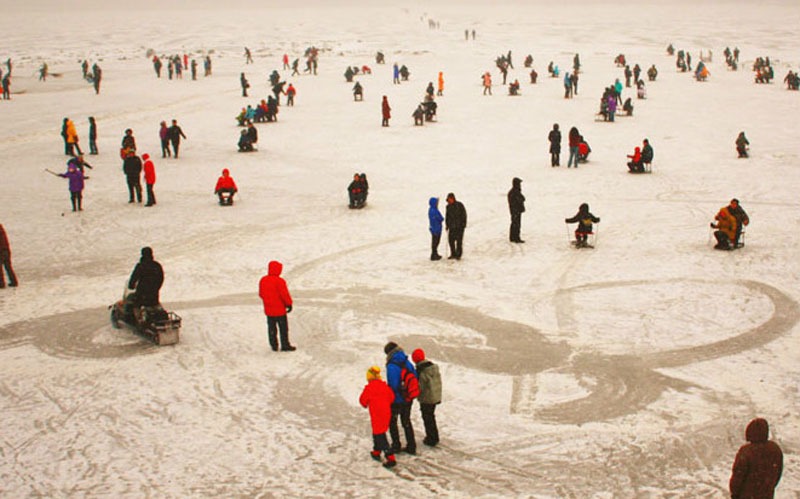 Changchun Travel Guide - How to Plan a Trip to Changchun

Changchun was the capital of the Japanese-ruled state of Manchukuo during its occupation from 1937 to 1945. Vestiges of the city's disgraceful past remain, mainly in the form of palace where the last Qing Emper of Puyi ruled the state as a puppet of the occupying Japanese.

Changchun has been renowned as "city of movies" and "city of automobile". Changchun is the cradle of Chinese film production. The film studio in Changchun has produced over 600 films since its establishment in 1946. Some of the old films still linger on throughout the country.

Changchun saw china's first automobile company-the Changchun No. 1 Automobile Corporation now takes on a leading position in the automobile industry in China, which produces over one fifth of all the domestic autos.

Changchun is an ideal winter tourist destination. The freezing cold weather has resulted in some of the finest ski resorts in China. The Beidahu, Jingyuetan and Songhuahu ski resorts are great places for ski lovers seeking both for fun and challenge. The rime scenery in winter in the area has been recognized as one of the four natural wonders of China.

Local Food and Snacks You May Want to Try

Delicacies of Changchun combine different flavors of China. Particularly, they emerge the essences of the dishes of Sichuan province, Shandong Province and Beijing. Local wild game animals are the biggest feature here, which are very popular among visitors at home and aboard.

Long White Cherish Feast has six main dishes, which all adopt Long White Mountain local special products as their materials-ginseng, young pilous antler, bear paw, Feilong, Xueha, and Songrongmo. It gathers the essence of Chinese traditional feast, exquisite workmanship, and luxurious decorations in table-board and rich colors. Its biggest specialty lies in the dishes not only delicious but also meditative.

It is a famous in Changchun City. It adopts the most famous wine in China-Maotai Wine as a seasoning to remove the flavor of ginseng and add the fresh flavor of chicken. This dish is colorful and fragrant with elegant shape. It is a dish with distinctive local features.

It is a food with Hui Nationality flavor. Because the name of the first maker of the dish is Huibaozhen, it hence gets the name. It has a history of over 70 years. Its fillings are large, its soup is very fresh and its shape is beautiful.

It has a history of over 100 years and is popular among people. Main materials are: red bean, egg, white sugar, etc. It is like a ball. Before eating, local people always throw some white sugar on it hence it gets the name. It is fragrant and sweet with a special flavor.

The climate of Changchun is in the transition belt between the eastern humid hilly region and the western semiarid flat region, a continental sub humid monsoon climate of medium latitudes.

The east and the south are not far away from the sea, yet Long White Mountain obstructs and slacks down summer monsoon; the west and the north are the flat Songliao Plain, continental polar airs from Siberia proceed without hindrance and various monsoons have serious effect here.

So the climate characteristics here are: it is very long and extremely cold in winter; it is dry and windy in spring; it is very short and warm in summer; and it is sunny and cloudless but the difference in temperature is very large in autumn. Annual average temperature here is 4.8 °C, with maximum temperature 39.5 °C and minimum temperature -39.8 °C. Annual temperature changes significantly, with distinctive four seasons.

The best time for traveling is in summer and autumn.