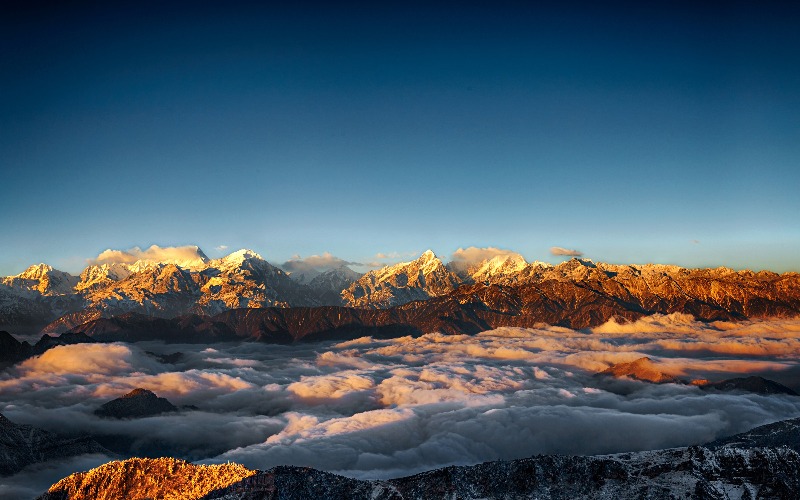 Lying in the southwest corner of China, Tibet is large in area and small in population. Being the major part of the Qinghai-Tibet Plateau, Tibet has a complicated geological structure. Here, the climate is harsh, with chillness and oxygen shortage. Mountains in Tibet are particularly high, with the average altitude of ground level over 4000 meters. As a result, Tibet was regarded throughout the world as a “Forbidden Area for Planes” due to the great difficulties for planes to land there. However, in 1956, Damxung Airport was completed and put into use, opening the gate to Tibet in the sky. On March 1st, 1965, Lhasa Civil Aviation Airport was set up and the flight route Beijing-Chengdu-Lhasa was officially opened, making it possible to fly to “The World’s Third Pole”, Tibet.

Lhasa Gongga International Airport now has launched 12 flight routes, including one international flight route: Lhasa-Katmandu. This airport connects Tibet with the following Chinese cities: Beijing, Chengdu, Shanghai, Guangzhou, Chongqing, Xian, Xining, Kunming, Diqing, Changdu and Hong Kong. There are over 40 flights every week, with a passenger throughput of over 700,000 people every year.

The new terminal building of Lhasa Gongga International Airport is a one-and-a-half-story, reinforced-concrete-frame structure. It is equipped with an advanced computer management system, with all kinds of service facilities. On the first floor, there is the Departures Hall, Check-in Hall, Far Runway Boarding Lounge, Baggage Claims Area and so on. On the second floor, there are the other boarding lounges, restaurants, stores and so on. There are 4 aerobridges altogether: 1 two-channel aerobridge and 3 one-channel aerobridges.

A two bridge and one tunnel road from Lhasa Gongga International Airport to the city of Lhasa has been completed. It takes tourists only 35 to 40 minutes to get to the center of Lhasa from the airport. The bus price is 45 RMB.