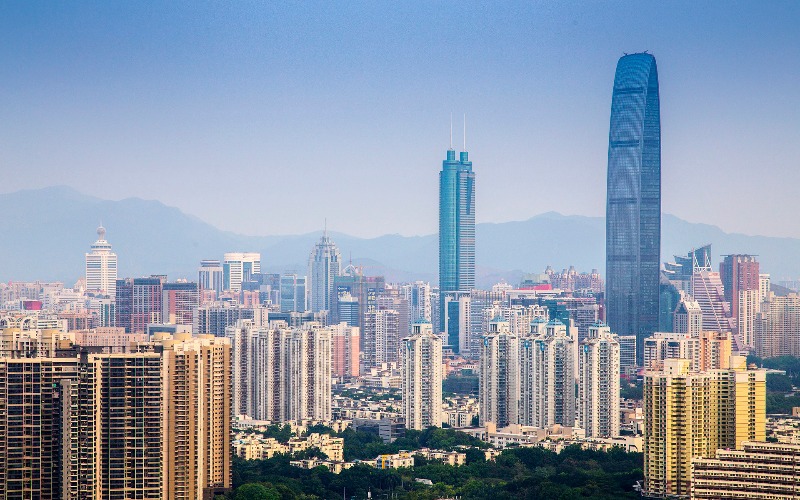 Shenzhen Futian Railway Station is a major station on the Guangzhou–Shenzhen–Hong Kong Express Rail Link. It is the first underground railway station located in a central city area of Chinaand the largest of its kind in Asia, second only to New York’s Grand Central Terminal in the world.

The gross floor area of the station is 147,000 square meters, equivalent to the size of 21 football pitches. It consists of three underground layers. The first layer isfor passenger transfers between vehicles or subways, the second layeris where the ticket hall and waiting hall are located, and the third layer is where the trains stopfor passengers to board and disembark.

Layout of Futian Station on Map

Futian Railway Station is located in the central area of Futian District, Shenzhen, with direct transport linksto many modes of transport, making it the primary choice for train travel.

Transferring to the subway is easy and convenient on the first underground floor, with a subway station set for subway lines 1, 2, 3, 4, and 11 that is yet to open. Seamless transfers between subway lines, taxis, and public buses are available. Inthe transfer hall, there are fiveescalators heading to the second floor, which serves as the waiting hall for trains.

Whensubway line 11 opens to the public, it will take only 25 minutes to get from Futian Railway Station to the airport.

The first train operated onJanuary 9th, 2016, and23 pairs of trains run daily. At the moment, there are only bullet trains heading to Guangzhou South Railway Station from Futian Railway Station, taking just42 minutes to get there. The ticket price is 82 yuan fora second class seat and 108 yuan for a first class seat.