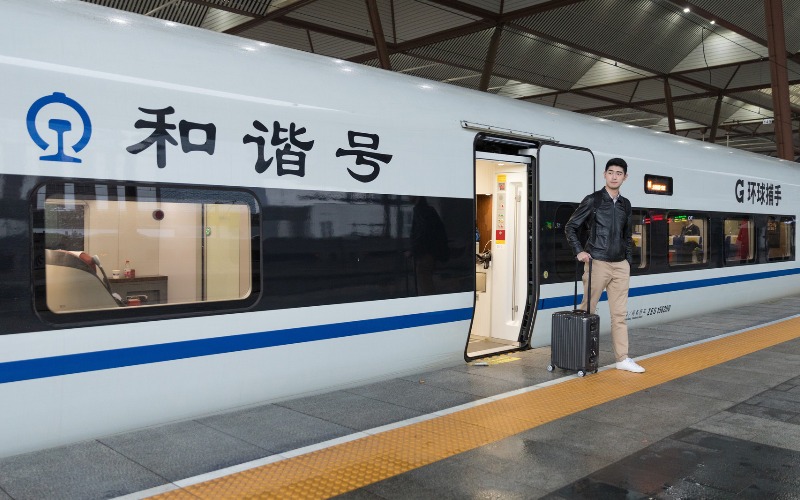 Smoking is prohibited on all Chinese high-speed trains (G, D, and C trains). Most normal-speed trains (Z, T, and K trains) offer smoking areas in the spaces between the cars.

You are allowed to smoke in the open areas on the platforms. Below, we have detailed four important facts you should know about smoking on Chinese trains.

These trains are all equipped with smoke detectors. Smoking anywhere on the trains will trigger an alarm, slowing down or even stopping the train.

2.You Can Smoke in the Open Areas of the Platforms

If you are traveling on a long train journey and you really need to smoke, you can get off the train and smoke on the open-air platform for a little while when it stops.

However, the stopover time at some stations is only for 2–3 minutes. If this is the case, the staff members on the platform will urge you to get back on the train at once.

Therefore, it is best to check the stopover time at each station in advance and then decide when to smoke during the long trip. What’s more, you’d better stay close to your car’s doorstrong> so that you can get back on the train again in time.

3.Where Is the Smoking Area on a Normal-Speed Train?

The Normal-Speed Train in China

China's high-speed rail networks all prohibit smoking but the ban does not apply to normal-speed trains. Smoking is banned in the cars on normal-speed trains and is allowed only in designated areas, which are often the connecting areas between the cars.

You will find the “Smoking” sign at the connection space between two cars and will see some Chinese smokers there too.

Smoking is being banned on more and more normal-speed trains for health and safety reasons. You can ask the staff members on the train if there is a smoking area and where it is.

You can show them these bilingual sentences for help:

4.The Consequences of Violating the Smoking Restrictions

According to a newly released document in China, those who violate the smoking rules on high-speed trains or in the non-smoking areas on normal-speed trains will be prevented from traveling on trains for 180 days and will be fined 500–2,000 CNY (71–296 USD).

If the result of smoking is deemed a threat to public security, besides the punishments mentioned above, the violator will also be given up to 15 days’ security detention or even be subjected to criminal proceedings by the police.

You can read about the differences between the train types and seat classes in China via this link: Choose China Train Types and Seat.