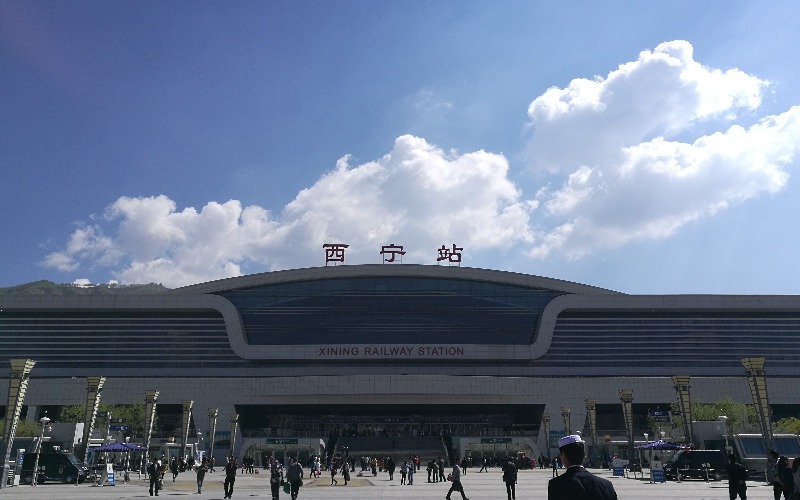 Xining Railway Station, at the crossway of Lanzhou-Qinghai and Qinghai-Tibet railway lines, was built in 1959. It serves as an important railway hub, with trains heading to to Lhasa, Golmud, Beijing, Shanghai, Xian and Qingdao.

With the completion of Qinghai-Tibet Railway line, Xining Railway Station becomes an important hub on the line. Most trains heading to Lhasa from all around the county stop over at Xining railway station and it takes 24 hours or so from Xining to Lhasa. All trains depart in the afternoon. Train K9801 is the only train with starting point in Xining and arrives in Lhasa, and the train departs at 2:55 pm every other day.