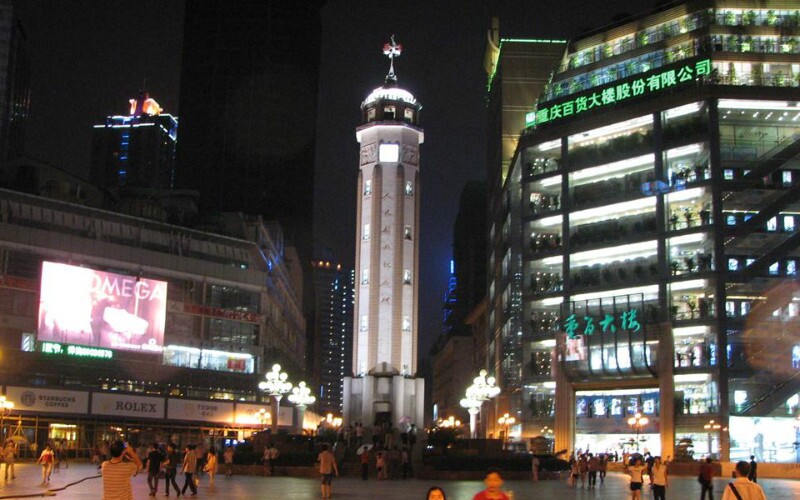 Chongqing People's Liberation Monument was built in 1945 to commemorate the victory over the Japanese in WWII. It was renamed in 1950 to commemorate the Communist conquest of the area. It is in a large pedestrian shopping plaza that is in the Yuzhong District that is regarded as the commercial center and financial center of Chongqing. There are a lot of stores, bookstores, theaters, hotels and office buildings around it. A snacks street where people can go to eat is 300 meters away. The Chongqing People’s Liberation Monument area is the city’s main shopping and business area.

The People’s Liberation Monument is about 27 meters tall. It stands in the Jiefangbei commercial square that is kind of like Times Square in New York. Jiefangbei square is a pedestrian square about 24,000 square meters in area. It was completed in 1997, and around the square are large malls and shopping centers, luxury hotels, entertainment areas, financial companies and high-rise buildings.

About 300 meters away is a snacks street to buy snacks and eat in restaurants. Less than 200 meters away is a large Carrefour supermarket that is sort of like an American Walmart, but it is a French company. You can go there to find western-style food or things you’d expect in a Walmart.